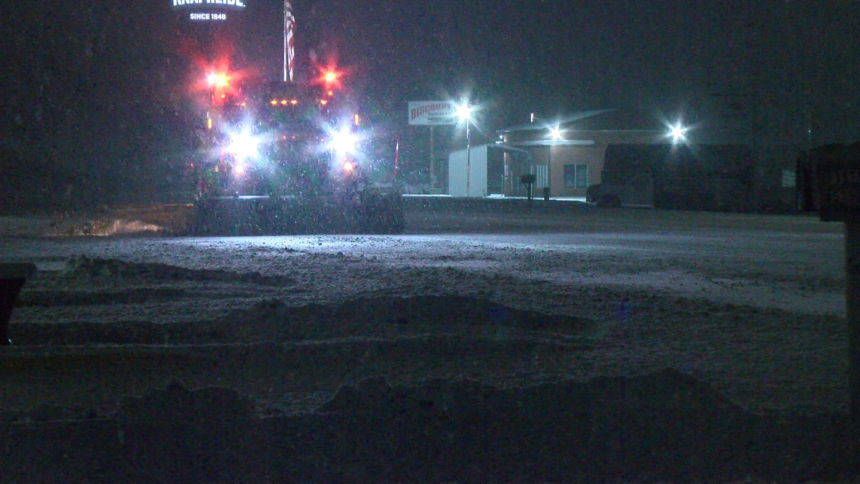 Snowfall continues to fall in the Tri-State area on Friday making conditions slick for the morning commute.

MoDOT engineer Kevin James said crews worked through the night treating roads and will stay out until they are clear.

James said Friday morning that many roads were still snow covered in northeast Missouri, and plows had not yet made it to all secondary roads .

James urged drivers to give slow plows plenty of room. He said a snow plow was hit Thursday in northeast Missouri.

James said no one was injured, but the equipment was damaged.

In Iowa, snow plows have been active in Lee County from Houghton to Keokuk. Most of the four-lane highways have only one lane clear in both direction as crews work to clear the roads.

And in Illinois, IDOT said crews are out treating areas prone to icing such as bridges, overpasses, ramps and shaded areas.

Officials advise drivers to give them room to do their jobs.

Dozens of local schools have decided to cancel classes on Friday.