Smart-home technology may help us age safely at home 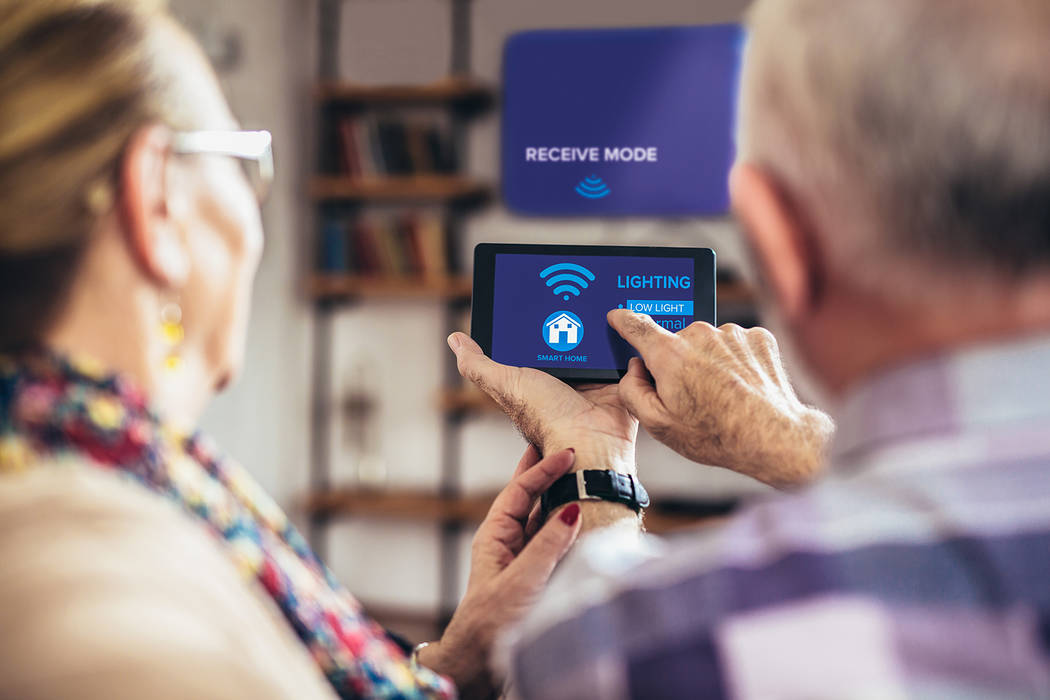 Smart-home technology may help us age safely at home

In the age of technology, aging at home is all about connectivity.

That was the theme of a panel on independent living this month at CES 2019, where industry professionals discussed how integrating smart devices into the home, such as cameras that prevent falls by detecting poor gait, could allow seniors
to remain independent
late into life.

“When we ask seniors to rank what was most important to them when they thought about retirement, living independently, in-home, for as long as possible was almost as important as being independent,” said Dina Abdelrazik, a research analyst with Parks Associates in Dallas, who studies the connected home.

A survey by AARP found that by and large, seniors are adopting technology into their everyday lives. About a quarter of respondees, all older than 50, said they own cars with driver-assist technologies. About half had smart TVs and 1 in 7 owned a home assistant, such as Amazon Alexa.

“As devices get way smarter (and) as the price point comes down, that’s what makes them accessible,” said Andy Miller, senior vice president of innovation and product development at AARP.

Whereas smart TVs, when introduced, were financially out of reach for many, they’re becoming the norm in many homes.

Now, voice assistants are making their way into the homes of seniors, and serving an unintended purpose, Miller said: relief from social isolation.

“It becomes a companion,” he said. “Folks will just use it to have conversations.”

And those voice assistants could be the link between a series of in-home technologies that turn a brick-and-mortar structure into a sort of digital caregiver. Smart pill dispensers, and cameras and sensors that keep a watchful eye on seniors and alert caregivers or first responders if there’s a problem, already exist.

And though telemedicine is around, it’s not fully integrated into the home.

Dr. Chris Gibbons, founder and CEO of the Greystone Group, envisions homes of the future having a high level of “smart.” He told a room of CES attendees that a smart home can work in the background to become a means of health care — for example, humidifying the air and dispensing a medication through a vent in the case of an asthma attack.

The technology of the future will probably involve fewer wearables, panelists said. Instead, Miller said he expects to see greater connectivity, where as many as 15 distinct technologies integrate through one voice assistant.

“Today, the solution is just to go buy a bunch of sensors and install them around your house,” Miller said. With a central hub, “there is no setup; it’s just there.”

But in the next five years, Miller estimated, that could change. Technology that creates a holograph of a loved one to bring someone miles away into your home is coming.

“I do think you’re going to see more and more leveraging of biometrics and voice to drive through our daily activities,” Miller said.