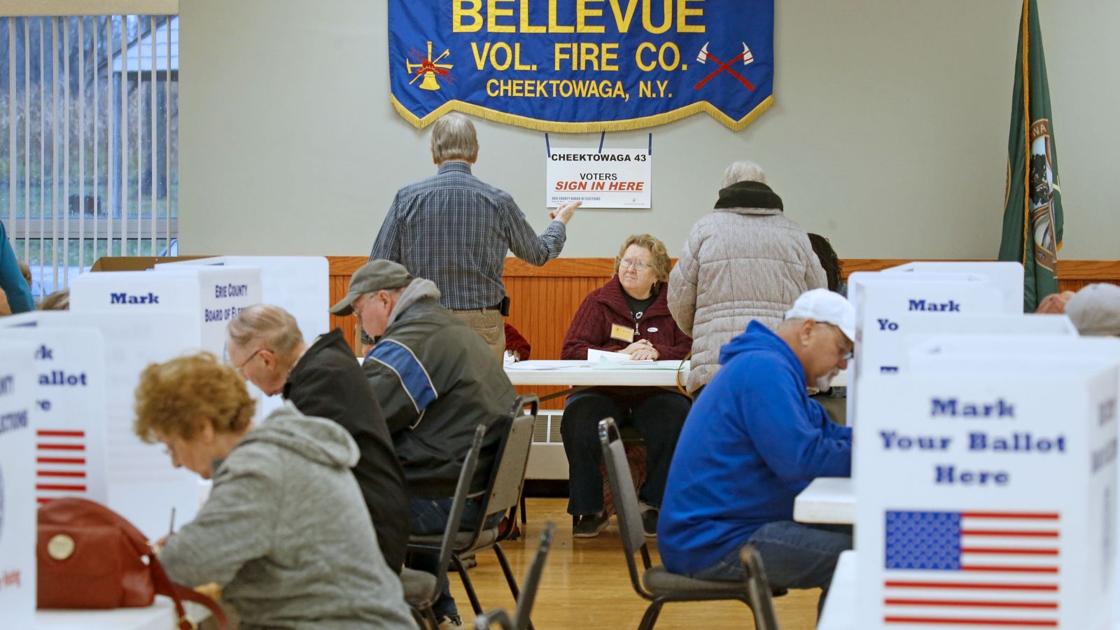 In Erie County, the president carried 21 of the county’s 25 towns, also losing in Amherst, Tonawanda and Aurora as well as the cities of Buffalo, Tonawanda and Lackawanna. But Trump retained his appeal this year in other Democratic towns like Hamburg, West Seneca and Lancaster after claiming them in 2016. Along with the more rural municipalities, however, they were not enough to overcome the pluralities in Buffalo, the smaller cities, and the big towns.

Hamburg Republican Chairman Dan O’Connell said even though the majority of his town’s voters are registered Democrats, many are unhappy with their party and stuck with Trump (if only by 241 votes).

“They’re sick and tired of nonsense like ‘defund the police’ with the Democratic Party,” he said, adding that inclusion of Harris, who some view as more liberal than moderate Democrats, on the ticket did not help Biden in Hamburg.

“People talk about the health of Biden and if he might not make it for a first term – then we’d have Kamala,” he said. “People are not happy about it. Moderate Democrats are no longer represented.”

Cheektowaga, meanwhile, retains a unique ability to point the way in many key elections. Since 1942, for example, Cheektowaga has rarely failed to predict Erie County’s vote in a gubernatorial contest. One exception occurred in 1982, when Erie County went with Democrat Mario M. Cuomo, but the town barely supported Republican Lewis E. Lehrman in an aberration that experts say stemmed from Cuomo’s refusal to support the death penalty.