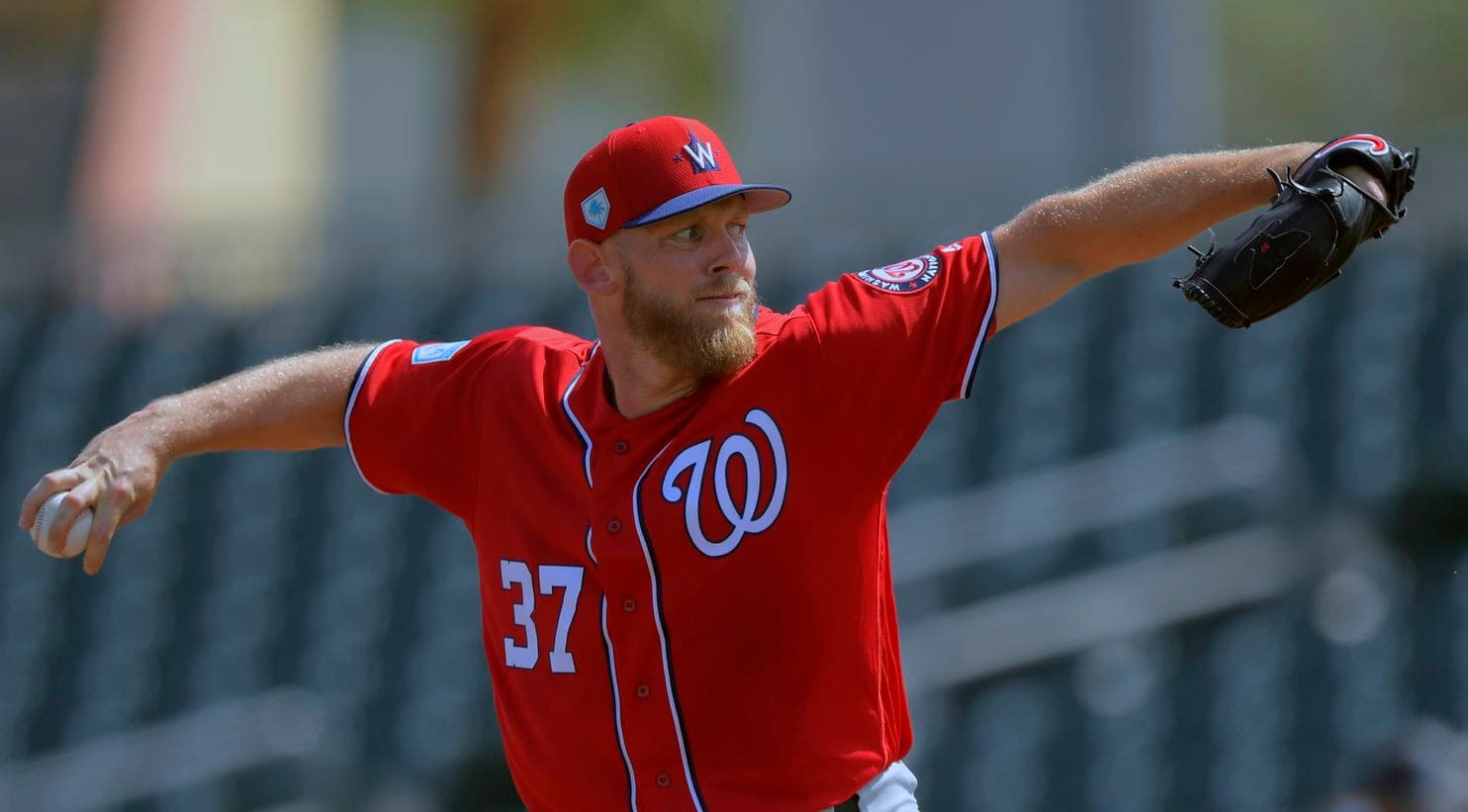 In addition to providing a final tuneup for both teams ahead of Opening Day, Monday’s exhibition game between the Nationals and Yankees at Nationals Park was supposed to be a meaningless rematch of last season’s World Series, at least according to the experts at Sports Illustrated. This time last year, the venerable magazine predicted Washington would defeat New York to win the District’s first World Series title since 1924. Instead, the Nationals missed the playoffs altogether in Manager Dave Martinez’s first season at the helm. Meanwhile, the Yankees won 100 games, but lost in the American League Division Series to the Red Sox.

Last year marked the fourth time in six seasons that Sports Illustrated picked the Nationals to win the National League pennant, and the third time the magazine tabbed Washington as World Series champs. Despite winning four National League East titles since 2012, the Nationals are still looking for their first playoff series win.

Sports Illustrated’s 2019 MLB preview issue is on newsstands this week, and if you’re the superstitious type, there’s no need to worry about an SI jinx — cover or otherwise — this year. The two regional covers feature Bryce Harper’s Phillies and Manny Machado’s Padres, and not only is SI not picking the Nationals to reach the World Series for a change, the magazine predicts Washington will fail to reach the postseason.

[Patrick Corbin’s tale sits between myth and reality. The Nationals need him to bridge the gap.]

SI projects the revamped Phillies, who boast a powerful lineup but not much in the way of proven starting pitching beyond Aaron Nola and Jake Arrieta, to finish 92-70, seven games ahead of the 85-77 Nationals, followed by the Mets, Braves and Marlins. The Brewers and Dodgers are projected to win the NL Central and NL West, respectively, with the Cardinals and Cubs claiming the two wild cards. In the playoffs, SI predicts the Astros will defeat the Phillies in the World Series. Apparently those expectations followed Harper up Interstate 95.

This year marks Harper’s first SI cover since 2015, when the magazine picked the Indians to beat the Nationals in the World Series, and the first time the Phillies have graced the cover of the MLB preview issue since 2011, when the starting rotation of Cliff Lee, Roy Halladay, Roy Oswalt, Cole Hamels and Joe Blanton made them World Series contenders. After SI predicted they would lose to the Giants in the NLCS that year, the Phillies won the division by 13 games, but lost in the NLDS to the eventual World Series champion Cardinals. Philadelphia hasn’t been back to the postseason since.

[As their starters go, so go the Nationals]

The last time Sports Illustrated picked the Nationals to miss the playoffs, Washington won the 2016 NL East title before losing to the Dodgers in the NLDS. Since 2012, SI has correctly predicted only two of the 14 World Series participants, so it’s premature to worry how it will feel to watch Harper step to the plate in red pinstripes in late October.

Read more on the Nationals:

New at Nats Park: Steamed buns, pupusas and so many oysters

The Braves have The Freeze. Now a Nats affiliate is introducing ‘The Anti-Freeze.’