Should Gifted and Talented Education Be Eliminated? 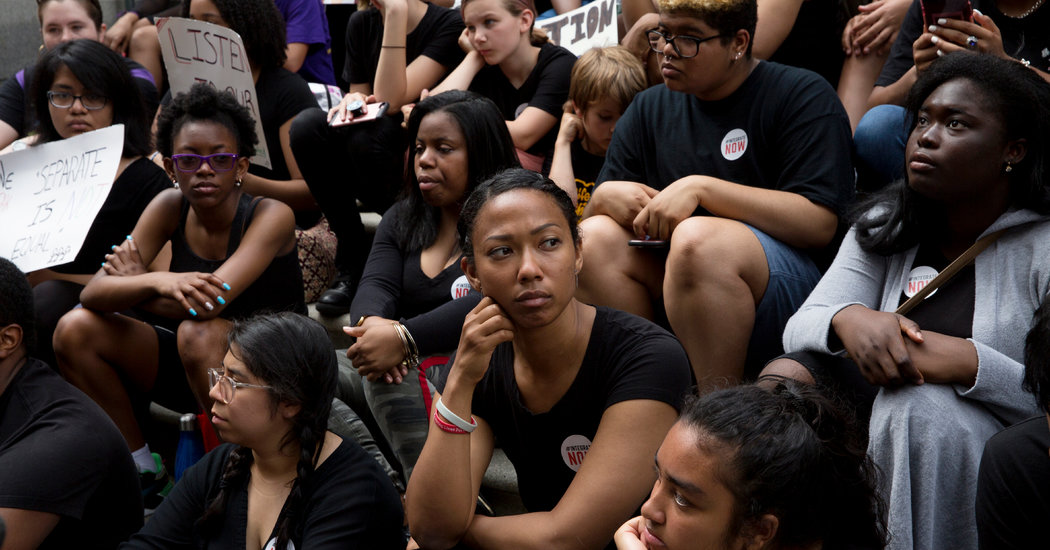 Should Gifted and Talented Education Be Eliminated?

The article “Should a Single Test Decide a 4-Year-Old’s Educational Future?” explains how students get admitted to the city’s gifted classes and schools:

To get into a gifted and talented elementary school program in New York City, children must ace a single, high-stakes exam — when they are 4 years old.

This admissions process is now a flash point in an escalating debate over how to desegregate the nation’s largest school district.

Although New York’s school district has mostly black and Hispanic students, the city’s gifted classes are made up of about three-quarters white and Asian students. Experts say the single-exam admissions process for such young children is an extremely unusual practice that may be the only one of its kind nationwide.

Every January, roughly 15,000 4-year-olds walk into testing centers across the city. On the exam, they are asked to finish patterns: For example, if children are shown a triangle, a square and a triangle in sequence, they are asked to name what shape comes next. They are also asked to solve simple arithmetic problems and define words.

Children have to score at least in the 90th percentile on the exam to be considered for a gifted program in their neighborhoods. Because of the high demand, students typically have to score in the 99th percentile to qualify for one of five even more selective programs, which are among the best-performing schools in the system. Each year, around 3,600 students are eligible for one of the roughly 80 gifted programs in total.

The educational task force proposed that the mayor should eliminate the entrance exam and the entire gifted and talented program in an effort to desegregate the city’s schools. Eliza Shapiro reports on the issue in a related article:

A group of selective schools and programs geared to students labeled gifted and talented is filled mostly with white and Asian children. The rest of the system is open to all students and is predominantly black and Hispanic.

Now, a high-level panel appointed by Mayor Bill de Blasio is recommending that the city do away with most of these selective programs in an effort to desegregate the system, which has 1.1 million students and is by far the largest in the country.

Gifted programs and screened schools have “become proxies for separating students who can and should have opportunities to learn together,” the panel, made up of several dozen education experts, wrote in the report.

About a quarter of the city’s middle and high schools require that students be screened — through exams, attendance rates and grades — for admission. New York screens more students for its schools than any other city in the country, and those screened schools tend to have a disproportionately white and Asian enrollment.

Students, read one or both of the articles, then tell us: