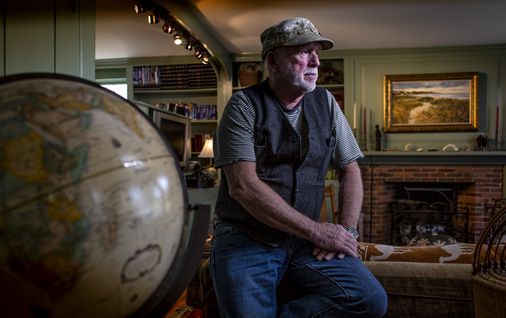 On March 10 at 11:54 a.m., Robert “Bo” Warren stepped off the bus in the small European country of Andorra and kissed the ground, completely shocked that he did it. The Shelburne resident had documented visits to all 195 countries.

In January, Warren had embarked on a three-month journey that would also check off North Korea, the Maldives, Vanuatu, and Kiribati. Now, Warren has started a nonprofit called “World Travel Learning Center” to share his travel knowledge with others.

He shared some experiences with the Metro Minute.

Q. How did it feel when you were done?

A. I don’t know how to explain it. I mean, 36 years of my life has been spent [to reach the goal], and I’ve seen the good the bad and the ugly. So to come to the end of the road in my life, it was almost crazy.

Q. This last trip took you to 11 countries, when you only had four you hadn’t been to. Why did you return to those previous countries?

A. I have criteria in order for me to say I’ve been to a country, that’s why I went back to Andorra — it wasn’t documented [in my journals].

I try to seek out what’s significant in that country. Nepal is a great example. I would’ve had to attempted to climb Mount Everest in Nepal . . . [or else] I can’t in my mind justify that I’ve been. I made it to 22,500 feet before I was evacuated from the mountain. I am not a mountain climber, I’m a world traveler, but it was important to me to do that. The stories I got from that experience are unbelievable. It’s got to be worth it to you.

Q. What was your favorite country you visited, and why?

A. There’s only two questions I don’t answer directly usually, and that’s one of them. [The other is his age.] If you were so fortunate to see the Great Wall of China, or to climb Everest, or to see the majesty of the Serengeti, wouldn’t that be presumptuous of me to say that one was better than the other?

Q. What’s something you always keep handy on your trips?

A. Peanut butter! I always leave with two super large jars of Jif Extra Crunchy because it’s a food that packs very well and is high in protein. Bread is always available, so I spend a lot of time eating peanut butter sandwiches.

The other thing I always have is a front pack, a side pack. and backpack. And always a journal; it’s always in the front pack with the valuable things I carry. Nothing is more valuable to me than my journals.

Q. What artifacts did you bring back from your most recent trip?

A. I have a mahogany wedding bowl from Vanuatu (in the South Pacific). In the republic of Maldives (in the Indian Ocean) I acquired a fishing lure they made out of seashells.

A. Don’t let your fears rob you of your dreams. You should know that the world is not nearly as dangerous as one might think.