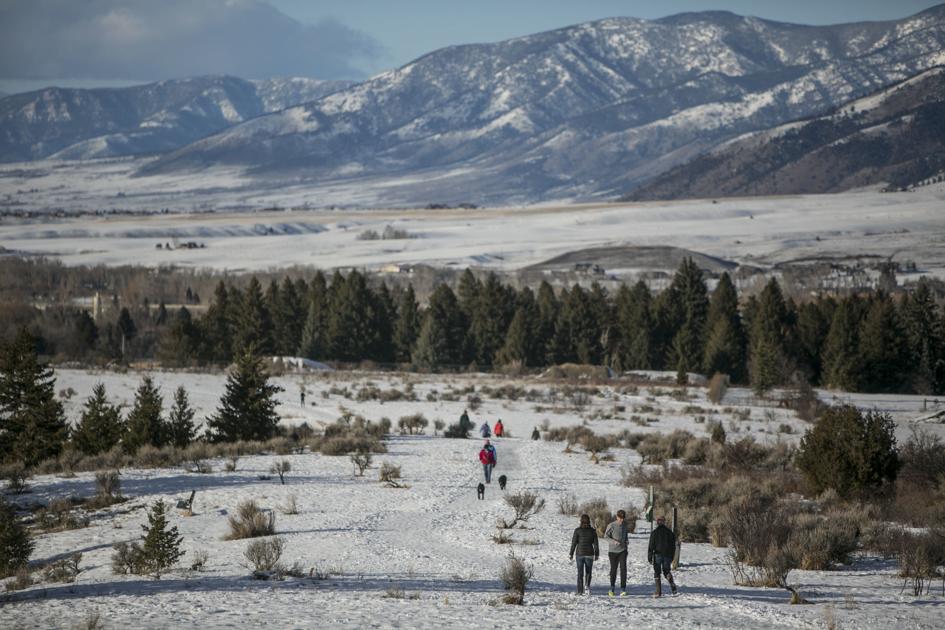 Shortly after the Senate Committee on Energy and Natural Resources voted Tuesday to advance legislation for full permanent funding of the Land and Water Conservation Fund, Montana Republican Sen. Steve Daines reiterated his support for the popular conservation program and denounced conservation groups that have criticized him.

The legislation would allocate $900 million — the maximum amount — annually to the program, which uses oil and gas royalties to pay for some city parks, trailheads and fishing access sites in Montana. Now that the committee has approved the bill, it will go before the full Senate.

“This is a major milestone today and (we’ll) keep pushing here now throughout the balance of this Congress,” said Daines, a committee member.

“It usually doesn’t happen as fast as we all want it to, but you keep pushing, you keep persevering,” he said.

Democratic Sen. Jon Tester called the committee’s work “a critical leap forward.” He urged Senate Majority Leader Mitch McConnell to bring the bill to the floor and said he will “continue my push to get this across the finish line.”

Both Daines and Tester have requested full permanent funding, which would eliminate the uncertainty of the congressional budget process by ensuring the LWCF receives $900 million every year.

Although Daines has expressed full support for the LWCF, he also wrote a letter to the Senate Appropriations Committee in May asking for at least $600 million for the program in this budget cycle. Conservation groups have criticized Daines for not requesting the maximum level of $900 million.

Daines defended his letter on Tuesday. He said there are conservation groups “that want to develop another narrative” and pointed out $600 million is more funding than the program has received in many years.

“As we continue to move the needle in the right direction, we’re going to have to find ways for the House and the Senate (to) agree,” he said. “If we can’t get the full funding, which is the goal, the backup measure here is to continue to push to get significant increases.”

Montana Conservation Voters, which has long advocated for full LWCF funding, criticized Daines in a news release. Daines’ “support rings hollow after he asked his colleagues to shortchange LWCF by hundreds of millions of dollars just a few months ago,” said Deputy Director Whitney Tawney.

Montana Conservation Voters was among several groups at an event outside Daines’ Bozeman office last week to push for full LWCF funding. During the event, a banner hung from Daines’ office saying he “always has ~ always will” support full funding.

Other conservation organizations applauded the effort of Daines and the committee to bring the LWCF bill to the Senate floor.

“Ensuring full and dedicated funding for LWCF will also ensure the future of Montana’s outdoor recreation economy and the diverse benefits that LWCF provides to Montana’s communities and working landscape,” Alec Underwood, of the Montana Wildlife Federation, said in an emailed statement.

The Land and Water Conservation Fund Coalition thanked the committee for moving the bill forward.

“For too long, LWCF funds have been siphoned off for non-conservation government spending,” said Tom Cors, a coalition spokesperson. “This bill, S. 1081, is a simple fix to restore honest budgeting to America’s most important conservation and recreation program.”

In addition to passing the Senate, the House must vote for the bill. In June, the House Natural Resources Committee approved a companion bill, which the full House has yet to consider it. Rep. Greg Gianforte, a Republican, isn’t sponsoring the House bill. His spokesperson has said Gianforte supports “robust funding” for LWCF.

Earlier this year, President Donald Trump permanently renewed the LWCF after Congress allowed the program to expire — a move that had the backing of Montana’s entire delegation. Since its passage, the debate about the LWCF has centered on how much money the program should receive.

As the effort for full permanent funding progresses, Congress is also working on appropriations for fiscal year 2020. The House budget bill includes $524 million for the LWCF and the Senate bill includes $465 million.

“We’re not satisfied with that,” Daines said. “We want to get to the permanent full funding of $900 million.”

A conference committee will review the House and Senate spending bills and draft a final bill. Trump must sign the bill before Nov. 21 to avoid a government shutdown.

Also on Tuesday, the Senate Committee on Energy and Natural Resources advanced a bill to address the $11.9 billion backlog of infrastructure projects at national parks.

The Restore Our National Parks Act would use $1.3 billion worth of energy royalties every year for the next five years to pay for work like parking lot improvements, construction of employee housing and upgrades to water and sewer systems. The act will next go before the full Senate for consideration.

Both Daines and Tester said they will work to bring the bill to the Senate floor.

A similar bill, which Gianforte sponsors, is also before the House.

The Property and Environment Research Center, a Bozeman-based group that advocates for free market environmentalism, celebrated the move.

“It is great to see that Congress is finally making real progress at maintaining not just expanding America’s public lands,” said Shawn Regan, a research fellow at the center.

“Without a plan to address these rising costs across the entire public land system, the result will be more closed roads, trails and campgrounds — and less access for sportsmen and women,” he said.