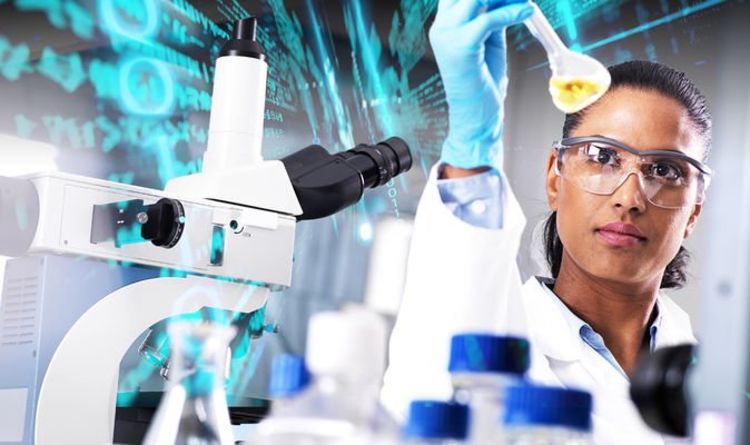 Technological revolutions, ranging from Artificial Intelligence (AI) powered R&D of medicines and vaccines, next-gen materials, increased automation and an increasing role for big data are all expected to transform the economy and society itself this year. Jeff Zhang, Head of Alibaba DAMO Academy and President of Alibaba Cloud Intelligence, said in a statement: “Technology has played a critical role in fighting against the pandemic since early last year, and it will continue to reshape our society and industries through innovative production models and intelligent services. We hope to work with academia and industry players to accelerate the exploration of frontier research, in the hope that we can make technologies more accessible to various businesses, and together we can rise up to the challenges imposed by the pandemic and accelerate the pace of a digital economy.”

The application of these materials was until now limited to only a narrow scope of fields due to their complex processing methods and high costs.

However, revolutions in material growth and device fabrication have helped cut the costs of these materials, rendering a wider range of applications achievable.

For example, SiC-based devices are used for vehicle inverters and super-fast electric car chargers are emerging in the market.

In the next five years, the world will witness third-generation semiconductor materials arriving in areas including 5G base stations, new energy vehicles, ultra-high-voltage power grids and data centres.

JUST IN: Sahara could be roaming with elephants – scientists tip desert to turn green

2020 witnessed investors around the world flock to the quantum computing field, while related technologies and ecosystems thrived.

This trend is forecast to garner even more attention from all corners of society in 2021.

Mr Zhang told Express.co.uk: “The mission in the “’post-quantum-supremacy’ era must be aligned across the industry: to tackle critical scientific and engineering problems through collaborative innovation and to pave the way for quantum error correction and practical utility, two milestones in quantum computing.

“The ‘post-quantum-supremacy’ era will prioritise quantum error correction and the practical utility of quantum computing.”

Flexible electronics are capable of delivering stable performance even after malleable mechanical deformations like bending, folding and stretching.

Such carbon-based materials are preferred in wearable devices, electronic skins and flexible screens.

Flexible materials were previously not flexible enough or just unable to compete with rigid silicon-based materials, in terms of electrical characteristics, consequently limiting their commercial appeal.

Mr Zhang told Express.co.uk: “The growth of flexible electronics will be fuelled by breakthroughs in carbon-based materials.”

DON’T MISS
Coronavirus: Is this PROOF China’s been lying about outbreak? [REVEALED]
‘A stitch-up!’ Scotland braced for 20% MORE funding than England [EXPLAINED]
Coronavirus vaccine to take ‘over 10 years’ as cases surge [ANALYSIS]

AI tech has been widely-adopted to interpret medical images and manage medical records while its application in vaccine development and the clinical research of drugs remains in its infant stage.

But as new AI algorithms emerge and computing power accelerates, this tech will make it easier to complete research and development of medicines and vaccines which were previously extremely time-consuming and expensive.

Mr Zhang told Express.co.uk: “R&D into medicines and vaccines will be accelerated by AI.”

Brain-computer interface technology is widely considered vital for the almost inevitable man-machine interactions and collaborative intelligence between our species and tech.

This technology is the pillar and driving force of neural engineering, due to its ability to analyse how the human brain works from higher dimensions.

Such an interface forms a direct communication pathway between the brain and an external device, allowing it to acquire, analyse and interpret brains signals to control machines.

Mr Zhang told Express.co.uk: “Brain-computer interface technology will become the pillar and driving force of neural engineering, enabling us to go beyond the limits of the human body.”

Tech trends: 2020 was the first to pass after quantum supremacy was achieved (Image: Alibaba DAMO Academy)

The rapid evolution of cloud computing and exponential growth in the amount of data has historically posed daunting challenges to data processing.

As a result, AI-based companies are becoming attracted to automatic optimisation of data management systems.

AI and machine learning will be adopted in a variety of fields, such as intelligent cold/hot data separation, anomaly detection, intelligent modelling, resource scheduling and stress testing data generation – a corollary of which will see costs for computing, processing, storage slashed.

Traditional agriculture has long been associated with inefficiencies caused by poor land use and a disconnect between production and retail.

But this year will see a new-generation of digital technologies, including Internet of Things (IoT), artificial intelligence and cloud computing being applied to the agriculture industry – from the production process to retail.

Agricultural practitioners can monitor crops, implement precision breeding and even allocate environmental resources at the touch of a button.

In addition, technologies such as 5G, IoT, and blockchain are utilised to control and trace the transportation of agricultural products, ensuring their safety and reliable delivery.