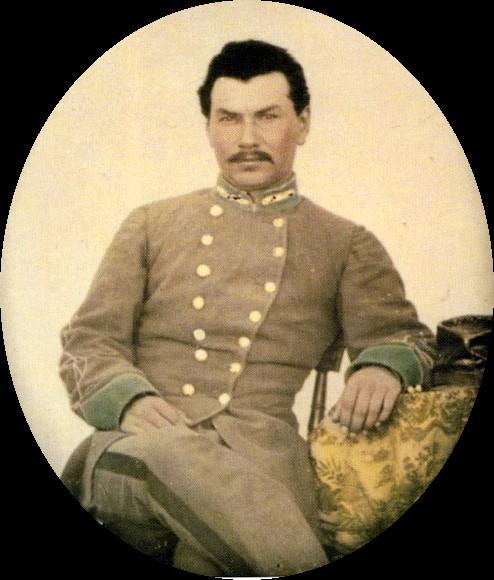 Long before people bemoaned the lack of civility in modern politics, a heated disagreement between a former San Antonio mayor and a sitting one ended in a shocking public crime.

At the time, several elected officials were suspected of being members of a secret society based on fear of local residents who were foreign-born.

A March 30 column answered Gene Elder’s question about the identity of an unnamed mayor mentioned by Tejano statesman José Antonio Navarro in a newspaper editorial as a member of the nativist Know-Nothing political movement, also known as the American Order. That was James R. Sweet, who was mayor from 1855 to 1856 and was accused of secretly being a Know-Nothing by rival James M. Devine.

Navarro was cautioning all his Texas neighbors against the group’s anti-Catholic, anti-foreign-born policies.

The Know-Nothings started as a secret society — so called because its members were supposed to say “I know nothing” if they were asked about the group — and elected several candidates in San Antonio during the 1850s who didn’t declare they were members.

Sweet, who was preceded and succeeded by Devine as mayor, wasn’t the only top officeholder identified as a Know-Nothing party member, said Larry W. Luckett, editor of “Our Heritage,” a journal of the San Antonio Genealogical and Historical Society, and of the society’s forthcoming book of articles on 54 area families.

One chapter chronicles the political life and death of John S. McDonald, who served as mayor from 1849 to 1851, and became a local leader of the Know-Nothings before the movement went public in the mid-1850s as the American Party.

During the election of 1855, Luckett wrote, McDonald was elected district clerk. At a July 29, 1856, political meeting, McDonald “confronted Devine, a leader of the local Democratic Party, at Devine’s drugstore,” according to the section on McDonald’s family in the genealogical society’s forthcoming book, “First Families of Bexar County, Texas: Descendant Lineages of Residents of Bexar, San Antonio and Bexar County Prior to 1850.”

The argument became heated, according to an account quoted in the book from the Austin State Gazette, Aug. 2, 1856: “McDonald caught Devine by the hair and pulled him to the floor …

“(Restrained by onlookers), McDonald finally broke loose from the hold and made a rush at Devine, who had in the meantime obtained his pistol,” the book continued.

The then-current mayor fired at the former mayor, “hitting McDonald in his right side,” said the Gazette. The accused Know-Nothing “expired in about 10 minutes,” and Devine left the store to turn himself in.

Devine soon met the sheriff, who shut the shooter up in Vance’s, a store on Alamo Plaza, to protect Devine from an angry mob calling for him to be hung.

“Although the autopsy report stated that McDonald had been shot in the back,” Luckett wrote, “Devine escaped punishment when the grand jury decided that he shot in self-defense.”

The Canadian-born mayor, whose U.S. citizenship had been called into question before he won his last election, served out his third term as mayor from 1856 to 1857.

For information about the “First Families” book of descendant lineages, personal histories and family narratives about residents of San Antonio and Bexar County before 1850, download an order form from the society’s website, txsaghs.org, or call 210-342-5242.

The names of more than 200 Tejano Confederates and their units from San Antonio and Bexar County will be read at a Confederate Decoration Day observance to be held next Sunday at 2 p.m. in the San Antonio Confederate Cemetery, a National Historic Site within City Cemetery No. 4 off South New Braunfels Avenue. The program, Los Tejanos Rebeldes (The Tejano Rebels) will recognize “the very large part the Hispanic community played in the Confederacy,” said John McCammon, president of the Confederate Cemetery Association, which co-sponsors the event with the 6th (South Texas) Brigade of the Sons of the Confederate Veterans and other historical and lineage organizations.

Some of those buried in this cemetery were descendants of Confederates who went on to serve in the U.S. military in later wars, so veterans of the Spanish-American War, World War I, World War II, Korea, Vietnam, Afghanistan and Iraq also will be commemorated. The event is free and open to the public; refreshments, including homemade cookies, will be provided.