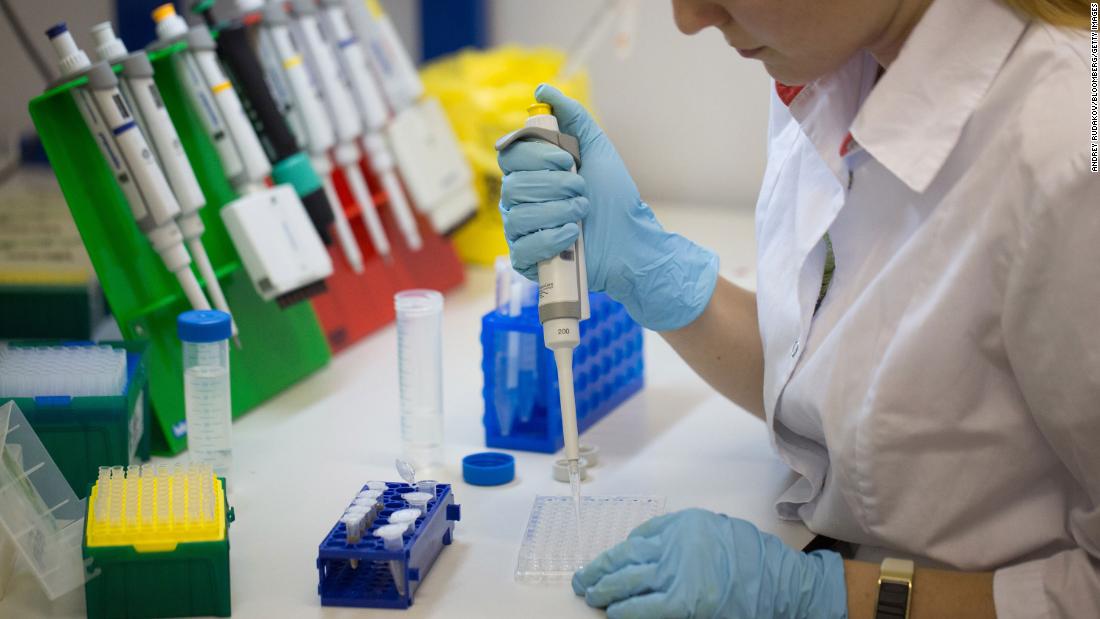 “A vaccine against coronavirus has been registered for the first time in the world this morning,” Putin said on state TV. “I know that it works quite effectively, it forms a stable immunity.”

“I hope our foreign colleagues’ work will move as well, and a lot of products will appear on an international market that could be used.”

The vaccine — developed by the Moscow-based Gamaleya Institute — has been named Sputnik-V. The name is a reference to the surprise 1957 launch of the world’s first satellite by the Soviet Union.

The treatment is yet to go through crucial Phase 3 trials where it would be administered to thousands of people.

Putin added that one of his daughters had already taken it; he said she had a slightly higher temperature after each dose, but that: “Now she feels well.”

The claim of victory by Putin in the global push to make an effective vaccine against Covid-19 comes amid suggestions that Russia has cut essential corners in its development.

Critics say the country’s push for a vaccine is partly due to political pressure from the Kremlin, which is keen to portray Russia as a global scientific force.

Russia has released no scientific data on its testing and CNN is unable to verify the vaccine’s claimed safety or effectiveness.

Despite this, Russian officials have told CNN that at least 20 countries and some US companies have expressed interest in the vaccine.

Russia is just one of many countries rushing to produce a vaccine for Covid-19, which has now infected more than 20 million people, killing more than 730,000 around the world.
In June, the Chinese government approved the use of an experimental coronavirus vaccine for the country’s military. The vaccine, known as Ad5-nCoV, was jointly-developed by the Beijing Institute of Biotechnology — part of the Chinese government’s Academy of Military Medical Sciences — and vaccine company CanSino Biologics.
Earlier this month, the Kremlin denied allegations Russian spies hacked into American, Canadian and British research labs to steal vaccine development secrets.