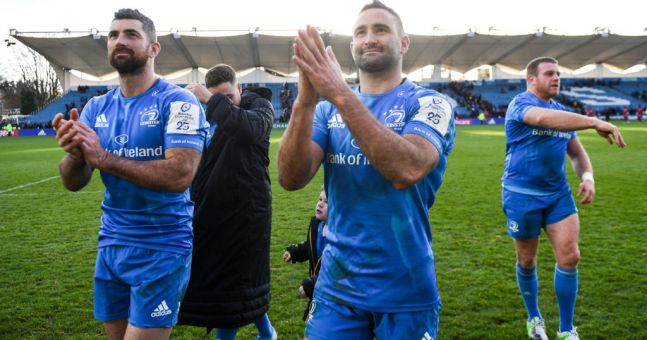 Former Leinster and Ireland star Rob Kearney has paid tribute to those who helped in his glittering career in an emotional farewell letter.

Having played in the blue of Leinster and the green of Ireland for over 15 years, Kearney’s career on these shores came to an end during last week’s defeat to Saracens.

”Maybe I’ll start at the end. My 219th and final cap against Ulster a few weeks ago in the Aviva Stadium. Nearly 15 years to the day from my debut against Ospreys in 2005.

”I hoped it wouldn’t be my last involvement in a Leinster jersey, but the reality is that in sport and professional sport especially, you just never know when you will get a chance again, so you treasure each chance you get in that jersey.

”You always want one more as a player. The next one becomes the most important. The next match, the next trophy, the next training session even. That is the process, that is the drive within us.

”It wasn’t to be, but I am so very grateful for every run out that I did get in a Leinster and an Ireland jersey.

”Losing to Saracens brought my time in a Leinster jersey and by extension an Irish jersey to an end.

”I have lived the dream of every five-year-old boy or girl out there that dreams of pulling on a Leinster jersey, an Ireland jersey, a Lions jersey.

”I consider myself very fortunate to have done the greatest thing that I could have done with my life and I have lived the dreams that I first had as a young lad in Dundalk RFC with the minis.”

He continued by paying tribute to the fans who followed him around the world.

”The Leinster and Ireland supporters’ role in this journey has been special and running out in front of full stadia is what gives the greatest buzz and we have all missed that over the last few months and you appreciate it all the more now playing in empty arenas.

”There have been so many others that have played their part in my journey to this point and if I start a list now I will never stop but suffice to say you know who you are and over the next few weeks and months I’ll catch up and thank you in person.

”I would though like to mention David McHugh and his team in Line Up Sports. David has been my manager but he has been more than that and is a very close friend and personal support over many years.

”Thank you all once more and I look forward to being a supporter again, like I was as in Dundalk all those years ago.

Get more Buzz.ie sports news, sign up to our newsletter!: