Richard Badenhausen: A liberal arts education prepares us for the shifting ground 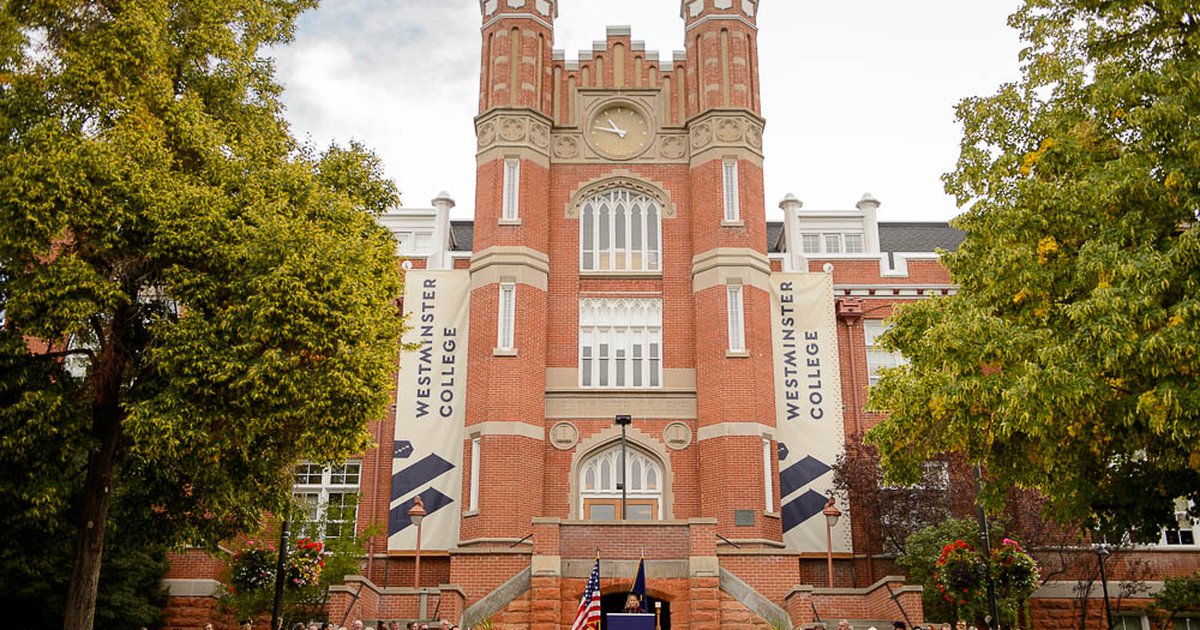 Richard Badenhausen: A liberal arts education prepares us for the shifting ground

As dean of one of two honors colleges in Utah, I spend hundreds of hours each year with prospective students discussing the value of a Westminster education. Many of those conversations turn on questions of utility. What does a student “get” from the liberal arts? Will she be employed after graduation? Does this type of education give one an edge?

It turns out that a liberal arts education is worth plenty. A recent Georgetown study indicates the median ROI on a liberal arts college is almost $200,000 greater than the figure for all colleges; and they also hold their own against engineering, technology and business schools. The four-decade salary totals for graduates are roughly equal.

Not to say that jobs and salaries aren’t important, but our current global crisis reminds us the liberal arts can also “do” other crucial things for us. James Freedman, the former president of Dartmouth College, maintained that with the liberal arts “we are better able to make sense of the events that either break over us, like a wave, or quietly envelop us before we know it, like a drifting fog. … When the ground seems to shake and shift beneath us, liberal education provides perspective, enabling us to see life steadily and to see it whole.”

Putting aside the fact that metaphors about the ground shaking have taken on new meaning lately in Salt Lake City, the worldwide pandemic insists we tackle brutally difficult realities breaking over us daily. I stand with Freedman in suggesting that the liberal arts uniquely prepare us confront these urgent, often disorienting pressures.

Just to be clear, I am in no way suggesting that solutions to our collective emergency won’t turn on the inspired work of epidemiologists, health care providers, business owners, engineers, governors and mayors, among others. What I am arguing is that the holistic approach of a liberal arts education — which emphasizes critical thinking, cross-cultural knowledge, communication skills and a deep sense of history — allows us to better manage the unexpected challenges that life throws our way.

For example, the dozen Westminster honors students who have enrolled in the U’s medical school in the past decade will be better doctors because they will make more thoughtful assessments, communicate more clearly with patients and deal with crushing end-of-life care decisions guided by the study of ethics.

When there is only one ventilator and five critically ill patients, the way forward will turn on a consideration of values as much as medicine. I pity the medical care provider whose education lacked a serious dose of Bentham, Mill and other utilitarian philosophers who have modeled out these very quandaries over the past two centuries.

Shakespeare offers case studies of leaders facing adversity: the ability of a gifted orator to bring a people together (Henry V) and the tragic consequences that shadow heads of state consumed by resentment, paranoia, and delusion (Lear).

The Gospels give us repeated examples of compassion in the midst of harrowing suffering and hunger, though it’s not clear to me what even Jesus would do upon encountering the shelves at Whole Foods swept clear of loaves.

Graduates who head out into the world knowledgeable about bell hooks’s meditations on love as a foundation for true community will see a powerful antidote to the toxicity of patriarchy where blame and violent retribution seem the kneejerk responses to most problems.

Finally, students who have studied the letters of Seneca — the ancient Roman philosopher and statesman who suffered from severe health problems through much of his adulthood and was eventually compelled for political reasons to take his own life — will have a more mature and reasoned relationship with death.

These are the urgent issues the liberal arts have always taken up because they are the central questions of humanity, but such concerns are often masked or submerged in times of prosperity. They only resurface with brutal force in times of trouble.

While our current calamity demands such skills, one can’t simply pick them up in bulk one aisle over from the toilet paper at Costco — this kind of intellectual dexterity emerges from years of study and practice. Thus once crisis is upon us, it’s awfully hard to catch up. But that doesn’t mean we shouldn’t still try, especially since the reconstructed world that awaits us will be hungry for new versions of what it means to live a good life.