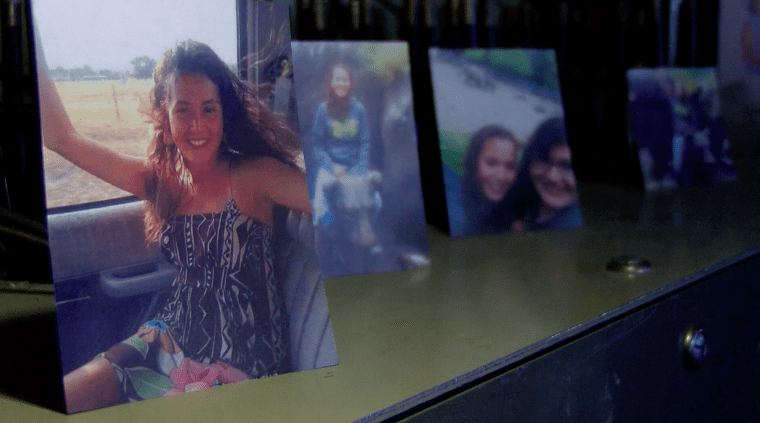 The reward for information leading to the prosecution of person(s) responsible for Ashley Loring HeavyRunner’s disappearance is now $15,000.

The Bureau of Indian Affairs is offering $10,000 while the Blackfeet Tribal Business Council has offered $5,000.

Loring has been missing from the Blackfeet Reservation for almost two years. She was last seen in Browning in June of 2017, but there is confusion about the exact day.

Loring‘s family and friends will hold a walk to bring awareness to Missing and Murdered Indigenous People in June.

Her family hopes more families with missing or murdered loved ones will join them so their voices can also be heard.

The walk will take place June 8 at 1 p.m. starting at the Blackfeet Community College.

If you have any information about Loring’s whereabouts or what may have happened to her, you are asked to call the BIA at 406-338-4000, or your local law enforcement agency.

(June 12, 2018) One year has passed since Ashley Loring, also known as Ashley HeavyRunner, was last seen on the Blackfeet Indian Reservation and Ashley’s family said they will never give up hope for her to come home.

Kimberly Loring traveled from Washington to honor her sister with a march through Browning and a prayer vigil on June 9.

“I feel as if someone should have come forward by now because we want Ashley home,” she said.

The siblings grew up on a ranch near Heart Butte where Kim said she promised she would always be there for Ashley.

“It feels awful sometimes because I feel like I let her down,” Kim said. “I am here and I am always here. I just wish things could turn out differently for my sister.”

The families of Matthew Grant and Clarence McNabb joined the march on June 9 as well, which helped bring awareness to those missing or murdered.

In December of 2017, the Federal Bureau of Investigation announced a reward of up to $10,000 for information about Grant’s murder.

McNabb went missing in North Dakota in December of 2017. His body was discovered days later in Williston where he had been working for two months.

“We know exactly what they went through when those boys went missing,” Kim said. “We have the same feelings. We know what they have gone through. I am really glad they came with us on this march.”

As the days go by, Kimberly Loring hopes another year does not pass before Ashley is found and they get the answers they are seeking.

“We will never stop. You are important and we will bring you home,” Kim said. “I love you.”

If you have any information about Ashley’s whereabouts or what may have happened to her, you are asked to call BIA at 406-338-4000 or your local law enforcement agency.