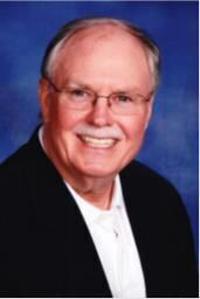 There is a Chinese proverb that says:

This is another way of saying the deepest fulfillment in human life is found is doing good, or self-giving.

I believe that humans are built for happiness, not sadness, depression, anxiety. Moreover, I believe that creation intended to be an environment in which life of all kinds and people of all races, religions, persuasions, can flourish, fulfill their purposes, and experience deep fulfillment and happiness. Creation was not intended to self-destruct whether by carelessness with nature or war, hate or greed.

The story of our Judeo/Christian faith re-enforces the notion that creation is intended for life of all types to flourish. Our Judeo/Christian tradition is grounded in the creator’s promise of abundant living on earth. This promise is the foundation of the story of Adam and Eve in the garden of Eden. It was to Abraham that promised a great nation, and to Noah to whom God promised never again to give up on his creation, and then to Moses through whom God renewed his promise of Covenant and gave the formula for abundant living within the Covenant relationship.

Of course, we know that Jesus embodied God’s promise of happiness and fulfillment on earth as in eternity. John 10:10 is clear that Jesus saw himself as the vehicle and way to abundant life in the here and now. Also, Christians recall Jesus is quoted as I am the way the truth and the life. Jesus invited us to follow him, and in doing so we enter a way of life that brings deep happiness in this life and the life to follow.

The burning question presented to each of us is whether we are prepared to trust the self-giving avenue to happiness and to choose that avenue from among all the other alternatives for happiness in our modern and often self-absorbed world. Do we trust the theological principle that our happiness, our feeling good about life, is directly tied to doing good, a life of self-giving?

Social scientists, wondering about this, have searched for evidence of the life-fulfilling and self-transforming power of self-giving.

A philanthropic adviser, Jenny Santi, authored a book summarizing her research into this matter titled The Giving Way to Happiness: Stories and Science Behind the Transformative Power of Giving. Her thesis is that deep human happiness results from self-giving. She writes about her job advising extraordinarily wealthy donors to charitable activities. She spent hundreds of hours listening to their stories of what moved them to do what they do with their money. This led to her better understanding of their values, and motivations enabling her to better guide them how to best spend their charitable dollars.

She learned that they radiated purpose, something she could only call joy. What sustained them and drove them to ever increasing investments in better lives for others is the sense happiness and fulfillment and contentment that they experienced as the result. Giving to others transformed their own lives.

Looking deeper for further evidence about self-giving as the path to happiness, she studied Aristotle, known as the world’s first scientist, living 300 years before Jesus. Aristotle was interested in what makes humans happy, concluding that deep happiness results from voluntary performance of moral duty. When we do what is right, voluntarily, we contribute to a storehouse of personal happiness.

She further studied Paul, believing he was influenced by Aristotle when he wrote to the Corinthians: “Each of you must give as you have made up your mind, not reluctantly or under compulsion, for God loves a cheerful giver and is able to provide you with every blessing in abundance so that by always having enough of everything you may share abundantly in every good work.”

She then tells us about an observation of a scientist 20 years ago. This scientist coined a phrase called a “helper’s high”. She conducted studies of individuals who had helped others through time and money. She observed that they experienced euphoria similar to that experienced by athletes who complete a physical challenge such as a race. She concluded that giving activates the same brain regions that are activated by exercise. This activates the pleasure part of the brain. They experience a similar thrill that they may experience after a vigorous exercise. And she observed that people who orient their lives toward giving also experience that euphoria. It is called a “helpers high.”

Finally, she tells us of a Canadian Professor Elizabeth Dunn found that spending money on others promotes more happiness than spending money on oneself. An experiment involved a test group of people who were given money to spend. After extensive interviews of these individuals, the scientist observed that those who spent their money on someone else reported greater happiness, excitement, pleasure than those we were instructed to spend the money on themselves. Is this not this the very core of what Jesus taught?

Might this be an important message to us who are encapsulated in a world dominated by an air-borne disease that is observed only under a microscope and in hundreds of thousands of deaths and an ocean of family sadness.

Moreover, if we cannot take this simplest, while inconvenient, action on behalf of others, what hope is there for a world huddled in fear and suffering?