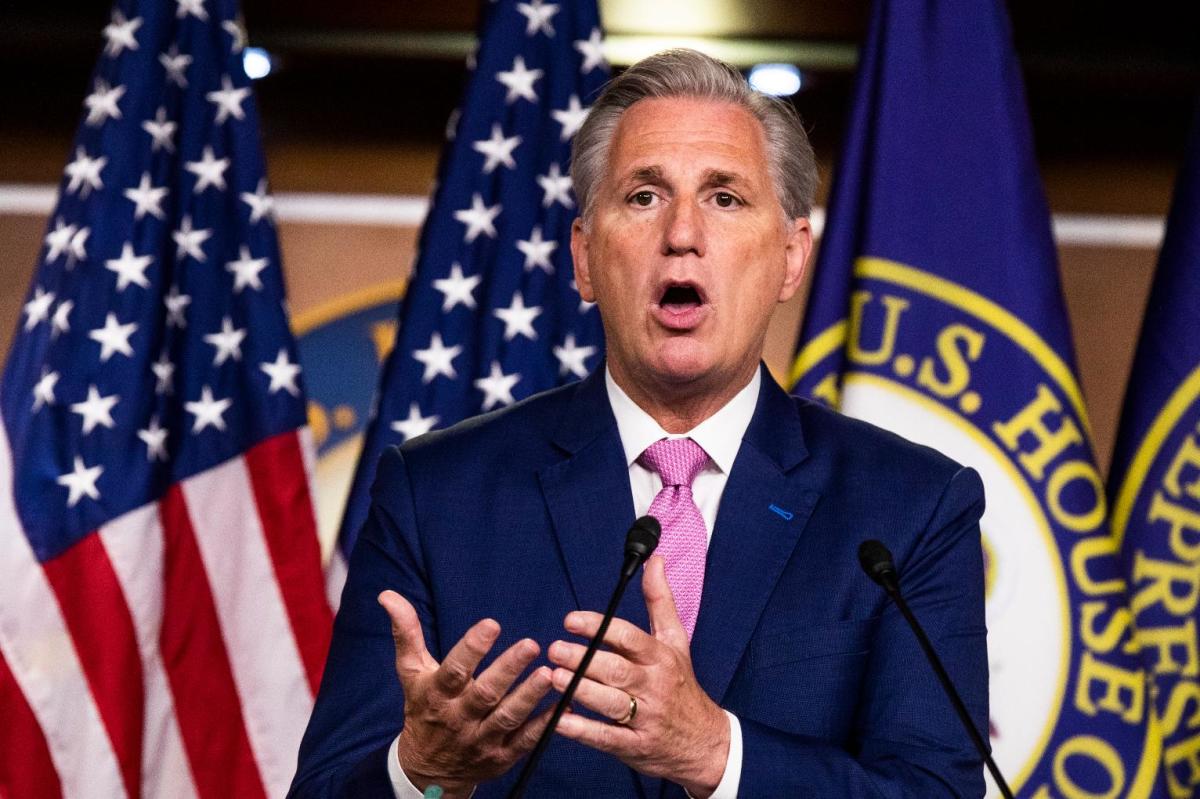 House Republicans are working to stall the historic rules change allowing proxy voting during the coronavirus pandemic with a lawsuit challenging its constitutionality as the House gears up on Wednesday to hold its first vote under the new procedures.

House Minority Leader Kevin McCarthy of California and 20 other members filed a lawsuit with the U.S. District Court for the District of Columbia on Tuesday night, arguing that Congress has always convened in its 231-year history even amid past pandemics and war. They raised concerns over Democrats’ recent party-line vote to approve the temporary rules change that would allow members to vote from afar if they can’t make it to the Capitol during the outbreak.

The House is expected to use proxy voting during Wednesday’s vote on a set of expired surveillance authorities that are part of the Foreign Intelligence Surveillance Act, though the legislation has encountered last-minute opposition from President Donald Trump and Attorney General Bill Barr, who helped negotiate the renewal of FISA authorities.

In written letters to the House clerk, 71 Democrats – about a third of the caucus – have designated a proxy to vote on their behalf during Wednesday’s session. Nearly half of the members requesting a proxy hail from the West Coast.

Republicans are whipping members to vote against the reauthorization of the FISA authorities, noting that it has no chance of becoming law, given the president’s veto threat. But Democrats say they’re moving forward with the Wednesday vote even amid some concerns within their own party.

“Even if they bring up the FISA rule, there will be more Republicans voting in person than Democrats. Whatever they propose to bring up cannot become law because it’s unconstitutional,” McCarthy told reporters at a Wednesday press conference.

Democrats’ rules change allows a member of Congress to vote on behalf of other members who are unable to travel back to Washington due to health and safety concerns caused by the coronavirus. A member who is designated as a proxy can only act as one for up to 10 lawmakers and must follow “exact written instructions” on how the member would like the proxy to vote. The resolution also allows committees to conduct formal hearings and proceedings remotely.

Last week, House Speaker Nancy Pelosi of California authorized the 45-day period that will allow proxy voting. The covered period will last until early July and can be extended for another 45 days if the public health emergency persists. Pelosi and Democrats are pushing back on the GOP’s lawsuit and reaffirming that the rules change holds up on constitutional grounds.

“House Republicans’ sad stunt shows that their only focus is to delay and obstruct urgently-needed action to meet the needs of American workers and families during the coronavirus crisis,” Pelosi said.

Prior to the rules change, leaders in both parties had been negotiating for weeks on achieving a bipartisan deal on remote options. But without reaching an agreement, Democrats decided to forge ahead with the current rules change. Republicans, like GOP conference chairwoman Liz Cheney of Wyoming, say they remain open to finding common ground on remote work but maintain that Democrats’ current system dilutes an individual member’s vote and power.

Democrats dismiss GOP criticism of proxy voting, arguing that the Senate already passes bills through a similar process. House Majority Leader Steny Hoyer of Maryland noted that the Senate commonly votes by “unanimous consent” in which a measure is approved without a roll call vote.

“They call it unanimous consent – one person in the chair and one on the floor. What that means is that two people are voting for the 100. I see that as disingenuous,” Hoyer said, referring to criticism of proxy voting. “I see it as political posturing without merit.”

“So it’s ludicrous, in my opinion, to assert that members have to be in a physical place to cast their votes on behalf of the American people,” he added. “Proxy voting is done on a regular basis.”

Susan Milligan contributed to this report