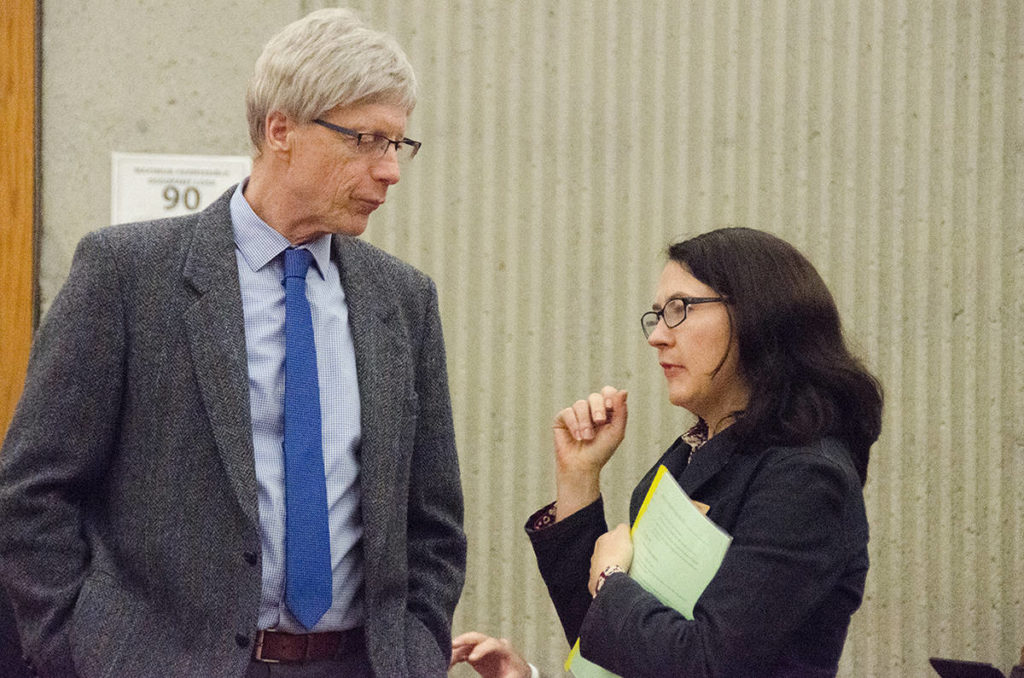 It’s one thing for everyone in the community to “just know” there’s a housing problem, but it’s quite another to find out what the extent of that issue is, the factors that contribute to it and how to best approach a solution.

That’s what Libby King, coordinator of the Strathcona Community Health Network, has spent much of the last year working on in her attempt to facilitate the creation of a Regional Housing Strategy. She says although she and the organizations she’s been working with throughout the process have made huge gains in understanding the problem, there’s no “magic bullet” expected anytime soon.

In fact, there won’t be one at all.

“When you have a problem that is as complex as housing, you have to realize that there isn’t going to be something you can point at and say, ‘this is the solution,’” King says. “What you can do, however, is get everyone involved working together to make headway and move together in the right direction.”

That’s what her job is, she says. It’s not to come up with solutions, but to facilitate discussion and bring people together under a common goal.

And in just the first year of that mandate, she’s come a fair distance down that road.

“One of the best things to come about in our first year was the formation of the Coalition to End Homelessness,” she says. “We’re extremely fortunate in this community that the non-profits we have here are more interested in working together to solve the problems we’re facing than they are in fighting over funding.”

“That was huge. That’s how we’ll make a difference,” she says. “It’ll be by having organizations like those, with their wealth of knowledge from all kinds of different perspectives on the issue, collaborating on the issue and acting as a resource for not only each other, but for municipal and other levels of government, as well as funding bodies who want to see that their money is going to used efficiently and effectively.”

But bringing those organizations together wasn’t the only progress made on the concept of developing a Regional Housing Strategy, she says.

“We’ve also spent a great deal of time conducting research to find out the actual scope of the problem in our communities,” she says. “We now have really good data compiled that gives us a better picture of how bad it is for people out there, which is key to moving forward in finding with solutions.”

Some of that data makes the goal seem daunting.

For example, the research King has been conducting shows that almost one-quarter of households in Campbell River are spending more than 30 per cent of their total household income on shelter costs – the standard calculation that determines if someone is in an affordable housing situation.

Not only that, but the “affordability gap” is continuing to increase, King says.

“At this point, affordable rent for a single person making the median income in Campbell River is $750 per month, but the average one bedroom apartment is $900. And that’s if they can even find one,” King says. “For a single parent, it’s even worse.”

Many respondents to the surveys conducted by King and her partner organizations over the course of the year also say there are more barriers than just income to finding appropriate housing. The lack of available units, many said, make it easier for landlords to choose “ideal” tenants, leaving families with children or pets, for example, without options.

“Thankfully, the city has been on-board with making more housing available as quickly as possible,” King says, pointing to developments such as the new apartments on Dogwood Street near Merecroft Village as a huge benefit, with more building happening all the time. She knows more market housing isn’t the whole answer, but she says it will have to be part of it.

Moving forward in 2019, King says, the priorities for the coalition – and for herself – are to continue to engage in conversations, especially with the Indigenous community and the housing development sector, work on communications strategies surrounding housing complications to keep the issue in the forefront of people’s minds, and securing more long-term and ongoing funding to keep moving forward.

She also says she expects to have a significant update on the process later this month, so keep watching the Mirror for information on how things are progressing in terms of solutions to one of the community’s most significant current social issues.