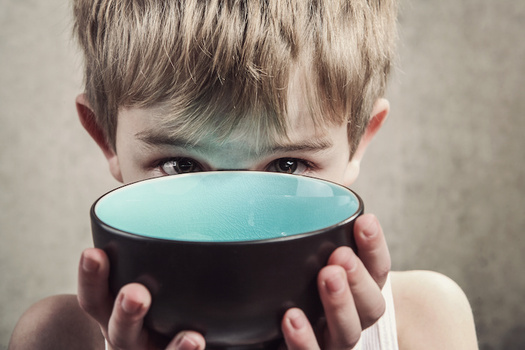 One out of every five children in Kentucky doesn’t have enough food to eat, according to Feeding Kentucky. This September is Hunger Action month. (Adobe Stock)

OWENSBORO, Ky. – This September, food banks in Kentucky and across the country are taking part in Hunger Action Month, to highlight the fact that 40 million Americans are food insecure.

Kentucky has the seventh highest rate in the nation of people struggling to put meals on the table. Glenn Roberts is the executive director of Tri-State Food Bank in Evansville, Indiana.

“We just can’t educate the public enough about the issues of hunger, and how prevalent it is,” says Roberts. “But also how easy the fix can be if the whole community can work together. Because the food is out there. It’s not that there’s a food shortage, not in this country. There may be a food distribution problem, but there’s not a food shortage.”

“And they’ll get to show off their collection of food and get a chance to be on TV for a brief moment,” says Roberts. “It has become very, very popular. This is our fifth year.”

“In essence, the middle class has been shrinking and continues to shrink,” says Roberts. “People just are having trouble making ends meet. Even if they’re employed, they’re holding down multiple part-time jobs. When you boil it down, it comes down to money and not having enough money for food.”

Other events around the state include a Kentucky Hunger Dialogue on September 7 at Kentucky State University in Frankfort; a volunteer day on September 12 at Feeding America, Kentucky’s Heartland Volunteer Center in Elizabethtown; and a Hunger Walk to benefit the Dare to Care Food Bank on September 22 at the Waterfront Park’s Harbor Lawn in Louisville.

Disclosure: Feeding Kentucky contributes to our fund for reporting on Hunger/Food/Nutrition, Poverty Issues. If you would like to help support news in the public interest, click here.