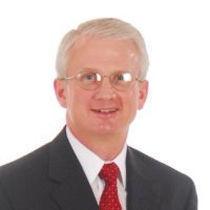 It had been irksome since the moment we signed the papers on the house. Amateurishly done by an unknown previous homeowner, the 15-foot long, 3-foot wide ribbon of concrete started at the driveway’s edge and led to nowhere.

In the first 10 years we owned the house I had tried working with the concrete pathway, working around it, and altogether ignoring it. None of these solutions proved satisfactory. Finally, in our 11th summer in the house, I was determined to rid our yard of this annoying eyesore.

I consulted several knowledgeable friends and heard the same message from each one. I had two options for getting rid of the ugly pathway. Option #1 was to use a chisel and heavy hammer and patiently break up the concrete, small piece by small piece. This approach would work only if the concrete was relatively thin. It turned out to be relatively thick and after 15 minutes of bone-rattling chiseling without breaking off a single piece, I admitted defeat.

Option #2 was to rent a jackhammer. Possessing a long and distinguished history of self-injury with power tools, I approached this option with some anxiety. However, after 10 minutes of careful instruction from a very patient clerk, I left the store, jackhammer in hand, saying to myself, “This is pretty simple stuff; what could possibly go wrong?”

With the help of my adult son, the concrete was reduced to rubble within a couple of hours. What fun using this incredibly powerful tool! It made a truly nasty job so much easier. A day or two later, a teen-aged helper and I loaded the rubble onto a flatbed and hauled it off to a disposal site. Mission accomplished.

The pain in my left shoulder began the very first night after using the jackhammer and got worse each day for nearly a week. Finally, after yet another mostly sleepless night in the recliner, I decided it was time for a visit to urgent care.

After listening to my sad tale, the doctor said, “Well, I think I know what’s going on but we’ll take some x-rays of your shoulder just to make sure.” Reviewing the x-rays together, he said, “Do you see those little shadows there?” I pretended I did. He continued, “Those are calcium deposits and they’re really unhappy with you for jackhammering.” Finally the humor that had been building between us bubbled to the surface. “My friend,” he said, barely stifling a laugh, “Unless you want to go through some very unpleasant surgery, your days of jackhammering and doing other hard physical labor are over!”

A sling, some ointment, a few mild pain killers, and 10 days of gentle stretching exercises later, I was back to normal again. Thank heavens for the good doctor. And for his sense of humor.

There are lessons to be learned, even — and perhaps especially — from life’s most painful experiences. So what did I learn from jackhammering at age 62?

Second, I learned that the author of Ecclesiastes was right: “To every thing there is a season.” There are, indeed, different “seasons” in our lives. A season to give and a season to receive. A period to serve and a period to be served. A time to jackhammer and a time to be smart enough to let someone 25 years younger do it.

Finally, I learned that our foolish actions can, with blazing speed and pinpoint accuracy, find vulnerabilities and weaknesses we didn’t even know we had, catching us off guard and poorly prepared. I had no idea there were calcium deposits on my left shoulder until I (foolishly) used a very powerful tool as a calcium deposit locating device. The price I paid for my poor decision was a week of discomfort and lost sleep; unfortunately, the price for our foolish actions and poor choices is often much higher than that.

Take my advice. Leave the jackhammering to those who can’t remember life before PCs.

Randl Ockey is a former stake presidency member and bishop for The Church of Jesus Christ of Latter-day Saints.