Queen Elizabeth: What is the Queen’s favourite food when the Royal leader travels? | Travel News | Travel 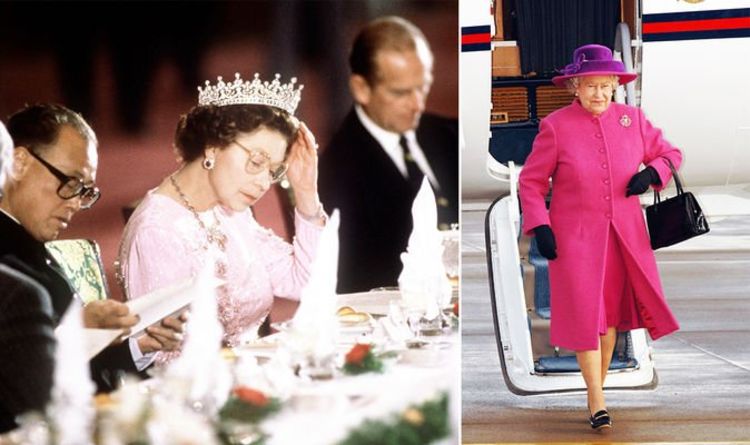 Queen Elizabeth: What is the Queen’s favourite food when the Royal leader travels? | Travel News | Travel

Queen Elizabeth is now the UK’s best-travelled monarch and has been to all four corners of the world. She has visited numerous world leaders and been hosted for meals on countless occasions. Many people may wonder what the Queen likes to eat and whether she’s served the favoured meals while away. However, a royal insider has revealed that there’s one piece of information the Queen will never share.

Queen Elizabeth has never divulged what her favourite food is – and for a very clever reason.

The monarch fears that if she reveals her meal of choice, those hosting her will serve nothing else when she visits.

Gordon Rayner, former royal correspondent for The Telegraph, has covered more than 20 royal tours and discovered this fact from a member of staff.

He said: “As one of her staff told me, ‘If she said she had a favourite meal she would never get served anything else.’”

There is a tasty snack that the Queen is known to enjoy, however – and she always takes it with her when she travels.

One of the Queen’s former chefs revealed that the monarch loves to eat chocolate biscuit cake.

“Now the Chocolate Biscuit Cake is the only cake that goes back again and again and again every day until it’s all gone,” Darren McGrady, Queen Elizabeth’s former personal chef and author of ‘Eating Royally’ told baking website RecipePlus.

“She’ll take a small slice every day until eventually there is only one tiny piece, but you have to send that up, she wants to finish the whole of that cake.”

The Queen loves the cake so much, said McGrady, that a senior chef follows her on the next train with any leftovers of the cake should she leave even a sliver behind.

Queen Elizabeth also enjoys Dundee cake which she tucks into while travelling.

According to The Telegraph: “Even if she’s on a flight at tea time, out will come a cuppa, a Dundee cake, and some scones and clotted cream.“

The Queen is also particular about the type of water she drinks while she is away.

She and Prince Philip, 97, once had the luxury of their own ship, the Royal Yacht Britannia before it was decommissioned in 1997.

Queen Elizabeth would demand Malvern water was brought on board for use in her tea, claimed author Peter Pigott in his book Royal Transport.

This was just part of the huge selection of luggage the royals brought on board.

“For each state visit, the royal family brought with them five tonnes of luggage, including Malvern water for the Queen’s tea,” wrote Pigott.