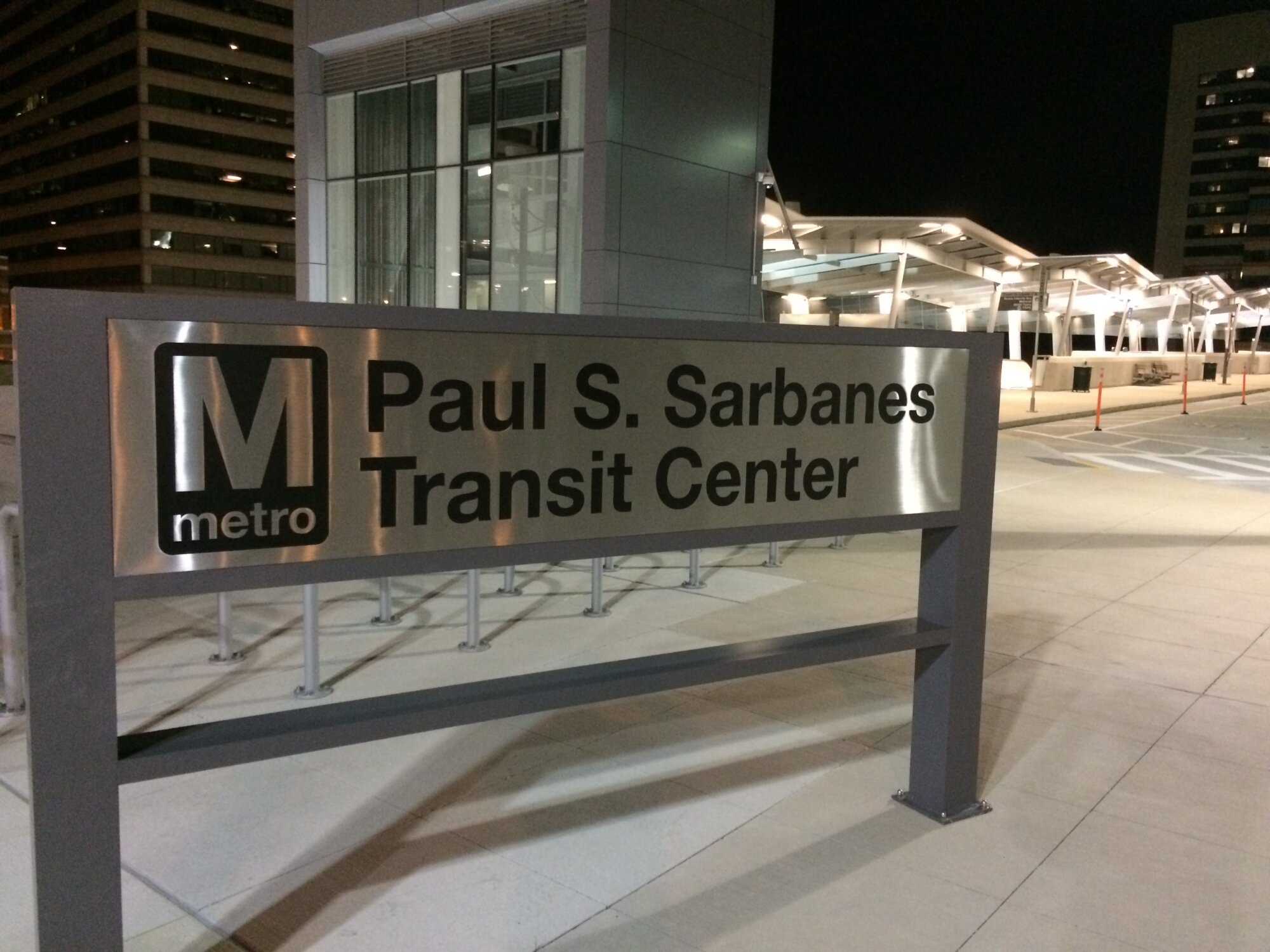 Round-the-clock lane closures on Colesville Road each way under the Metro tracks, along with complete “as needed” closures of Colesville Road at times on nights and weekends, are scheduled to last at least through the end of April.

In the Silver Spring Transit Center, most Metrobuses and Ride On buses that usually stop on the lower level will be shifted out to temporary stops on the street.

“We’re going to start erecting steel that will carry the Purple Line from East-West Highway over Colesville Road, and then into the new Purple Line station that will be constructed at the Silver Spring Transit Center,” Purple Line Transit Constructors spokeswoman Carla Julian said.

The project also includes a bridge carrying the new Capital Crescent Trail over Colesville Road. That bridge will pass under the Purple Line tracks as they swing over Metro’s Red Line.

As part of the construction, Red Line weekend shutdowns are planned in Silver Spring for safety reasons, as steel or other materials are lifted around the Metro tracks.

The 16-mile, 21-stop Purple Line is almost 25% complete, Julian said, with construction and lane closures along nearly the entire route.

The Purple Line light rail system is being built and run for Maryland by a private group, but riders will be able to transfer to Metrorail at Bethesda, Silver Spring, College Park and New Carrollton.

After a series of delays, Maryland now plans to open the stretch between the New Carrollton and College Park Metro stations with limited service by the end of 2022. The rest of the line, from the University of Maryland through Silver Spring to Bethesda, is now projected to open in 2023.

Maryland remains in negotiations with the contractors building the line over whether the state should cover the additional costs the companies blamed on legal and other delays.

The detours starting as soon as Sunday around the Silver Spring Transit Center include the possibility of total closures of Colesville Road at times on nights and weekends.

For many bus riders, the changes shift stops to new locations on Bonifant Street or Colesville Road.

You can see the changes here.

The work also makes it harder to walk in parts of the area around the Silver Spring Metro and Transit Center.

Other construction changes in the area coming up will lead to additional closures along Bonifant Street and Georgia Avenue, as part of construction staging or utility work, Julian said.

Later this winter, the bridge from the MARC station to the second level of the Silver Spring Transit Center is also scheduled to permanently close.

© 2020 WTOP. All Rights Reserved. This website is not intended for users located within the European Economic Area.