Private rooms for patients at 300 Pasteur Drive; technology to be upgraded | News Center 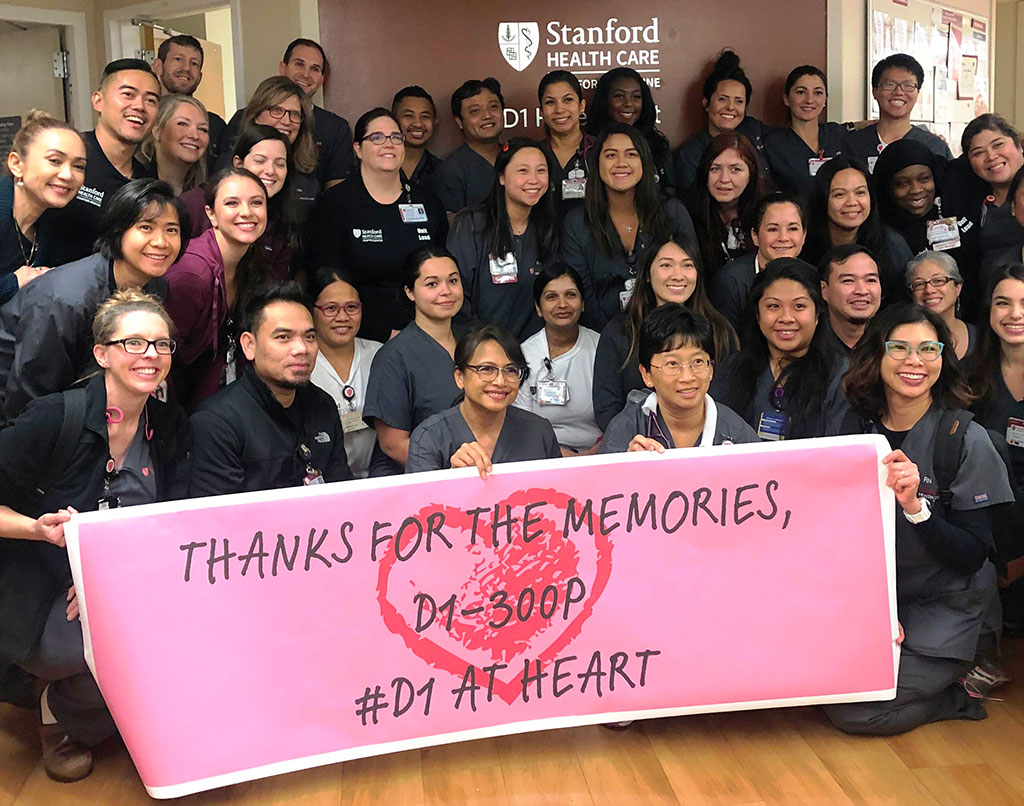 Private rooms for patients at 300 Pasteur Drive; technology to be upgraded | News Center

The opening of the new Stanford Hospital building was the main spectacle Nov. 17, when many patients were transferred to rooms there. But Stanford Health Care staff also staged well-rehearsed choreography in the original hospital building, situating all the remaining patients to private rooms in reconfigured units.

After the last of nearly 200 patients had been transferred to the new hospital at 500 Pasteur Drive, staff reorganized the approximately 75 patients staying in the original building at 300 Pasteur Drive.

As patients were wheeled out, cleaning crews descended on the empty rooms, giving them a thorough going-over. Staff members then placed all the patients who remained in the original hospital in private rooms within newly configured units.

“I’m very proud the moves went smoothly,” said Gretchen Brown, an associate chief nursing officer. . “Patients on every unit were affected by the move. It was a big day.”

Attention now shifts to renovating the original hospital building so that its fit and finish compare to the new hospital, said Carlos Villalva, administrative director of capital initiatives for Stanford Health Care. “We’re trying to make the experience between the two buildings far more integrated, so it’s not a jarring disconnect when you walk from 500 Pasteur to 300 Pasteur,” he said.

In January, construction teams will begin renovating sections of the original hospital, wing by wing, and will build two extensions to it, adding 57 patient rooms for a total of 232 patient rooms. (The new hospital building has 368 patient rooms.) All of the semi-private rooms in the original building will be converted to private rooms, with larger bathrooms, space for families and the same technology, entertainment systems, headwalls and finishes as the new building.

Operating rooms will also be modernized with the latest technology. When complete, the original building will have 19 operating rooms and two new procedure rooms, as well as an expanded post-anesthesia care unit with 72 beds.

Once the renovations are completed, 300 Pasteur Drive will primarily provide oncological care. All but 57 of its rooms will be dedicated to cancer patients.