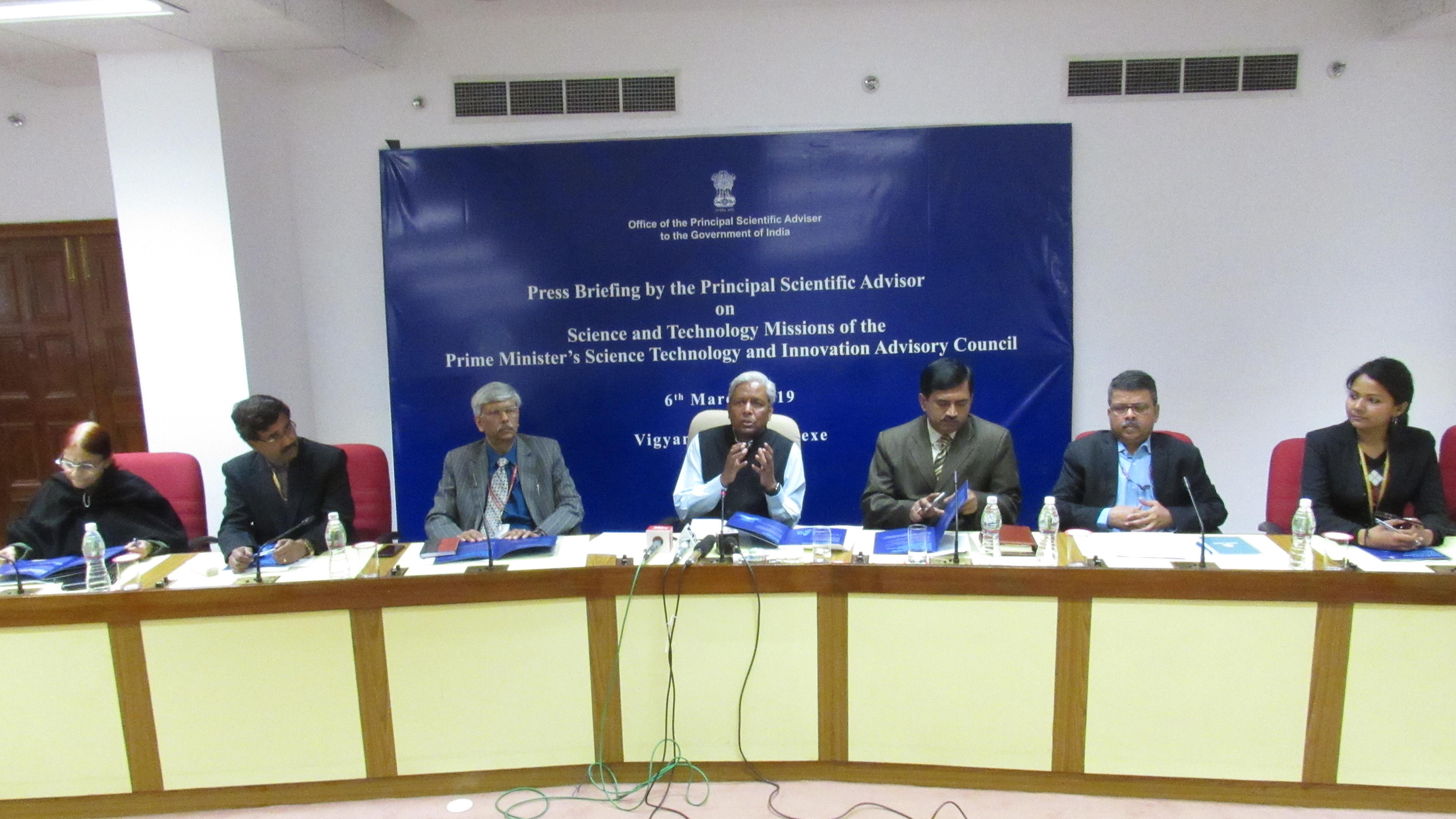 In a press interaction held at Vignan Bhavan, New Delhi, on the 6th of March, 2019, the Principal Scientific Adviser to the Government of India, Prof K. VijayRaghavan, shared details of the nine new science and technology missions with a focus on ‘Science for People and People for Science’. These missions, guided by the Prime Minister’s Science, Technology & Innovation Advisory Council (PM-STIAC), aims to promote research for the benefit of the society.

According to a press release shared by the Office of the PSA, these nine missions aim to understand and conserve our biodiversity and develop sustainable agriculture processes, leverage precision health for personal wellbeing, recover wealth from waste, develop and use artificial intelligence, quantum computing, connected mobility solutions and other technologies to address frontier scientific questions and our challenges, thereby enabling sustainable development for India and, indeed, the planet.

Addressing the journalists present at the event, Prof VijayRaghavan stated that “science and technology is the fulcrum for the levers of government to effect social and economic change.” He called upon scientists and society to connect closely to achieve these goals.

The PSA also explained the goals of each of the above missions. The mission on ‘Natural Language Translation’ is aimed at breaking the language barrier and making scientific information accessible for all by providing teaching and researching material in native Indian languages. The ‘National Biodiversity Mission’ would work for a comprehensive assessment of the distribution and conservation status, monitoring and management of biodiversity.

The ‘Electric Vehicles’ mission aims to make these vehicles energy efficient, economically viable and scalable, thus reducing fossil fuel consumption and pollution. The mission on ‘Bioscience for Human Health’ would promote genomic studies of populations to identify the genetic basis of rare and inherited diseases. The ‘Waste to Wealth’ mission focuses on treating waste to generate energy, recycle materials and promote a clean and green environment.

Two new missions, the “Deep Ocean Exploration”, which covers the development of underwater vehicles and robotics, technologies for sustainable use of marine resources and renewable energy generation, and AGNIi that aims to connect grassroots innovators to the market and promote commercialisation of innovative solutions, were also announced.

Each of these missions will be led by a lead Ministry and will engage national and international institutional partners, scientists and industry. It is hoped that the new missions would strengthen research in different domains, connect science with the society, and promote innovations and economy.

The PSA also informed that a state-of-the-art Earth museum, which would act as a national repository of fossil specimens, will be established soon. He shared other initiatives of his Office that include providing scientific inputs for river basin planning, management and development for the Brahmaputra river, the establishment of research clusters, and a web portal called I-STEM that links researchers with resources.