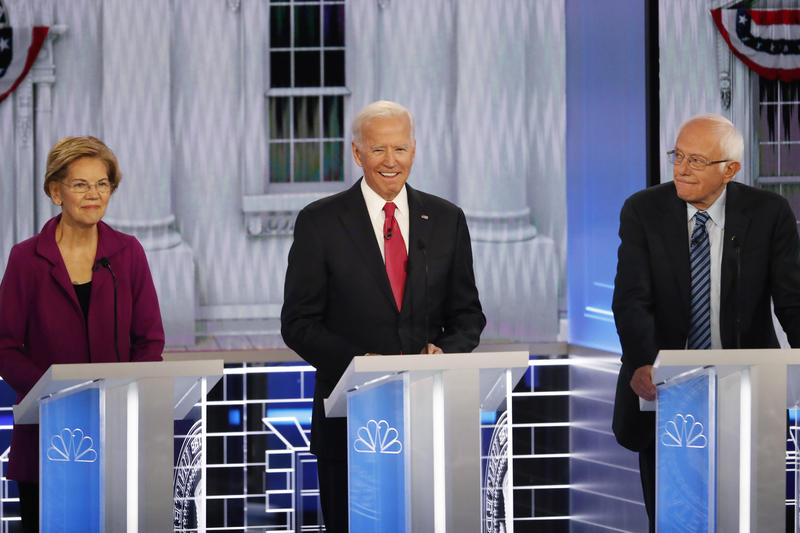 While the Democratic Presidential candidates who will be on stage in Pittsburgh this Saturday agree on many public educatio issues, local organizers say they’ll be paying attention to who can confidently discuss their position.

“Do they really have an understanding of the problems going on across the country? The teacher diversity issue, the funding issue, the charter school issue?” said Nina Esposito-Visgitis, the president of the Pittsburgh Federation of Teachers. “Have they been listening to what teachers have been rising up and really fighting for in the last few years?”

Each of the eight candidates will have nearly a half hour to explain their plans in front of an important demographic: educators. The event is invitation-only and many of the nearly 1,000 attendees will be members of the top two teachers’ unions hosting the event – the American Federation of Teachers and the National Education Association.

While public education hasn’t played a prominent role in the campaign so far, voters should care about a future leader’s priorities, said Erin Kramer, executive director of the statewide activist group One PA.

When thinking of top issues, she said, “people may not say education, but they’ll say job readiness or they’ll say safety, or they’ll say we want to make sure that our kids have a productive life. That actually is all about education. There’s a lot that you can do in that K-12 space and then that higher education space that fixes many problems that people will say is our first priority.”

Charter school policy may be the most divisive issue during the day-long forum. Generally, Democrats have opposed using taxpayer dollars to fund the independently operated schools. Sanders, Biden, Buttigieg and Warren have said they oppose charters run by for-profit entities.

Booker is the only candidate who will be in Pittsburgh who has supported the expansion of charter schools.

Kramer said he’ll have to answer for that. Many of the groups organizing the event oppose charter expansion. Esposito-Visgitis questions the purpose of charter schools, which were originally intended to be labs for innovative teaching practice. She said they’re not held to the same standard as traditional public schools, and siphon money from existing districts. In Pennsylvania, districts send money from the state to charters that educate their students.

Charter policy, like many other issues that the candidates will discuss, falls largely under state control. But the President sets spending priorities and can incentivize certain behaviors from schools or districts. President Trump, for example, has sought large increases in charter school funding. His Education Secretary Betsy DeVos is a vocal supporter of choice programs including charter schools.

James Fogarty, the executive director of Pittsburgh advocacy group A+ Schools, notes that parents are looking for options outside of their neighborhood public school, and a national conversation is warranted.

“I think there’s an opportunity to have a conversation so that people feel like they’ve got options that work for them, but at the same time that the schools are actually serving all kids the way they’re supposed to,” he said.

“If they are successful in calling for a moratorium in charter schools, what is a viable option for the thousands of families that are on waiting lists for specific reasons, trying to escape their public school district?” she asked. “What is the next viable option? What are they going to suggest that these folks do?”

Kramer said her group and constituents wants to ensure that all children have access to equitably funded education.

“We’re really interested to hear how federal funding will be used to incentivize the kind of education systems that we want to see, and to move local school board and school districts to support all of their children,” she said.

The forum begins at 9 a.m. on Saturday at the David L Lawrence Convention Center.