President Trump to travel to DMZ, may meet with Kim Jong Un 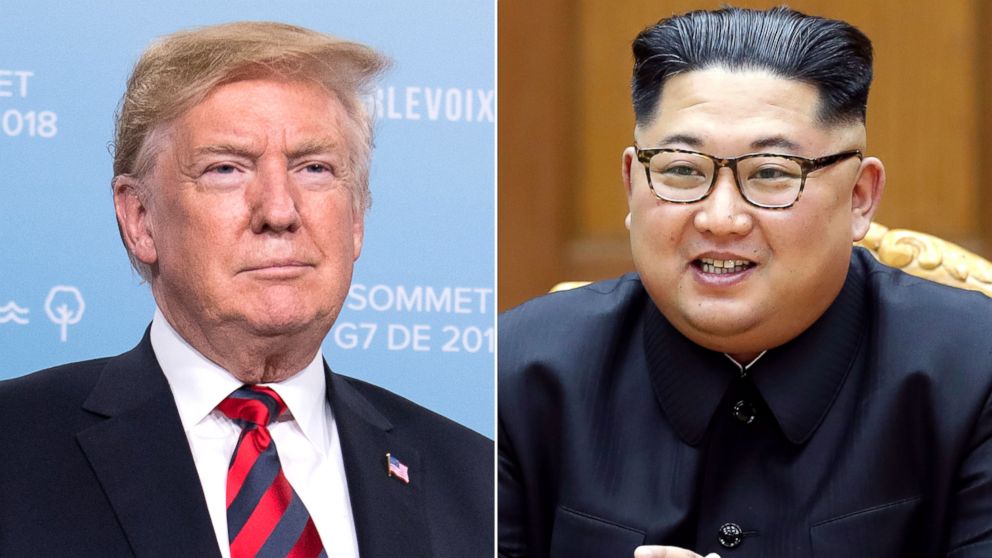 President Trump to travel to DMZ, may meet with Kim Jong Un

Just hours before President Donald Trump was set to travel to the demilitarized zone between North and South Korea, he and South Korean President Moon Jae-in confirmed at a joint press conference he would meet with North Korean leader Kim Jong Un for a handshake.

Add Donald Trump as an interest to stay up to date on the latest Donald Trump news, video, and analysis from ABC News.

“I put out the word and he got back, and he wanted to do it from the beginning and so did I,” Trump continued.

Expanding on his decision Saturday to extend a last-minute invite to Kim to meet him at the DMZ, Trump said the trip was “something I planned long ago, but had the idea yesterday, to maybe, say ‘hello,’ just shake and quickly say ‘hello.'”

Asked about the possibility of a third summit, Trump said he’d like to see what happens Sunday before talking about another meeting.

“Let’s see what happens today before we start thinking about that,” Trump said.

The president also claimed — falsely — that former President Barack Obama sought to meet with Kim and that he was rebuffed.

“The Obama administration was begging for a meeting, there were begging for meetings constantly, and Chairman Kim would not meet him,” Trump claimed.

The president continued to express optimism about the state of relations with North Korea and insisted that important progress has been made through both of his previous summits with Kim.

On Sunday morning in South Korea, Trump said that Kim “very much wants to” meet, and that the two countries are “trying to work it out. Both want to do it.”

“Very short, it would be very short, virtually a handshake,” Trump said. “But that’s OK. A handshake means a lot.”

Trump has even raised the possibility of stepping across the border into North Korea — something no previous U.S. president has done.

“Sure, I would. I would. I’d feel very comfortable doing that. I would have no problem,” Trump said earlier in his Asia trip.

The two leaders have met on two occasions. Their most recent meeting in February in Hanoi, Vietnam, failed to produce an agreement toward the goal of North Koreas’ denuclearization.

Trump announced yesterday that he would be traveling to the DMZ during his visit to South Korea and issued an impromptu Twitter invitation to the North Korean leader to have a brief visit and share a handshake.

After some very important meetings, including my meeting with President Xi of China, I will be leaving Japan for South Korea (with President Moon). While there, if Chairman Kim of North Korea sees this, I would meet him at the Border/DMZ just to shake his hand and say Hello(?)!

Since that time, a senior administration official said that the governments of the United States, North Korea and South Korea have been in communication to prepare for the prospective meeting.

In remarks Sunday morning at a breakfast with Korean business leaders, President Trump suggested that a meeting was likely to happen.

“I understand they want to meet and I’d love to say hello,” Trump said.

Trump is also expected to meet with U.S. service members following his brief meeting with Kim.

Asked by ABC News’ Jonathan Karl in a press conference Saturday if it will be a bad sign if the North Korean leader doesn’t take him up on his offer to meet, the president said it would not.

“No,” Trump told Karl. “Of course, I thought of that because I know if he didn’t, everybody is going to say, ‘Oh, he was stood up by Chairman Kim.’ No, I understood that.”

The president went on to say that the North Korean leader must follow him on Twitter, because U.S. officials “got a call very quickly” after he sent out his tweet.

The president said if the meeting does happen, it would only be a brief one.

“We’ll see each other for two minutes,” Trump said. “That will be fine.”