Pot shops reopen, but some fear another shutdown 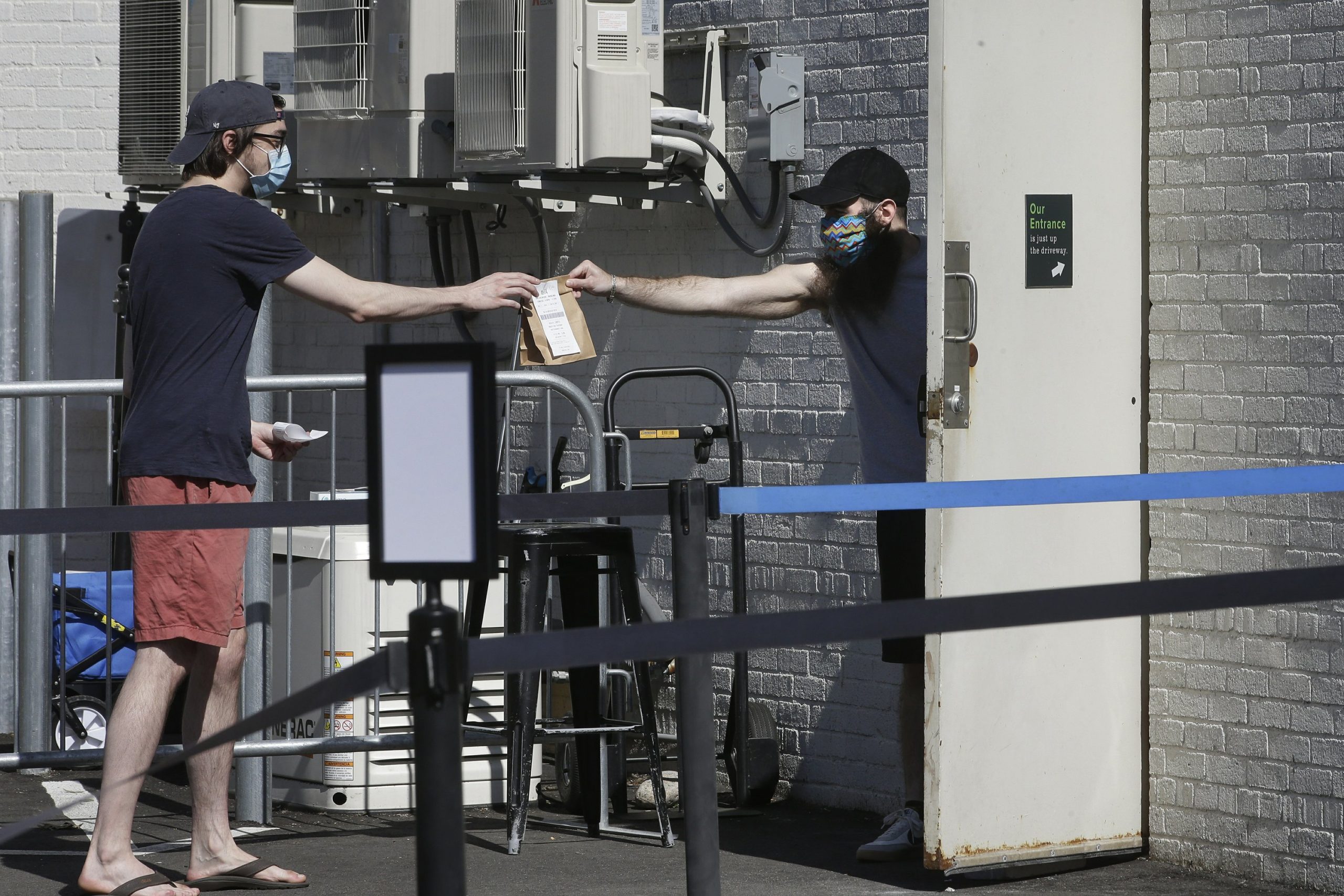 Pot shops reopen, but some fear another shutdown


BOSTON (AP) — Marijuana shops in many states have enjoyed brisk business during the coronavirus pandemic. In New England? Not so much.

Recreational shops reopened this week in Massachusetts with strict regulations after being ordered shut down the past two months.

Now, some worry that state officials could simply shutter them again if there’s a resurgence of the virus in Massachusetts, the only state that has deemed the shops “nonessential” during the pandemic.

“It’s a real concern,” said Amanda Rositano, president of New England Treatment Access, which operates two marijuana shops serving both recreational and medical marijuana customers. “We took an enormous hit these last two months. Our stores saw an 85% to 90% reduction in sales. We really had to scrape by.”

Baker’s office, which didn’t comment this week on the industry’s concerns, has previously said Massachusetts’ retail shops — the only ones operating on the East coast — could draw people from out of state and further spread the virus.

In Maine, where voters approved recreational sales in 2016, officials were aiming to open the state’s first retail shops sometime this spring, but that process has been delayed indefinitely because of the pandemic, said David Heidrich, spokesman for the state’s Office of Marijuana Policy.

Marijuana businesses now hope the first wave of recreational shops can open in the fall after years of delays, said Charlie Langston, managing director at the Wellness Connection, which has applied to add recreational sales to its four medical marijuana dispensaries.

“We’re used to uncertainty here in Maine, at least when it comes to adult-use marijuana,” Langston said. “It’s kind of a bitter irony. After steady progress last year, we’re now back to ‘uh-oh’ again.”

Marijuana operators generally enjoyed a sales boost as customers stocked up in the initial days of the pandemic in March, and then again around April 20, the marijuana holiday known as 420, he said.

Many are seeing sales pick up now as people increasingly turn to cannabis to help cope with new social and economic realities, Fox said.

“Overall sales seem to be up, but I wouldn’t say it’s been a bonanza,” said Fox, noting that marijuana companies don’t benefit from the federal government’s $2 trillion pandemic relief bill and other efforts because cannabis remains illegal at the federal level.

Indeed, April marijuana sales in Washington state, Oregon and California all surpassed last April’s figures, but April sales in Nevada and Colorado were down significantly compared to the prior April, largely because tourism has dropped off, according to Eli McVey, a Denver-based research editor for Marijuana Business Daily, a trade publication.

Eleven states and Washington, D.C., have legalized recreational use of marijuana, but not all have allowed for retail stores. More than half of states have medical marijuana programs.

In Massachusetts this week, some marijuana retailers reported modest demand as the state slowly emerges from one of the worst outbreaks of COVID-19 in the nation.

Boston’s Pure Oasis, the only retail pot shop located in a major East Coast city, is down about 50% from the roughly 600 customers a day it was averaging in March when it first opened its doors, and well short of the nearly 1,000 a day that it had initially projected, said co-owner Kobie Evans.

In the coming days, reopened retailers hope to demonstrate they can operate safely and responsibly in the pandemic and be allowed to expand their services, says Joe Lusardi, CEO of Curaleaf, which operates three cannabis shops in the state, including Cape Cod’s lone retail operation.

Like other nonessential retailers allowed to reopen this week, retail pot shops are limited to offering curbside pickup and online and phone orders. The state is hoping to allow in-store shopping in the coming weeks for most. Medical marijuana dispensaries, meanwhile, have been allowed to let patients into their storefronts and also offer delivery during the pandemic.

“I hope in these times, with governments facing deficits and so many unemployed, that people start to understand our value,” said Nicole Campbell, owner of The Green Lady Dispensary on Nantucket. “We’re providing tax revenue and quality employment with good benefits and health care.”