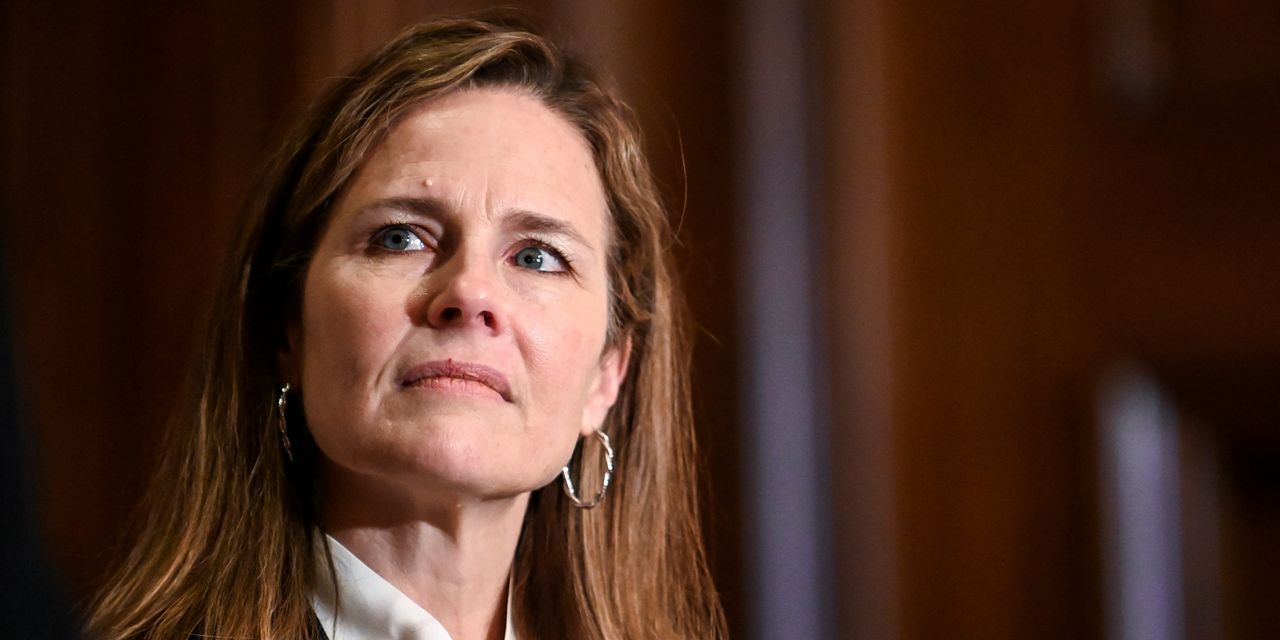 WASHINGTON—Senate Republicans will be pushing full force for President Trump’s Supreme Court nominee at the start of hearings to confirm Amy Coney Barrett, while Democrats will try to make Republicans pay a political price for speeding toward her confirmation before Election Day and in the midst of a pandemic.

Republicans, who control 53 of 100 Senate seats, have the majority needed to confirm her as a Supreme Court justice, likely later this month. With that outcome practically assured, Democrats are taking a scattershot approach, spraying a range of damaging attacks at Republicans with the aim of hobbling them in the elections. Republicans, confident of their current Senate majority but fearful of election losses, are simultaneously working to attack Democrats, whom they accuse of having a bias against Judge Barrett because she is Catholic—a charge Democrats deny.

The stakes are high, with both parties viewing this week’s hearings before the Senate Judiciary Committee as a vital chance to appeal to voters at a moment when millions are filling in their mail-in ballots. Both also are seeking to shape public views about the consequences of the likely result: a 6-3 court favoring conservatives.

The hearing could have immediate electoral consequences for several committee members. Three Republicans on the Senate Judiciary Committee are in tough re-election races, including the panel’s chairman, Lindsey Graham (R., S.C.). Democratic vice presidential nominee Kamala Harris is also on the committee. Activists on both sides of the partisan divide are rooting for senators to come up with a viral moment that will move the electorate in their preferred direction.

“For the Democrats, the idea is to make it as costly as possible in the public sphere,” said Matthew Glassman, a senior fellow at the Government Affairs Institute at Georgetown University. “For the Republicans, it’s important to go through the normal process so they can say this wasn’t rushed. How it becomes understood by the public down the road shapes everyone else’s political futures.”

The combat, meanwhile, was already under way. Republicans were battling Democratic charges that their decision to hold the hearings showed poor judgment because they did too little to minimize the risk of spreading the coronavirus after two Republican committee members tested positive earlier this month. Mr. Graham countered on Fox News Sunday that the hearing room had been set up to comply with safety guidelines set by the Centers for Disease Control and Prevention and that any committee member was free to participate remotely.

“America has to go to work Monday, including us,” Mr. Graham said Sunday on Fox News. “We’re going to work. We’re going to work safely. If you don’t want to come to the committee hearing, you can interview the judge virtually.”

In what might be a sign of the effect of the Democratic attacks, Sen. Joni Ernst (R., Iowa), a committee member whose race is rated a “toss-up” by the Cook Political Report, a nonpartisan election tracker, said over the weekend that lawmakers should be tested for the coronavirus before going into the hearing.

Activist groups were working to shape the messages lawmakers would convey in their opening statements slated for Monday. Nine conservative groups, joined by lawmakers including committee members Sens. Ted Cruz (R., Texas) and Marsha Blackburn (R., Tenn.), have scheduled a conference call with the media during an afternoon break in the Monday hearings, billing it as part of a rapid-response effort to push back at any effort to derail Judge Barrett’s confirmation.

Meanwhile, progressives appealed to Democrats to take a tough approach, saying Democrats needed a viral moment like the one Mr. Graham had during the 2018 hearings for Justice Brett Kavanaugh, when the senator from South Carolina said Democrats had tried to destroy the nominee’s life, adding: “I hope the American people can see through this sham.”

How do you expect both parties to approach the confirmation hearings? Join the conversation below.

Brian Fallon, executive director of the progressive group Demand Justice, said some party activists are upset that several Democratic senators held courtesy meetings with Judge Barrett before the hearing. Mr. Fallon said he would like to see the same passion from Democratic senators that Mr. Graham displayed in 2018. “The Democratic senators ought to channel some of that because the hearings are the last chance to persuade voters how illegitimate this is,” he said.

Democrats say Republicans are breaking a precedent they set in 2016, when they refused to consider Merrick Garland, President Obama’s nominee, because it was a presidential election year, saying the vote should reflect the political judgment voters make on Nov. 3. Republicans say the current situation is different because the Senate majority is considering a nomination from a president of the same party.

Sen. John Kennedy (R., La.) says Democrats are trying to delegitimize the process in a bid to justify packing the Supreme Court next year by adding judges appointed by Joe Biden if he wins the presidency. “Why? Because Sen. Bernie Sanders wants to,” Mr. Kennedy said on Twitter, continuing Republicans’ effort to link the Democratic presidential nominee to his party’s more liberal wing. “Mr. Biden is the nominee, but Bernie Sanders is the new head of the Democratic Party.”

Senators with White House ambitions have worked to use the moment to their advantage. Ms. Harris will participate in the hearings via an internet connection from her office one floor below, an aide said, in protest of what an aide called “Republicans’ refusal to take common-sense measures” to protect senators, staff, and other workers.

Sen. Tom Cotton (R., Ark.), seen as a potential 2024 presidential contender, set up a webpage supporting Judge Barrett, scotuswarroom.com, that featured pictures of himself, Mr. Trump, and the judge. Mr. Cruz, another potential contender, had just days earlier issued a new book about the Supreme Court that opens with an account of his own efforts to shift the court to the right. Sen. Josh Hawley (R., Mo.), another committee member and possible presidential contender, declined to rule out asking Judge Barrett direct questions about whether she thinks the abortion-rights precedent Roe v. Wade was wrongly decided, an issue central to his own political profile.

—Lindsay Wise contributed to this article.