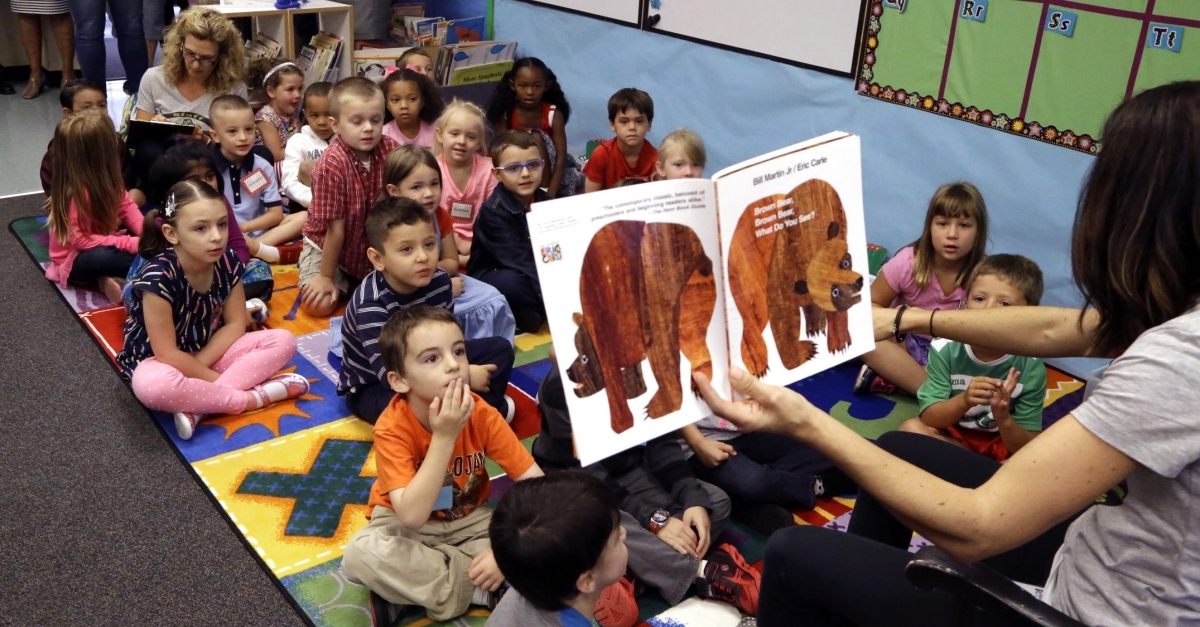 Late last month, the Wisconsin Department of Public Instruction took a stand on a long-debated method of teaching reading to students, ruling that phonics has a place in literacy education after all.

An approach that teaches students how written language represents spoken words, phonics got its endorsement from state schools Superintendent Carolyn Stanford Taylor during the 2020 Wisconsin State Education Convention in Milwaukee. Stanford Taylor said reading outcomes are “not where we want them to be,” and that DPI will make efforts to support schools in delivering phonics-based materials.

This announcement has some in the world of education rejoicing, saying this is a step in the right direction. John Humphries is one of them.

Humphries is superintendent of the School District of Thorp, which is about an hour west of Wausau, and educates about 650 students in grades K-12. The district has spent thousands of dollars on new programs, professional development and consultants to steer staff at toward this type of research-based teaching, he said.

And by the district’s own measurements, it’s working.

When Thorp tested 40 second-graders in the fall of 2018 on their ability to do specific reading-related tasks, nearly half were at high risk for reading difficulties. A year later, those numbers were drastically lower.

But effectively teaching literacy doesn’t begin and end at phonics.

People such as Humphries and Mark Seidenberg — a professor of psychology at the University of Wisconsin-Madison and a cognitive neuroscientist who has studied language, reading and dyslexia — say phonics are part of an overall approach to reading education known as the “Science of Reading.”

This pedagogy comprises five pillars of literacy: phonemic awareness — which refers to being aware that sounds and symbols are correlated, phonics, fluency, vocabulary and comprehension. The approach also delegitimizes the assumption that learning to read is as natural a process as learning to talk. Research shows that while speaking is inherent; reading is not.

In her address, Stanford Taylor said the state’s education authority is “making changes,” and is doing so by calling for an actual, deliberate teaching of phonics.

Seidenberg said DPI is taking a “positive step” by endorsing phonics, but focusing on phonics alone is too narrow in order to develop skilled readers who have a deep understanding of how print relates to spoken language. Rather, he sees DPI’s actions as a response to parent groups who are frustrated with the DPI and school districts’ responses to poor literacy rates.

According to the National Assessment of Educational Progress (NAEP) reading exam that is given to students in grades four and eight across the country, 71 percent of fourth graders in Wisconsin had at least a basic knowledge of reading literacy in 1992. In 2019, that percentage was 66. Nationwide comparisons show that students in 10 states significantly outperformed Wisconsin students.

Wisconsin’s fourth graders ranked 27th in 2019, according to the NAEP exam. In 1994, Wisconsin ranked third.

Part of the reason other states have surpassed Wisconsin in reading proficiency is because they’ve moved away from a “whole language” approach to teaching reading.

Whole language took hold in the 1990s, when schools across the nation began to rely on the belief that students could be taught to read without learning phonics.

Seidenberg says whole language emphasizes a child’s knowledge of the world and their ability to use thinking and reasoning to figure out a text.

“And that’s an important thing to do, once you have certain basic skills like being able to tell that the letters that you’re reading represent a particular word,” he said.

While phonics-based instruction was still occurring throughout this time, whole language became the norm. The debate between the two groups that colloquially became known as the reading wars piqued in the early 2000s, when Congress stepped in and commissioned the National Reading Panel to make a research-based recommendation for teaching literacy.

From there came balanced literacy — an approach based in whole language that sprinkles phonics instruction into it but relies on a reader’s experiences and context to understand the text.

“You’re teaching kids things that are antithetical to decoding, and it’s not working,” Humphries said.

“A beginning reader in kindergarten or first grade already knows about spoken language,” he said. “Their problem for reading is to learn how print relates to the stuff they already know from speech.”

Humphries and Seidenberg, both advocates of the science of reading approach, agreed that phonics needs to be the foundational piece for reading literacy.

There’s not really a different way to teach that, Seidenberg said. And by skipping that phonics step, learning to read becomes more difficult for the learner.