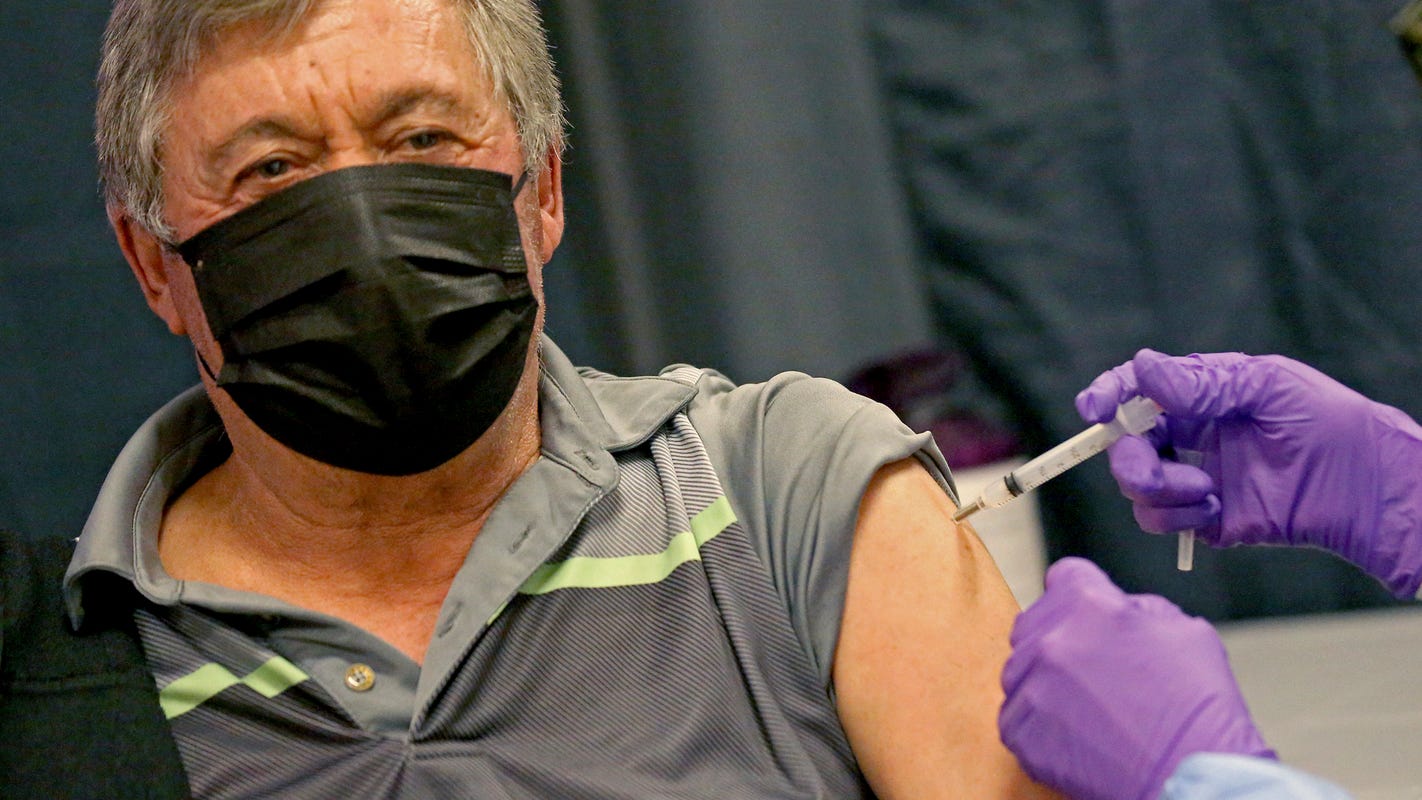 Johnson & Johnson’s COVID-19 vaccine is about to be released to the public and there are some big changes you should know about.

The announcement came one day after new research published in the New England Journal of Medicine suggests that two doses of the Pfizer-BioNTech vaccine cut symptomatic COVID-19 cases across all age groups by 94%.

Now the two-company collaboration has asked 144 volunteers who participated in the earliest phase of its clinical vaccine trials last year to volunteer again to receive the booster, a third shot of the same vaccine designed to see if it will help them fight off new, more infectious variants that have been circulating in recent months.

Pfizer-BioNTech also wants to study a different vaccine that would specifically target the B.1.351 variant, originally seen in South Africa. The U.S. Food and Drug Administration would have to sign off on any change to the vaccine or its delivery.

The news follows an announcement Wednesday afternoon by Moderna, the other company which makes one of the two authorized COVID-19 vaccines, that it is starting a clinical trial of a new vaccine designed to combat the B.1.351 variant. Other vaccine makers, including Novavax, also have said they are developing alternative versions of their vaccines to address possible variants.

It’s not yet clear whether a new vaccine or booster will be needed to address the known variants. But companies want to be prepared if studies show a new vaccine is needed.

“While we have not seen any evidence that the circulating variants result in a loss of protection provided by our vaccine, we are taking multiple steps to act decisively and be ready in case a strain becomes resistant to the protection afforded by the vaccine,” Albert Bourla, Pfizer’s chairman and CEO said in a prepared statement.

Also in the news:

►Country music star Trisha Yearwood is “under the greatest care” at home after contracting the virus, her husband, Garth Brooks, said in a statement. The press release says Yearwood is  dealing with unspecified symptoms but “doing okay so far.”

►About a quarter of the nation’s largest school district’s 1 million students will be back in classrooms Thursday as New York City reopens public middle schools. The move will provide in-classroom learning for another 62,000 students whose parents opted out of remote education.

►Dr. Anthony Fauci says a new, eased guidance for people who have been vaccinated should be coming soon from the Centers for Disease Control and Prevention.

📈 Today’s numbers: The U.S. has more than 28.3 million confirmed coronavirus cases and 505,800 deaths, according to Johns Hopkins University data. The global totals: More than 112.5 million cases and 2.49 million deaths. More than 88.6 million vaccine doses have been distributed in the U.S. and about 66.4 million have been administered, according to the CDC.

📘 What we’re reading: Surgery for a child, car loan, electric bills: We asked Americans how they’d spend $1,400 stimulus checks. This is what they said.

USA TODAY is tracking COVID-19 news. Keep refreshing this page for the latest updates. Are you on Clubhouse? If so, tune in to our live discussion on COVID-19 at 7 p.m. EST Thursday.

Want the vaccine? For many people of color, it’s a trust issue

Less than 14% of the U.S. population has received the vaccine, and preliminary data suggests people of color are being vaccinated at lower rates than white Americans. Chelsea White, executive director of the Dallas Bethlehem Center, said historically the community has not trusted the government or outside groups, particularly when it comes to health care.

“COVID is bad enough for anyone, but when you have this kind of crisis in this neighborhood, it’s just catastrophic and it will affect this neighborhood for years,” White said. “They’ll overpromise, underdeliver and then leave.”

The Ad Council’s $500 million campaign to promote the COVID-19 vaccines launched Thursday, aimed at the 40% of Americans who haven’t yet made up their minds about getting vaccinated. It will slowly change as the landscape of who’s eligible for vaccine and what questions they have shifts.

“We’re dealing with the biggest issues of our lifetime,” said the Ad Council’s president and CEO Lisa Sherman. “We recognized pretty quickly that unless people could learn more about the vaccine and get educated, they may not take them. And then we wouldn’t be any better off next year than we are this year.”

The ads, which will appear on TV, radio and online feature images of people holding hands, families at a child’s birthday, people walking into church together or friends sharing pizza side by side, a reminder of how much things have changed in a year.

The tagline to all is “It’s up to you.” Not to get vaccinated, but to get informed, said Sherman.

Detailed information on a Johnson & Johnson candidate vaccine for COVID-19 raises no safety concerns, according to a report released early Wednesday. A Food and Drug Administration advisory committee is holding an all-day meeting Friday to review the data and is likely to give the vaccine a thumbs-up. That could lead to an FDA authorization for the vaccine within the next few days. J&J vice president Richard Nettles has said the company will make 20 million doses of the vaccine available by the end of March.

The J&J vaccine differs from the two already authorized because only one shot is recommended instead of two, and it doesn’t need to be stored in a freezer.

The FDA advisory committee, called the Vaccines and Related Biological Products Advisory Committee or VRBPAC, is expected to sign off on the vaccine because it seems to have met all the criteria for authorization the FDA established last year.