Pelicans prevented a healthy Anthony Davis from returning to game action, per report 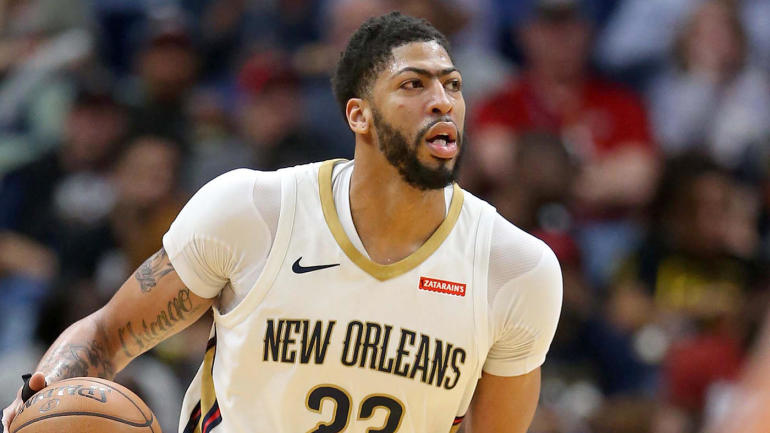 Pelicans prevented a healthy Anthony Davis from returning to game action, per report

Anthony Davis was ready to return to game action against the Indiana Pacers on Monday night after missing a couple of weeks due to a left finger injury, but the New Orleans Pelicans apparently weren’t ready for that to happen.

According to a report from Chris Haynes of Yahoo Sports, the Pelicans’ front office prevented a healthy Davis from making his return on Monday night as they remain engaged in trade talks involving the All-Star forward. Across the league, there’s an impression that his absence will extend through Thursday’s trade deadline, at the very least.

Davis – through his representation – requested a trade from the Pelicans last week and made it known that the Los Angeles Lakers were his preferred destination. However, he also made it clear that he planned to play, regardless of whether or not a trade actually comes to fruition.

“My intentions are to play,” Davis said last weekend. “I’ve been working to get my finger back healthy. Obviously, it’s a tough situation, but my intention is to still play and when I’m able to play, I plan on suiting up.”

Pelicans head coach Alvin Gentry would certainly love to have Davis at his disposal, as the team has gone just 3-10 without him on the season. However, he revealed that Davis’ availability for games isn’t up to him.

“I don’t make those decisions,” Gentry said. “I was told he’s been cleared to practice. That’s what I know.”

In addition to the Lakers, the Pelicans have been made aware of three other teams that Davis would be willing to stay with long-term after a trade – though Davis has no intention of signing an extension this summer – according to a report from ESPN’s Adrian Wojnarowski. Those three teams are the New York Knicks, Los Angeles Clippers, and Milwaukee Bucks.

The Pelicans play just once more before Thursday’s trade deadline – on Wednesday night against the Chicago Bulls – so it’s possible – even likely – that Davis will be sidelined for the game as well, (8 p.m. ET — Watch on FuboTV with NBA League Pass add-on ). Obviously, if he’s traded he will start playing for his new squad right away, but if not, it will be extremely interesting to see what the Pelicans decide to do with him for the remainder of the current season, and beyond.