Our View: State should not retreat on Maine women’s health 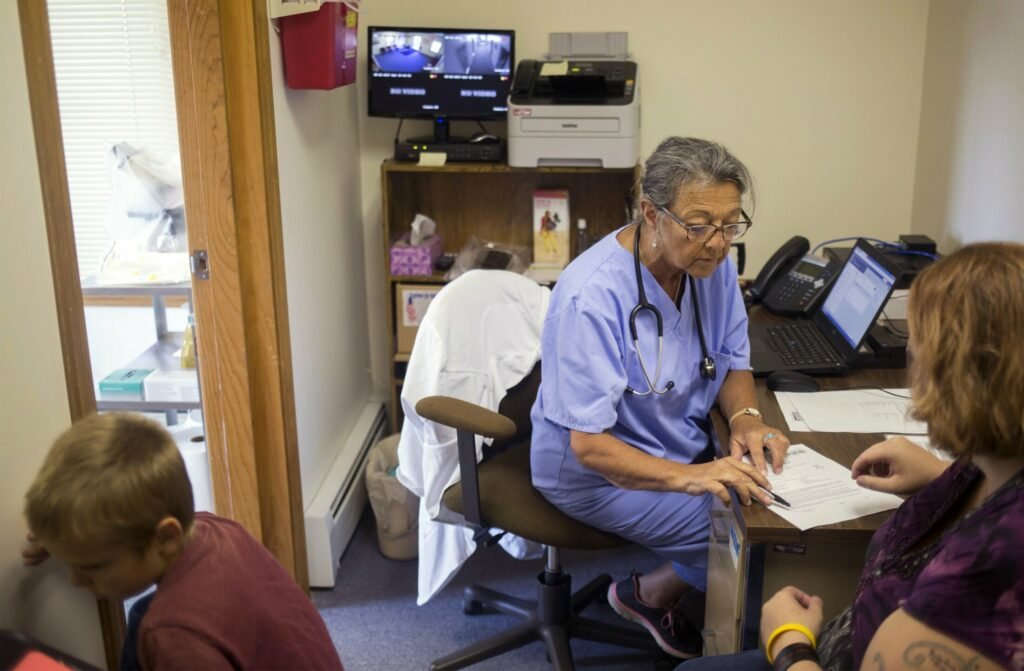 Our View: State should not retreat on Maine women’s health

The richest country in the world should not also be in first place when it comes to women who die of pregnancy-related complications.

But that’s the case in the United States, where there are 26.4 maternal deaths per 100,000 live births, almost three times the rate of such deaths in the United Kingdom and more than six times as often as Finland.

You would think that statistics like that would shock the conscience of policymakers and spur them to invest in reproductive health care. But the Trump administration has done just the opposite and used its power to cut access to family planning and other health care services for low-income women in a misguided attempt to make legal abortions harder to get.

Fortunately, Maine lawmakers have a chance to say that this is not the time to retreat.

At issue are new rules promulgated by the Trump administration that limit the kind of sexual and reproductive care that can be provided to low-income patients under a federal program known as Title X. Under the new rules, providers who receive the funds are prohibited from discussing abortion as an option with their patients. Doctors and other health care professionals are forbidden from referring a patient they are seeing for Title X services to an abortion provider, even if that’s what the patient asks for.

Under those conditions, Maine’s family planning clinics, Planned Parenthood and Maine Family Planning, chose to withdraw from the program in which they had participated for nearly 50 years. L.D. 1613 would replace the lost federal money with state funds, roughly $2 million a year, keeping alive a vital link in the state’s health care network.

Because defunding Planned Parenthood and other abortion providers is the real motivation behind the federal gag rule, you could think that this funding is related to abortion, but it is not.

No Title X money is used to pay for abortion services. It does fund birth control for people who don’t have the ability to pay for it. It also covers pregnancy tests, cancer screenings and testing and treatment for sexually transmitted infections. Denying those services to people because they can’t afford them will not reduce unintended pregnancies, but it will have other consequences. How do we know?

We can look at the experience of other states. When Iowa forced the closure of family planning clinics, sexually transmitted infection rates skyrocketed. New Hampshire saw an explosion of gonorrhea and chlamydia when it cut money for its testing program.

Health care providers around the state say that the family planning clinics provide a point of entry into the health care system for people who wouldn’t otherwise have any access and that the clinics work in partnership with other providers to extend health services into rural areas where access to care is scarce.

Maine lawmakers should step up and fill the gap created by the federal government. This is no time to retreat on women’s health.

Our View: Legislature should shine light on ‘dark store theory’