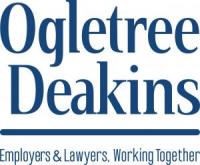 Infrastructure Summer. Congress remains out this week but is expected to be very busy for the remainder of July. Democrats will seek to gain traction on two major legislative priorities: an infrastructure deal backed by 11 Republicans and 10 Democrats and a $2-$6 trillion package addressing paid leave, child care, Medicare expansion, climate change, and myriad other issues. Democrats are expected to use the budgetary reconciliation process to pass the latter bill without Republican support. Specific details on these proposals are not yet available, but given the potential labor and employment policy impacts, the Buzz is watching these issues closely.

Noncompete Executive Order. President Biden will issue a sweeping executive order targeting national economic competition issues. The Buzz is particularly interested in provisions of the order instructing the Federal Trade Commission to issue regulations restricting the use of noncompete agreements and “unnecessary” occupational licensing requirements. This executive order does not come as a complete surprise, since during his campaign, then-candidate Biden’s website stated: “As president, Biden will work with Congress to eliminate all non-compete agreements, except the very few that are absolutely necessary to protect a narrowly defined category of trade secrets, and outright ban all no-poaching agreements.” The Buzz will have more on this when the executive order is issued.

OSHA ETS Compliance. As of July 6, 2021, covered employers must be in compliance with most provisions of the Occupational Safety and Health Administration’s COVID-19 emergency temporary standard (ETS). These employers will have two more weeks—until July 21, 2021—before they must comply with the ETS provisions regarding physical barriers, ventilation, and training.

USCIS Scraps Trump Proposal on Students, Exchange Visitors, and Media. U.S. Citizenship and Immigration Services (USCIS) continues to roll back restrictive immigration policies advanced by the previous administration. This week, USCIS withdrew a notice of proposed rulemaking issued in September 2020, that would have replaced duration of status rules for F-1, J-1, and I nonimmigrants with fixed time periods for admission. According to the notice of withdrawal, 99 percent of comments opposed the fixed time limits of the proposed rule.

Casey at the Bat. 63 years ago this week, baseball Hall of Famer and then-manager of the New York Yankees, Casey Stengel, testified before the Senate Anti-Trust and Monopoly Subcommittee during a hearing on baseball’s antitrust exemption. Chairman of the committee, Senator Estes Kefauver (D-TN) (the Democrats’ vice president nominee in the 1956 presidential election) didn’t invite Stengel to testify because he was an antitrust law expert. Rather, Kefauver—a master of political publicity who famously exposed the underworld of organized crime via his Senate Special Committee on Organized Crime in Interstate Commerce—invited Stengel as a publicity stunt. It worked, too: media flocked to the hearing, giving Kefauver a political boost, and the exemption remains in place to this day. Stengel once said, “[t]here comes a time in every man’s life, and I’ve had plenty of them.” Testifying before the U.S. Senate was likely one of those times.