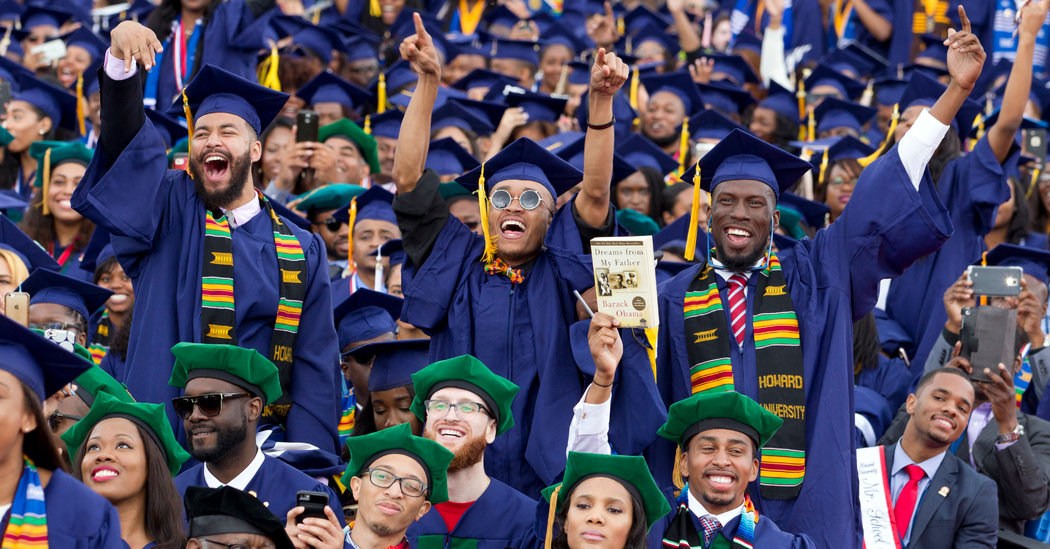 
We Americans believe in education. We tend to assume that if you help a young person get a good education and the right skills, then she’ll be able to make her way in American society. Opportunity will be bountiful. Social harmony will reign.

This formula has not worked for many African-Americans.

Over generations, great gains have been made in improving black students’ education. In 1968, just 54 percent of young black adults had a high school diploma. Today, 92 percent do. In 1968, about 9 percent of young African-American adults had completed college. Today, roughly 23 percent have.

And yet these gains have not led to the kind of progress that those of us who preach the gospel of the American dream would have predicted and that all young people are entitled to.

If the income gaps are bad, the wealth gaps are horrendous. In 2020, the wealth gap between white and black families is as wide as it was in 1968. Ray Boshara of the St. Louis Fed pointed out that between 1992 and 2013, college-educated whites saw the value of their assets soar by 86 percent, while their black counterparts saw theirs fall by 55 percent.

College-educated blacks tend to have higher student loan burdens. When a young white adult wants to buy a home, his parents will often help him out. When a young black man is at that stage, he’s more likely to be sending money to his parents to help them out.

It turns out that increasing educational opportunities does not by itself reduce income disparities. Nor does it reduce social disparities. Minority students who graduated college were supposed to enter a less racist America. They have not. Seventeen percent of college-educated blacks say they face discrimination “regularly,” compared with 9 percent of high school-educated blacks. Half of all black Americans with at least some college said they’ve feared for their personal safety because of their race, compared with roughly a third of those with less education.

Integrated colleges try to create welcoming homes for minority students, and they try to prepare them for adulthood. It’s not entirely working. Fifty-five percent of the black graduates of historically black colleges and universities strongly agree that their school prepared them well for life. Only 29 percent of black graduates of non-H.B.C.U. schools feel that way. About half of black H.B.C.U. graduates say their college was “the perfect school” for them. Only 34 percent of black non-H.B.C.U. alumni say the same.

The gospel of the American dream teaches that as people make it in America they will feel more accepted by America, more at home in America. This is not happening for many African-Americans.

Perhaps you saw Chris Lebron’s Times Op-Ed this week. Lebron has taught at the University of Virginia and Yale and now teaches philosophy at Johns Hopkins. A great American success story.

But Lebron writes about how unsafe he feels. “I almost never attend casual faculty functions. I don’t go out for drinks. I don’t entertain for dinner parties and I don’t seek to ingratiate myself into the lives of my white colleagues. … It’s already hard enough to breath in America. Every day you feel like you’re living with a knee on your neck.”

This profound alienation is not unusual, especially within the upper echelons of American society. Read Critical Race Theory, which started at elite law schools. Read Ta-Nehisi Coates, the most celebrated American writer right now. Read Ibram X. Kendi, one of the best-selling authors right now, who has lost faith in the way schooling is done. He calls Barack Obama’s Race to the Top program a racist extension of previous efforts that discriminated against black students.

Or read “Afropessimism,” by Frank B. Wilderson III, of UC Irvine, who argues that anti-black violence is intrinsic to world history: “Blacks are not going to be genocided like Native Americans. We are being genocided, but genocided and regenerated because the spectacle of Black death is essential to the mental health of the world.”

Many conservatives and moderates say these ideas come from campus culture. People read Foucault and develop an alienated view of the world. The blunt facts, however, suggest that, overstated or not, these writers are responding to something real in the world, something real in the world both of the less educated and of the highly educated. People are responding to the failure of the mainstream, moderate, progressive formula for how to create a more equal pluralist America.

I’m a moderate guy, but the evidence doesn’t support moderation when it comes to racial equity. Better schooling is essential to creating a fair and equal America. But it is not nearly enough.

The Times is committed to publishing a diversity of letters to the editor. We’d like to hear what you think about this or any of our articles. Here are some tips. And here’s our email: letters@nytimes.com.