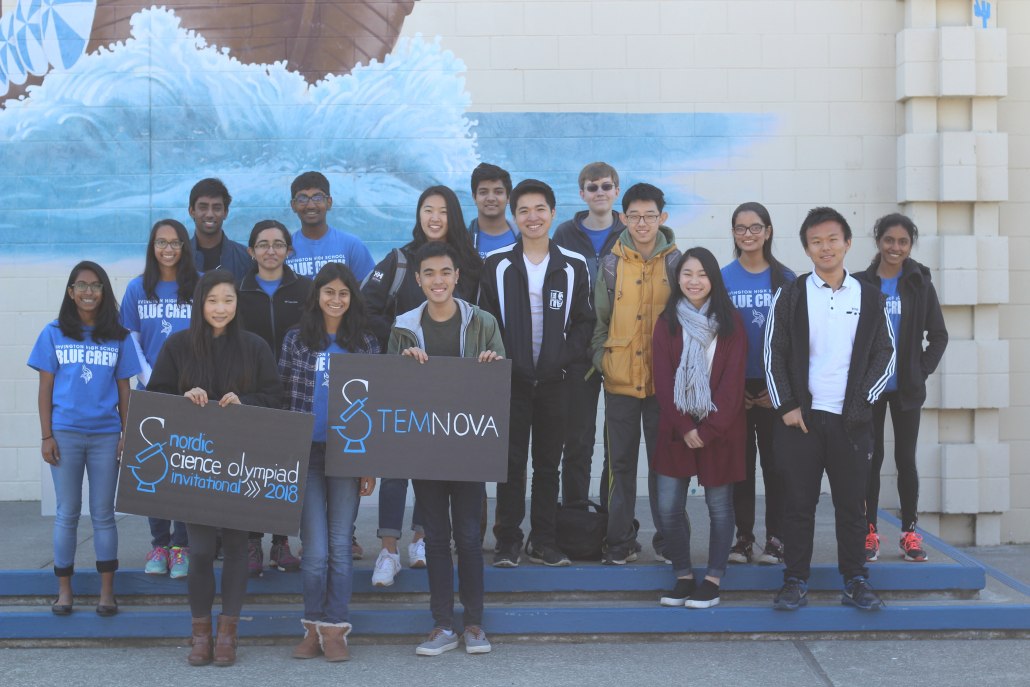 When then-high school student Isha Sanghvi saw that her younger brother’s public elementary school did not offer a hands-on, engaging science curriculum, she became concerned about the future of his education. Due to the large age difference between her brother and her, she considers herself to be a third parent to him. When going over his assignments, she noticed that her brother’s science courses mainly centered around coloring worksheets and cardboard robot projects.

Although Sanghvi lived in an affluent neighborhood in the Bay Area, there were few opportunities for students in the public school system to receive a quality science education.

In 2016, she began investigating what equitable science opportunities would be available to less advantaged communities and realized that most high-quality science programs were expensive, and students would miss out on learning opportunities.

Additionally, Sanghvi said she came to understand that current science curriculums offered do not connect science to students’ lives and rather focus on reaching learning benchmarks and end-of-the-year goals. As a result, Sanghvi and her friends decided to create an afterschool program at her brother’s elementary school called Stemnova.

Stemnova, a grassroots STEM education nonprofit, quickly became sought after by many parents in her hometown, with the city of Fremont contacting her and asking if the program could be brought to more schools. Stemnova then expanded to assist family shelters and shelters for those experiencing homelessness and two years later hosted a 650 student hands-on learning STEM competition at the team’s local high school.

“[The event] was the culmination of being able to really see that we could become a nonprofit just because we have never really seen ourselves as anything bigger than like a local organization,” said Sanghvi, a sophomore studying neuroscience. “Seeing that need and seeing students from all over California attend something like this, made us realize that [Stemnova] could grow a lot bigger than what we originally envisioned it to be.”

While the Stemnova team began teaching in 2016, it was formally established in 2017 as a 501(C)3 organization. However, when Sanghvi’s team members went to college and began attending different universities such as University of Pennsylvania and UCLA, Stemnova halted operations in 2019. In March 2020, the team became more educated on educational inequalities accentuated due to the coronavirus pandemic, and Stemnova restarted in a virtual setting.

“[My team members and I were] really just itching to do something when [the coronavirus] hit because we felt so helpless and so paralyzed by everything that was going on,” Sanghvi said. “We were like if there’s anything we can do to help we would want to do it.”

Sanghvi said that after doing a deeper dive into education inequity, her team spoke to community educators and other educational professionals and decided to focus on middle school students.

“We’ve noticed that, for the most part, middle school is a turning point for most students where they’re at that age where they can really absorb and understand science but also at that age [when] bad experiences might turn them away from pursuing things in high school and higher education,” Sanghvi said.

The team ran recruitment in August, and students from all around the country joined the team, including seven USC students. After recruiting a larger team, the Stemnova education team worked on creating a science curriculum that could be replicable throughout the country. To do this, Stemnova decided to pilot a virtual climate change and urban sustainability program at three middle schools, two in Los Angeles and one in Philadelphia.

Stemnova has two components that make up its mission. One component is creating engaging science curriculums and afterschool STEM programs relevant to the community and intersectional to social justice.

“We’re really interested in finding ways to make the most engaging and equitable kind of curriculums and programs around STEM that are really afterschool and hands-on learning,” Sanghvi said. “Oftentimes, science curriculum or science programming is either not free or [has] high costs which is one of the biggest barriers to access, or it’s just not engaging and doesn’t really allow students to fully understand science from a hands-on way, which means that they’re just not very likely to pursue it in the long term.”

Various Stemnova team members noticed that many well-meaning STEM non-profit programs create a curriculum and enter communities without knowing the context, culture and background of the communities. In response to this need, the Stemnova team created the second component, the Chapter Leader Program.

This program creates community involvement by training local leaders to teach students in their own communities. Stemnova meets with the Chapter Leaders every couple of weeks to teach them how to be effective educators, how to establish good leadership skills and how to teach young students in engaging ways.

Sana Shah, a junior majoring in health promotion and disease prevention and an education director at Stemnova, said she joined the Stemnova team in August because she loves working with students but had never been able to tie her passion for STEM with the empowerment of other students, especially students of color.

Shah’s education team’s main role is ideating what the topic of the year will be. This semester, the pilot program focus is on virtual urban sustainability and climate change.

Her team also develops every aspect of the curriculum by making powerpoint presentations and project based learning opportunities. Shah’s goal is to ensure that, in the future, people who are not part of the education team can also teach by looking at the curriculum guide and teaching the class.

“We’re not only teaching students about climate change and sustainability through our program, but we’re also exposing them to a future in the field,” Shah said. “We’re making sure that students have a long term interest and investment in the curriculum that might help them in high school and college and beyond.”

Laya Madulapally, a sophomore majoring in computer science, is a tech director at Stemnova whose team worked alongside the education team to develop a sustainable city model for climate change curriculum using SketchUp, a 3D modeling computer program.

Madulapally was in charge of creating a climate change tracker website, so students could enter the amount of energy items, waste management items and transportation items they could invest in to make their city greener.

“I thought that was really interesting [to join the team] because their mission was really powerful to me,” Madulapally said. “The idea of providing some education to underserved communities, As someone in STEM myself from a minority, being a woman and being Asian, it’s really important for me that I’m able to spread the mission of STEM, being able to get students interested in engineering and science.”

Madulapally thinks the pilot program and curriculum is going well despite the challenges of shifting the curriculum online. Teaching the students and holding the lessons has been successful and the tech team is currently working on developing a soli tech curriculum and coding curriculum and are hoping to pilot it in the fall, she said.

Outreach director Shivani Daftary and her team took on the role of contacting schools and determining the partnerships with the three selected middle schools for the pilot program in December. In February, the pilot program began and has been successful so far with two schools meeting once a week with Stemnova and one school meeting twice a week.

“It started off with reaching out to different schools and organizations to pilot our educational curriculum,” said Daftary, a senior studying human biology. “That took a lot of sending out cold emails and scheduling calls, a lot of preliminary interviews to see what an organization was about, whether we could or couldn’t support them.”

Sanghvi’s long term goal from Stemnova is to create more equitable learning opportunities within the public school education system, by creating a curriculum that can be integrated directly within classrooms. Currently, a lot of Stemnova’s programming is afterschool-based and not everyone can be a part of after school activities. Stemnova also strives to create as many community-based chapters as possible and believes there is an infinite model of growth in grassroots learning within program.

“We always ask students to journal like, ‘Why does science even matter?’ ‘Do you consider yourself a scientist?’ — really asking them to engage with their own identity in science and really reconcile the fact that each and every one of us are scientists,” Sanghvi said. “I think that biggest click and that biggest change in the mentality in which students learn is the biggest thing that makes them convinced to follow science in higher education.”