Noah Smith: Education is for everyone, but college isn’t 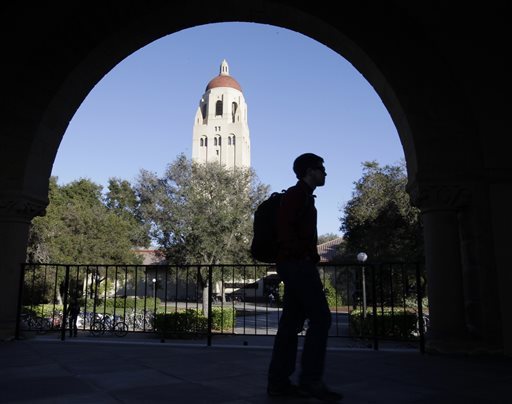 Noah Smith: Education is for everyone, but college isn’t

Rep. Alexandria Ocasio-Cortez says she wants to turn K-12 schooling into K-16 — in other words, to move toward making public four-year colleges free and universal. But there are good reasons not to do this. Past a certain point, education probably works best as an eclectic mix of approaches rather than as a one-size-fits-all program.

The four-year university program has become the standard among the educated classes who make education policy. But just because the system worked for them doesn’t mean it works for everyone. Over time, the percentage of young Americans with college degrees has risen, but it’s still a minority.

It’s not clear how much more this rate can or should be increased. At present, only about 67% of those who enroll in four-year colleges graduate within six years. This rate has increased slightly since 1990, but some education researchers question whether this is due to improved performance or to lower standards for graduation.

Proponents of universal free college may argue that students could be dropping out because of the price But the fact that graduation rates have been relatively stable for decades, despite big increases in tuition, suggests that price is not a major explanation for dropout rates. Instead, it suggests that the four-year college track simply isn’t for everyone.

The four-year college model could also be a bad fit for people who just want a good job. In recent years, students have been gravitating away from humanities and social science majors and toward health services and other pre-professional majors. That’s a sign that lots of today’s students don’t go to college in order to become well-rounded scholars, but to climb into the middle class and earn a decent living. For these students, shorter, more practical degrees might be in order.

So policy makers should think about alternative options for the substantial portion of Americans who are either unwilling or unable to earn a bachelor’s degree or higher. One option is career technical education (CTE). Economists Ann Huff Stevens, Michal Kurlaender and Michel Grosz estimated in 2018 that, even after controlling for student characteristics and individual differences in pre-degree earning power, these programs provide a substantial return on investment. In the health sector, those returns ranged from 12 to 99%.

The returns would be even higher for students if the government invested more on their behalf. From 2013 to 2016, economists William Evans, Melissa Kearney, Brendan Perry, and James Sullivan conducted an experiment at community colleges in Fort Worth, Texas. Randomly chosen students were offered assistance in completing their degrees, including mentoring, coaching and financial aid in emergencies. The program increased graduation rates substantially, and the authors estimate that those students’ extra earnings exceed the program’s costs after only 4.5 years.

This suggests that governments should go ahead and make community college free. Politicians such as President Barack Obama have long promised to do this, and there seems little reason not to. Because most people who attend community college come from low-income backgrounds, there’s little worry that this money would go to rich kids. It might even be worth it to pay people to go to community college, to help compensate them for foregone earnings.

Another alternative is on-the-job training. College specializes in teaching abstract ideas and general knowledge, but for directly applicable specific skills, it’s hard to beat the education that one gets from coworkers in a task-oriented environment. In a recent paper, economists Kyle Herkenhoff, Jeremy Lise, Guido Menzio and Gordon Phillips looked at workers who changed jobs. They found that workers who were paid less than their coworkers in the first job tended to earn more in the second job. But the reverse didn’t hold — workers who were paid more than their coworkers at one job didn’t take a hit to their earnings when they switched. To the extent that wages are a measure of job skills, this suggests that workers learn from more knowledgeable co-workers, but that the more knowledgeable co-workers don’t suffer any penalties from teaching their fellow employees.

There are several ways to boost on-the-job learning in the U.S. labor market. One is to give companies more incentive to provide worker training. To some extent this is already happening — in 2017, according to one report, U.S. companies spent $90.6 billion on training, representing a substantial increase from 2016 (though much of this may represent training regarding sexual harassment and other bad behavior). Government tax breaks and other incentives could encourage more companies to train their own workers instead of relying on the publicly funded education system to do it for them.

Apprenticeships are another approach. Widely regarded as having been successful in Germany, and with evidence suggesting returns similar to those of other types of education, these programs are catching on in the U.S., with about a half-million people now in apprenticeship programs. Although typically associated with manufacturing, apprenticeships can also be useful for white-collar jobs. Under a program from the Obama era, the Department of Labor has been helping set up apprenticeships.

So although the traditional four-year university track is good for some Americans, there are many others — disproportionately from disadvantaged backgrounds — who would benefit from alternative education and training programs. Instead of turning K-12 education into K-16, the government should embrace the kaleidoscope of learning approaches.

Noah Smith is a Bloomberg Opinion columnist. He was an assistant professor of finance at Stony Brook University, and he blogs at Noahpinion.