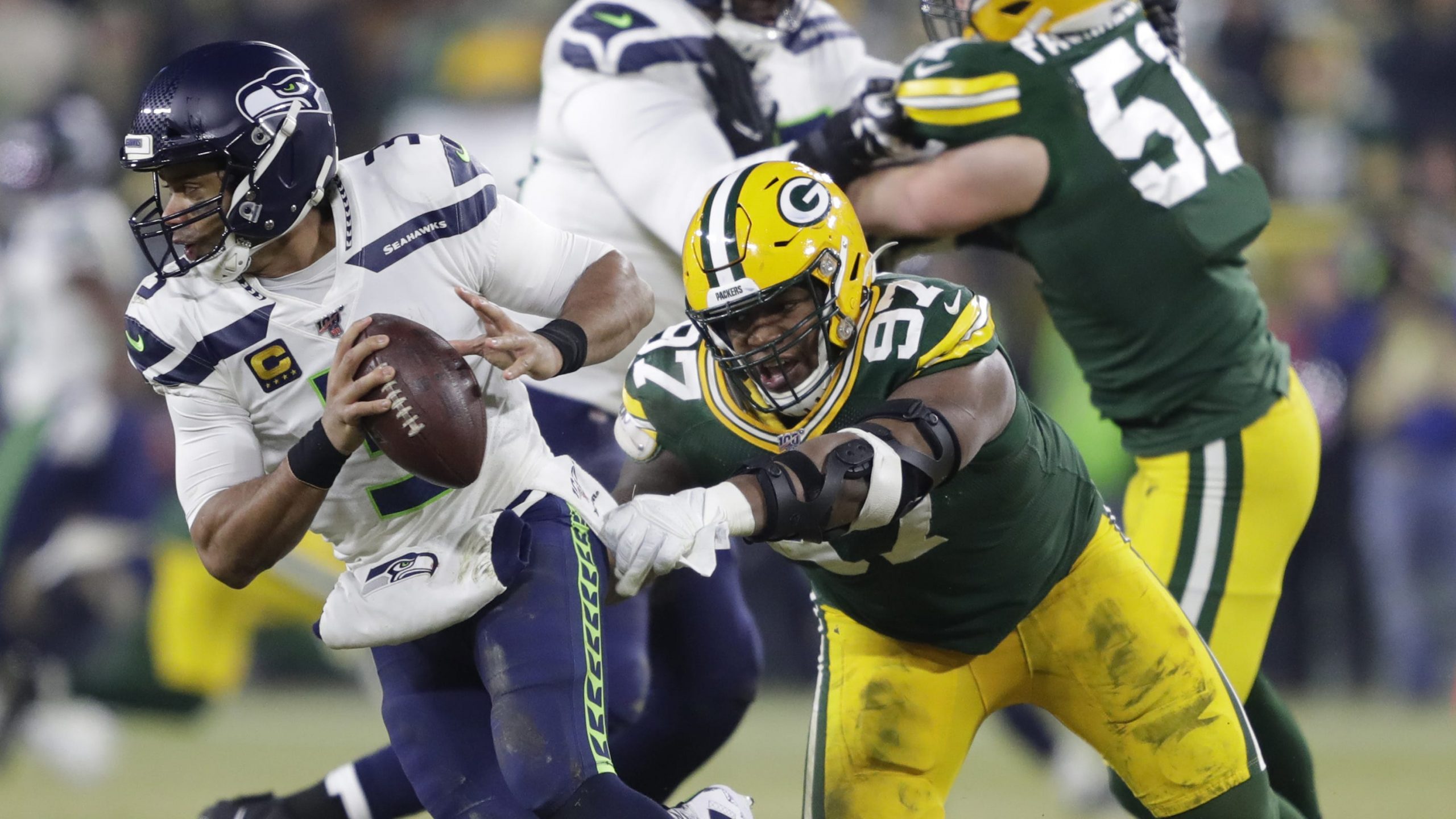 We’ll start with Bill Huber of SI.com writing that Packers defensive tackle Kenny Clark will get his expected huge pay day, but that it won’t be forthcoming anytime in the near future.

The San Francisco 49ers traded defensive lineman DeForest Buckner to the Indianapolis Colts for a first-round pick, with the Colts quickly signing Buckner to a contract extension worth a reported $21 million per season.

That means it wasn’t only a good day for Buckner but for Green Bay Packers standout Kenny Clark.

Buckner and Clark were first-round picks in 2016, with Buckner being the seventh pick of the draft and Clark the 27th. Both players were set to play the 2020 season under their fifth-year option. Buckner’s contract extension sheds some light on Clark’s future deal. That future deal isn’t coming anytime soon, though. A source said that won’t be coming until after free agency.

An extension will happen for #Packers DT Kenny Clark, and it will be huge, based on DeForest Buckner’s deal upon being acquired by the Colts.

That extension is not happening soon, though.https://t.co/bblnuQuofh

The Niners’ defense won’t be as daunting without Buckner:

Make no mistake, the #49ers are not as good as they were yesterday after trading DeForest Buckner. But their new reality means making difficult decisions that they hope can keep their winning window open longer. COLUMN: https://t.co/d2Ud9YrIGH

Pete Dougherty says the Packers took a step back in order to go forward:

For subscribers: The #Packers made two additions on Monday, but may have missed an opportunity to fill their glaring hole at tight end. https://t.co/2RbwdOf3Gi

Blake Martinez is bound for the Big Apple:

The Packers signed an apparent replacement for Martinez (and at a lower price):

One league linebackers coach told https://t.co/Ss5aHFTD0m that Kirksey is “good fit” for the Packers but is a huge injury risk. https://t.co/0P7egvbZTZ

And they followed that up by signing a lower-cost alternative to right tackle Bryan Bulaga:

#Packers had room to make one blockbuster deal. Seems now like they’re going for a bunch of mid-to-low price deals, but this thing is just getting started. https://t.co/IUtqDTjWNT

Huge money with a cap probably around $15M this year. Would have wiped out more than half of #Packers’ cap space this year. https://t.co/nSVOBFTcgZ

The Bears seem to collect them:

The Bears now lead the NFL in tight ends under contract:

Graham is 7 seasons removed from his career-best season with the Saints. And last year was ordinary at best. Still, his 38 catches and 447 yards with three TDs compare favorably to the 2019 line of six Bears TEs (46 catches, 416 yards, 2 TDs)

Some will question whether or not Jimmy Graham, 33, can adequately improve tight end position for #Bears because he did not run well last season.

It’s a down year for TE in the draft and, as you know, the team has limited resources.

Forget about going out to watch OTA practices this year:

NFL teams can still enter into a contractual agreement with a player, but the player cannot visit the team facility. #Packershttps://t.co/LMA1EwBWU8

Amari Cooper got a rich deal to remain with the Cowboys:

Amari Cooper is signing a 5-year, $100m deal with Dallas per @AdamSchefter

The Bears might have found their antidote to Mitch Trubisky:

#Bears are working to make a deal happen with Teddy Bridgewater. #Bucs have also expressed interest.

Tom Brady could play a role in it all. If Brady goes to #Chargers or stays with #Patriots, Tampa might emerge as frontrunner for Bridgewater.

Pro Football Focus would project Bridgewater to win the starting nod in that scenario:

“An upgrade over the inaccurate Mitch Trubisky.” @PFF_Eric on the reports that Teddy Bridgewater could be heading to the Bears pic.twitter.com/abAJcbpQrb

And then again, they could go another way:

The phones are active in the NFL world right now and the Bears, per a source, are reaching out to the Bengals and Jaguars re: trade possibilities for Andy Dalton or Nick Foles.

Packers nemesis Stefon Diggs is shuffling off to Buffalo:

Bills have acquired @stefondiggs in a trade from the Vikings. @NFLonFOX

This is your (seemingly) daily Taysom Hill update:

Per an internal league memo, here are the official franchise and transition tag number for 2020. pic.twitter.com/h8D5Td2wWf

A little more context as to why I just decided to pour coffee all over myself. The other two decided to take a coffee break and I was gonna show them mine was over. Alas it was not. pic.twitter.com/H4tr5Pjz5e