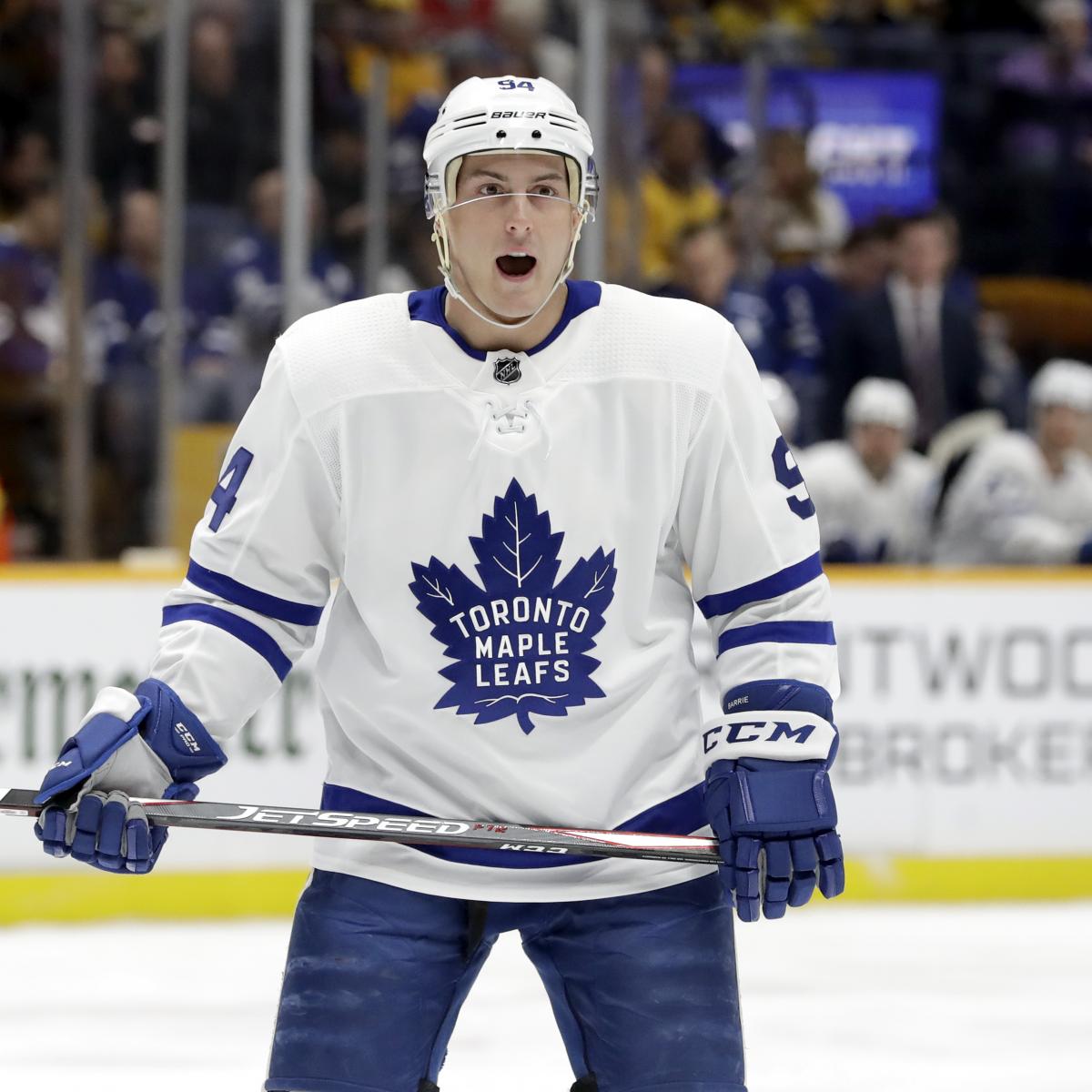 The NHL trade deadline arrives Monday at 3 p.m. ET, and buyers are lining up their last best offers to make the upgrades they hope will turn them from pretenders into contenders for the Stanley Cup.

There have already been several deals made in the past week but no blockbusters with the potential to rock the foundation of the league. As ESPN’s Dimitri Filipovic noted, there’s “mild trepidation” around the NHL because most of the league is jumbled together, fighting for postseason positioning.

Even with the parity around the league, there are plenty of trade rumors to analyze leading up to the deadline.

Sitting in third place in the Atlantic Division with 72 points, the Toronto Maple Leafs don’t seem like a team primed to be sellers in their quest to make the playoffs for the fourth straight season and advance past the first round for the first time since the 2012-13 season.

Regardless, according to TSN’s Bob McKenzie, the Maple Leafs have been receiving calls for Tyson Barrie in the wake of the defensemen market being sapped by a flurry of deals. McKenzie noted any deal for Barrie wouldn’t be a “sell off for future considerations” by Toronto, which would want a defenseman coming back that makes it better down the stretch.

Acquired from the Colorado Avalanche during the offseason, Barrie struggled out of the gate, with just one assist during an 18-game stretch from Oct. 7 to Nov. 15.

Since Sheldon Keefe replaced Mike Babcock as head coach on Nov. 20, Barrie and the Leafs have turned things around, going 23-12-4 after a 9-10-4 start. The 28-year-old has 26 points in the past 39 games and ranks fourth on the team with 28 assists this season.

Barrie’s unrestricted free agency this summer could lead Toronto general manager Kyle Dubas to entertain offers for the blueliner, but the team’s standing in the playoff race makes it difficult to justify a deal.

The Ottawa Senators are one of the teams that can reasonably be expected to sell at the deadline. Their 53 points entering Friday’s schedule are the second-fewest in the Eastern Conference.

One potential trade candidate on the Senators roster is forward Vladislav Namestnikov, who is reportedly receiving significant interest. Per TSN’s Darren Dreger (h/t Josh Gold-Smith of The Score), the Maple Leafs, Winnipeg Jets, Colorado Avalanche and Columbus Blue Jackets are interested in the 27-year-old.

The Senators are taking a cautious approach with Namestnikov leading up to the deadline, per Dreger:

Namestnikov not dressing for the Senators tonight. Don’t believe a deal is done, but this is asset management.

There’s little incentive for Ottawa to keep Namestnikov, who is in the final season of his contract, making a reasonable $4 million base salary.

Among the four teams Dreger listed as having interest in Namestnikov, the Blue Jackets would seem to have the most immediate need for an offensive player. They rank 28th in the NHL with 2.56 goals per game. Columbus is also in a dogfight for playoff positioning in the Eastern Conference. The gap between the top five wild-card teams is just seven points, with the Blue Jackets in the top spot with 73 points.

The saga between the Winnipeg Jets and Dustin Byfuglien could be resolved before the trade deadline.

Per TSN’s Frank Seravalli, the Jets are “attempting to exhaust all trade options” for Byfuglien before considering a potential contract termination.

Byfuglien has yet to play in a game this season because of issues dating back to training camp. He was suspended without pay for not reporting to camp in September and then had ankle surgery the following month that was expected to keep him out until at least January.

In November, The Athletic’s Pierre LeBrun reported that the NHL Players’ Association had filed a grievance on Byfuglien’s behalf, challenging his suspension by the Jets.

Seravalli reported on Feb. 3 that Winnipeg and Byfuglien were trying to work out a mutual contract termination that “would formally end his suspension and bring to a close the grievance.”

One potential problem involved with trying to deal Byfuglien, according to Seravelli, is that the 34-year-old “remains a long shot to return to the ice this season.”

In a market no longer flush with defensemen, Byfuglien could be an attractive buy-low option for contending teams in need of depth. He comes with plenty of risk given his health status, but there’s enough upside to give the Jets hope this saga can come to an end in a way that benefits all parties.