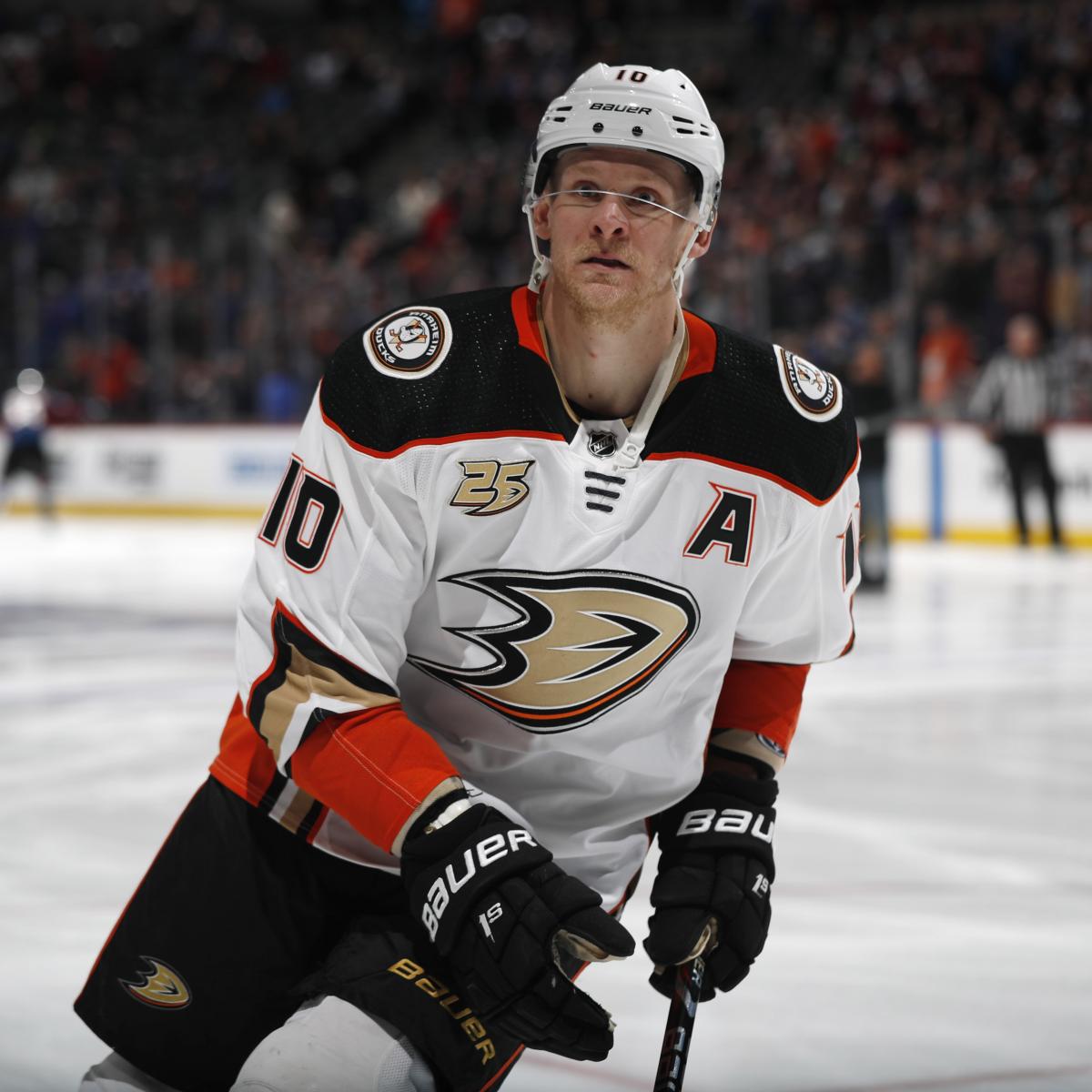 The Boston Bruins knotted up the Stanley Cup Final on Sunday night, setting up an epic Game 7 against the St. Louis Blues. This means that the entire 2018-19 NHL season has just one game remaining. Then, we’ll officially be on to the offseason.

For the teams that aren’t in the championship series, though, the offseason is already here. Free agency doesn’t kick off until July 1, but teams are already putting in work to evaluate potential signings and trade options.

If the trade market mirrors the one we saw just before the trade deadline at all, we’re likely in store for a wild offseason full of roster movement. There should be plenty of that as teams scramble to put together playoff-caliber rosters ahead of next season.

Anaheim Ducks wing Corey Perry was one of the league’s best players during his heyday. However, the 34-year-old has seen his play fall off in recent years, scoring 20 or fewer goals in each of the last three seasons. He’s also coming off an injury-plagued year in which knee surgery limited him to just 31 games.

With two years remaining on his contract—and with a cap hit of $8.6 million for each of those seasons—it wouldn’t be a shock to see the Ducks moving on this offseason.

According to The Athletic’s Pierre LeBrun, this is exactly what is likely to happen.

“Sources have told The Athletic that the Ducks are exploring the trade market for the 34-year-old winger and barring that, a potential buyout,” LeBrun wrote. “…[The] reality is that Anaheim is going with a younger roster and the timing is right for this change.”

Ideally, Anaheim will find a trade partner, which would allow the team to avoid paying out a portion of Perry’s contract while getting something in return. Even if it doesn’t, however, it appears that his days as a Duck are coming to an end.

An Eriksson-Lucic Swap is a Possibility

According to the report, the two players have contracts that their respective teams could look to get rid of—and a swap is possible.

As Dreger pointed out, new Oilers head coach Dave Tippett knows Eriksson from their time with the Dallas Stars. The writer also stated the Canucks “do see value” in adding Lucic.

What could cause problems in the player swap is the fact Eriksson has three years remaining on his contract while Lucic has four left on his deal.

“For the Vancouver Canucks to consider that type of swap I think that there would have to be some type of sweetener coming from the Edmonton Oilers to take on the extra year,” Dreger wrote.

This means a straight-up player-for-player deal is unlikely. Edmonton will probably have to throw in an additional name or perhaps a bit of draft capital in order to facilitate an Eriksson-Lucic trade.

Maple Leafs Likely to Be Sellers on the Trade Market

While the Canucks and Oilers could be working to make a deal with each other, the Toronto Maple Leafs may simply be working to trade some players, period.

“Word around from a bevy of hockey sources is that the Leafs have been extraordinarily active talking trade,” Steve Simmons of the Toronto Sun wrote. “… They’ve talked, for certain, with other teams about Kasperi Kapanen, Patrick Marleau and possibly Connor Brown, who I get conflicting reports on.”

Brown is an intriguing name when it comes to the trade market. He appeared in all 82 games last season, is just 25 years old and has one year remaining on his current contract. He hasn’t developed into an elite player, but he’s young and, at worse, a quality piece of depth.

The question for Toronto is whether it is eager to grant him an extension after the upcoming season. If the answer is no, then it makes sense to try getting something for him now instead of letting him play out his contract.