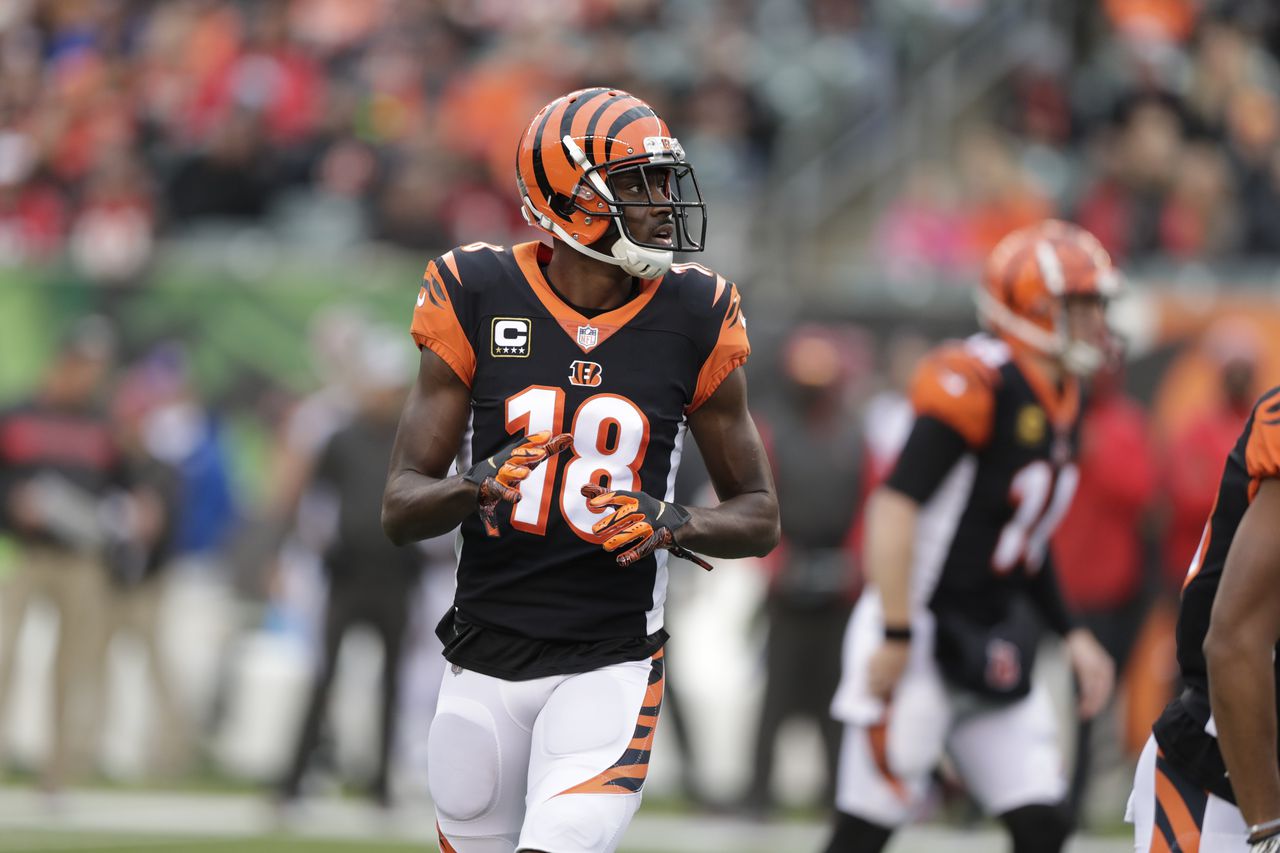 The 2019 NFL trade deadline will occur at 4 p.m. on Tuesday, October 29, 2019. That leaves NFL teams less than one week to go all-in or become a big-time seller and look to the future.

Here’s the latest on the New England Patriots dealing Michael Bennett to the Dallas Cowboys, the Cincinnati Bengals decision on A.J. Green and the market for Jets wide receiver Robby Anderson.

Will Bennent haunt the Eagles?

Not only is Bennett now directly ahead of the Eagles in the NFC East standings, but the versatile defensive lineman can potentially finish off Philadelphia in a head-to-head showdown at Lincoln Financial Field in December.

According to Albert Breer of Sports Illustrated, don’t assume the Bengals will be dealing away the star wide receiver by Tuesday at 4 p.m.

The Bengals have some pieces in which other teams would be very interested. A.J. Green’s the obvious one—another star in his 30s in a contract year. Carlos Dunlap and Geno Atkins are both very good players, too, and would carry value, too. And the Bengals are 0-7.

That said, owner Mike Brown didn’t sign off on a fire sale, no matter how bad things are. Also the team wants to allow for Zac Taylor to build a foundation for 2020 and beyond over the second half of the season, which would be significantly tougher to do with a stripped-down roster.

What’s the market for Robby Anderson?

Breer notes the teams that could make a play for the Jets big play threat.

Again, the market for receivers is pretty hot. The Patriots and Niners were out there actively looking. Also among those that have kicked the tires on adding at the position, with the caveat that these talks can simply be exploratory, have been the Saints, Bills, Eagles and Packers. Two names that have been floating around out there at the position won’t excite people like A.J. Green would—Jets’ Robby Anderson and Browns’ Rashard Higgins. The former, naturally, would come at a higher cost than the latter.