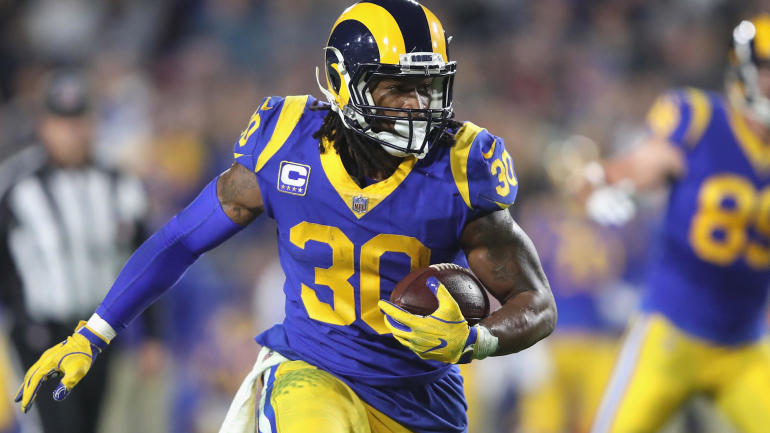 The teams with the best records in the NFL, and the NFC’s highest-scoring offenses, clash Sunday in the NFC Championship Game when the New Orleans Saints (14-3) host the Los Angeles Rams (14-3). Kickoff from the Mercedes-Benz Superdome is at 3:05 p.m. ET, and the winner goes to the 2019 Super Bowl. L.A. averaged 32.9 points during the regular season, just above New Orleans’ 31.5, and both teams feature a slew of dangerous playmakers who should thrive on the fast track indoors. Sportsbooks list New Orleans as a three-point favorite. The Over-Under, or total number of points Vegas thinks will be scored, is 56.5 in the latest Rams vs. Saints odds. Before you make any Rams vs. Saints picks or NFL predictions, check out what the SportsLine’s top-rated NFL expert, R.J. White, has to say.

White again emerged as the top pro football handicapper on SportsLine this season, hitting an astounding 62 percent of his spread selections and netting $100 bettors a profit of nearly $2,000. The stats guru also cashed big last season in the world’s most prestigious sports handicapping tournament, the Westgate Las Vegas SuperContest, where he has driven deep two of the past four years.

What’s more, White has a strong record of success in handicapping these teams, the Rams in particular. He boasts an impressive 20-5 spread mark in games involving the Rams over the past two seasons.

Just last week, White advised SportsLine members that Los Angeles (-7) would have success running the ball against Dallas, which would be the difference-maker. The Rams did just that, piling up 273 yards on the ground in their eight-point victory. Anyone who followed White’s advice booked another win.

Now, White has analyzed Saints vs. Rams (stream live on fuboTV) from every angle and released a confident point-spread pick that is available at SportsLine.

White knows the Rams have outscored their last three opponents 109-63, covering each game, with C.J. Anderson and Todd Gurley forming a dominant backfield duo. Anderson exploded for 422 yards and four scores in that span, while quarterback Jared Goff tossed five touchdowns. In their punishing 30-22 Divisional Round win over the Cowboys, the Rams rushed 48 times for 273 yards (5.7 per carry). Brilliant coach Sean McVay has devised a balanced, up-tempo attack that’s peaking when it matters most.

While the Saints are usually stout against the run, they could be in trouble after losing massive defensive tackle Sheldon Rankins to a torn Achilles’ in their Divisional Round win over the Eagles. The 6-2, 305-pound run-stuffer was enjoying his best season with eight sacks, 15 quarterback hits, 40 tackles and a forced fumble.

But just because L.A. is rolling doesn’t mean it’ll stay within the Rams vs. Saints spread on Sunday.

White also knows that for the Saints to make good as home favorites on Sunday, their run defense will be absolutely crucial. New Orleans had the No. 2-ranked rush defense this season and allowed 100 rushing yards or fewer 13 times so far, going 12-1 in those games. Linebacker Demario Davis was signed in the off-season specifically for that purpose and he came through with 110 total tackles to lead the team, 11 of which were for loss. Saints safeties Vonn Bell and Kurt Coleman also proved willing to drop into the box.

Against a Rams offense that leaned heavily on the run in their win over Dallas in the divisional round, Davis will need to be a major factor on Sunday. If Davis and the rest of the Saints defense can hold Todd Gurley and C.J. Anderson in check, it would force Rams quarterback Jared Goff to beat them over the top.

We can tell you White is leaning toward the under, but his much stronger play is on the side. He has scoured this matchup and unearthed the critical factor that makes one side a must-back. He’s only sharing what it is, and who to back, at SportsLine.

Who wins Rams vs. Saints? And what critical factor makes one side of the spread a must-back? Visit SportsLine now to see which side of the Rams vs. Saints spread you should jump on, all from the top NFL expert who’s hitting 80 percent of his NFL picks on Rams games, and find out.