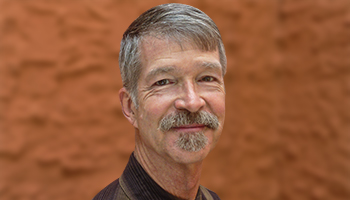 When a drive to raise Florida’s minimum wage got underway in 2019, its backers had no inkling what was about to come in 2020.

Their bid to amend Florida’s constitution to pay everyone at least $15 an hour by 2026 was approved by 61.3% of voters in November. Now, amid the Covid-19 pandemic, hotel operators along with other Florida businesses have to figure out how to navigate the new labor cost environment.

For some, it won’t be that hard. Hotels in Florida urban centers such as Orlando, Tampa and throughout South Florida are already paying above the current $8.56 minimum because of competition for workers and a high cost of living.

Good hoteliers in secondary markets do much the same. At HDG Hotels, an Ocala-based operator of 19 properties in midsize Florida towns, managers last year analyzed their pay structure. “At the time, we had four people on a 500-person [full-time employee] roster just above or at the current minimum wage,” said Lisa E. Lombardo, the company’s chief people and culture officer.

Still, the company became a leading opponent of Amendment 2, the minimum wage campaign. That’s because of the cascade effect of raising the rest of the workforce when the minimum goes up, first to $8.65 in January and then to $10 in September.

“The increase in year one across our entire portfolio was over $1 million in increased labor costs, because of how you have to step everyone else up a smidge while you catch everyone up to the new floor,” Lombardo said. “By 2026, it was knocking on $8 million. This year alone, we’re down $7 million in our projected revenue. So, when you try to think where the extra costs are going to come from, you’re getting leaner on every line that you possibly could.”

And Lombardo said some hotels have it worse. “In areas with a lower cost of living, an inflated wage is really a devastating blow. When you look at those rural markets that maybe don’t have a lot of hotel supply, that’s where you’re going to see this gets tricky for hotel operators,” she said.

Also, smaller hotels will suffer more than larger ones. That’s particularly true for bed and breakfast operators, said Olivia Hoblit, regional manager at the Seaside Amelia Inn, in Fernandina Beach, which has a number of B&Bs. “You can’t afford to pay a large amount [for labor], especially because in the off-season you’re already struggling,” she said.

The problems, of course, are compounded by Covid. “If this was 2018 or 2019, it would have been different,” said Bharat Patel, owner of the Quality Inn Sarasota Airport.

Patel said the labor pool is reduced by workers either fearful of public contact or at home caring for loved ones. There are higher costs for sanitizing and special shielding to buy for front desk personnel. And Patel said when the entry-level workers get a raise in the minimum wage, he can’t give his whole workforce a bump and still have the finances work.

“I can’t automatically give everyone $12 an hour when revenues are down,” Patel said.

A study done for Amendment 2 Hurts You, which opposed the minimum wage hike, projects that 158,000 jobs will be lost as a result of the higher minimum wage.  At least some of those will be lodging employees.

But there are limits, said Lombardo. “You can’t turn to a housekeeper and say, ‘You know how you did 17 rooms yesterday? Because of this increase in labor costs, instead of having two housekeepers we have one, so now you have to do 30 rooms today.'”

Instead hotel operators will find other areas to trim. One might be free breakfast, she said; another might be in-room amenities. And the reduced housekeeping that has evolved during the pandemic might stay on at some hotels after it ends, she said.

“These are things that came about out of necessity because of Covid, but they might need to remain to mitigate these increases in labor cost,” Lombardo said.

Another answer might be to raise room rates, but Lombardo doubts that will happen. She said hotels don’t set prices based on cost but rather on supply and demand. Of course, if hotels close as a result of Covid’s economic impact, that could alter the supply/demand equation.

Plans to build new hotels in Florida have also slowed, because the pandemic and the increased minimum wage have created uncertainty about investment returns, Lombardo said.

Both Lombardo and Hoblit agree that the biggest impact on vacationers to Florida will be felt outside the lodging sector.  Small businesses that visitors use will probably try to pass along higher labor costs in pricing.

“What might affect tourism to Florida is our attractions, restaurants and stores,” Lombardo said. “They will all likely have higher prices, so visiting Florida and staying in a hotel to go to those places might need an amplified cost.”

While the federal minimum wage is $7.25, seven other states, including California, have already raised their rate to $15.  Florida’s rate is designed to increase each September by $1 an hour until it hits $15 in 2026.
Lombardo said she doubts Florida will lose tourists to other destinations because the $15 rate will spread to other states.

“They’re going to catch up and end up in the same boat, ultimately, as we are,” she said.