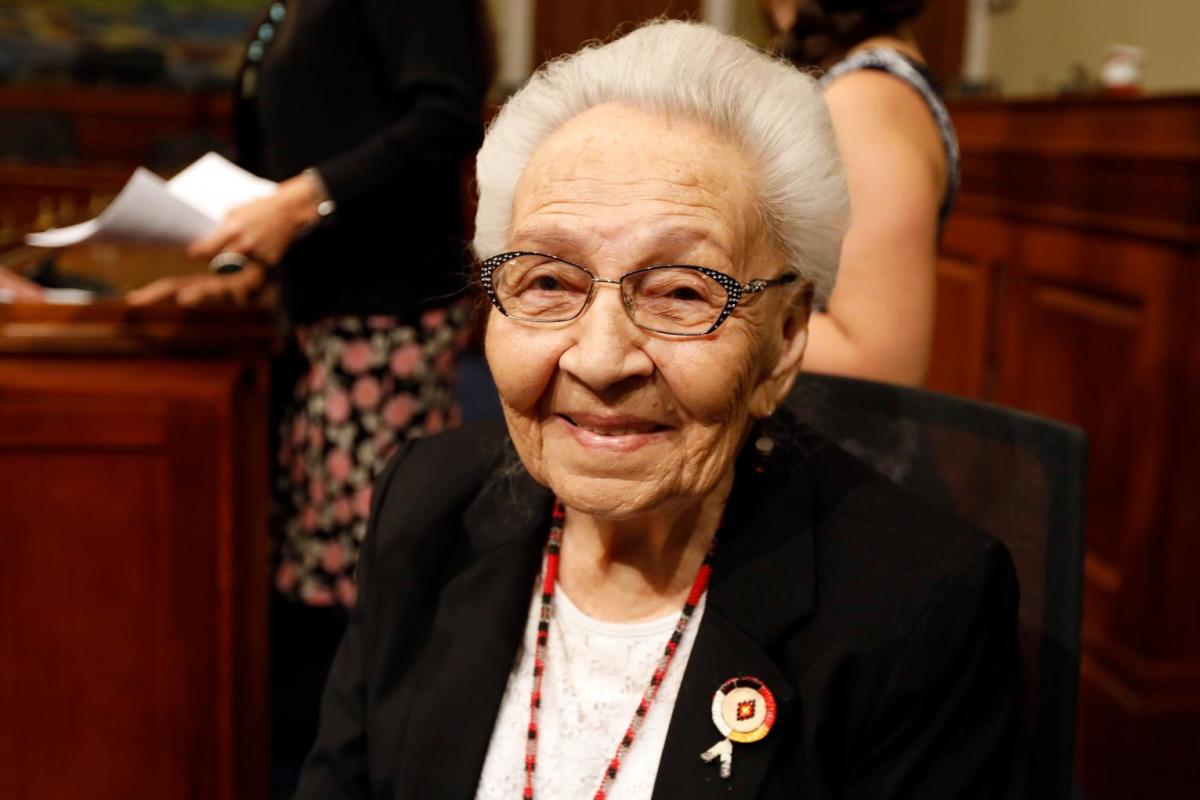 WASHINGTON (AP) — Democratic presidential candidates will descend on Iowa next week to do something that Native Americans say doesn’t happen enough: court their vote.

At least seven White House hopefuls have said they’ll attend a forum in Sioux City on Monday and Tuesday named for longtime Native American activist Frank LaMere, who died in June. Tribal leaders and citizens will talk with candidates about issues including health care, education and violence against Native women.

Several candidates attending the forum, including Bernie Sanders, Elizabeth Warren, Julian Castro and Marianne Williamson, have issued platforms dedicated to the needs of indigenous people. Marcella LeBeau, a 99-year-old registered Democrat and a citizen of the Two Kettles Band of the Lakota, said that’s a change from the past when politicians largely overlooked Native issues.

“We’re like a third-world country,” she said. “No one really listens to us.”

Many Native Americans live in “hard-to-count” rural areas and are not reflected in the U.S. Census Bureau’s Current Population Survey, so the census cannot accurately measure their voter registration as it would for black, white, Asian and Hispanic citizens. Census estimates say Native Americans make up around 1.7% — or 5.3 million — of the U.S. population, and suggest that more than 3.7 million Native Americans are of voting age.

As more Native Americans gain access to the polls, they may be a powerful asset for candidates. Richard Witmer, a political scientist from Creighton University who specializes in American Indian politics and policy, said the Native American vote can swing a close national election.

Candidates rarely court the Native vote like they do other demographics, noted Nicole Willis, a citizen of the Confederated Tribes of the Umatilla who lives in Seattle.

“It’s almost like a moral test of a candidate. Like, are you going to pay attention to this group that has traditionally been ignored?” said Willis, who was a Native American outreach adviser to President Barack Obama as well as a 2016 presidential adviser to Sanders.

Warren has had her own problems with the Native community. After President Donald Trump gave her the nickname “Pocahontas” for her claims of Cherokee citizenship, Warren took a DNA test to try to prove her ancestry. The test did provide some evidence of a Native American in Warren’s lineage, albeit as many as 10 generations back.

But the Cherokee Nation complained that tribal nations, not DNA tests, determine citizenship, and that Warren was “undermining tribal interests with her continued claims of tribal heritage.” Warren apologized and will face scrutiny at the forum over how she handles the issue.

Ahead of the event, New Mexico Rep. Deb Haaland, a citizen of the Laguna Pueblo and one of the first Native Americans in Congress, endorsed Warren for president. And Warren joined with Haaland on Friday to propose legislation that would cordon off funding for tribal priorities from Congress’ unpredictable appropriations process, fulfilling a key recommendation the U.S. Commission on Civil Rights made last year.

Activists say tribal citizens still face barriers to voting that must be addressed.

Voter ID requirements are another hurdle. States such as North Dakota require voters to provide ID and a street address at the polls, so the many rural Natives with only a P.O. Box number have been barred from voting, Semans said.

Just this month, a federal appeals court ruled against members of North Dakota’s Turtle Mountain Band of Chippewa, who had said such requirements were unconstitutional.

In some areas where Four Directions has made voting more accessible, Native voter turnout has doubled, Semans said.

The swing vote is likely to favor Democrats, who are often seen as more receptive toward the needs of Native American communities on issues like health care, tribal sovereignty and economic development, Witmer said.

Indigenous people hold profound respect for their tribal elders and leaders, who can sway the vote of whole reservations, Semans said. Michigan, Wisconsin, Nevada, Colorado, North Carolina, Minnesota and Arizona, each of which has a sizable Native population, are most likely to see a Native swing vote in 2020, Semans said.

“Political parties have taken for granted how Natives turn out and vote,” Semans said. “Either pay attention to us or don’t count on us.”