Muslims have never been slave to politics, until now… 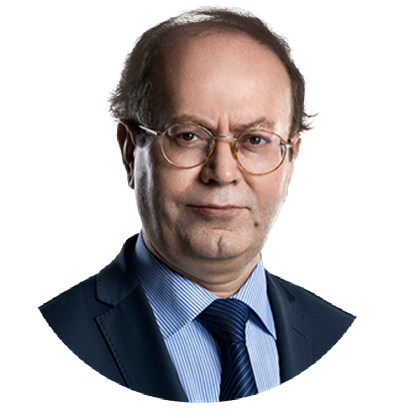 Muslims have never been slave to politics, until now…

Let’s first cast off our prejudices: The ancient Greeks did not, as it is presumed, philosophize; rather they politicized.

The ancient Greeks did not philosophize; they politicized

Philosophy is a form of thought that the Greeks engaged in through politics.

The philosophy of the Greeks was shaped by politics, not the other way around.

Greek philosophy, especially post-Socrates, entered the orbit of politics, which sent philosophy down into the dumps.

That’s exactly what Aristotle said when he was describing the philosophy of Socrates and therefore his own.

Philosophy had lost its connection with the supernatural, nature, and with the divine, especially in the period after Socrates.

In other words, the Greek was doomed to build a metaphysical world without the physics.

Metaphysics too was confined to the limited forms of perception of physics, through physics itself; and physics was transformed into a prison that had severed its connections to humanity.

Hence, what we define as politics was the product of this imprisonment.

The religion of the Greeks, was a philosophy that was built sans metaphysics, which built metaphysics on the foundation of physics, and their form of worship was politics.

The paradox here has never been understood or overcome for two and a half millennia!

The great temple of the Greeks was the “polis,” the Greek city-state.

The world consisted of the Polis/the Grecian city-state. The Greek city-state was the center of the world.

This is why the Polis was “sacred.”

The rules of the Polis were binding. Those who boasted about being ancient Greeks, Athenians and Spartans, extolled their own cities and abhorred anyone who belittled them.

The citizens of the Polis consisted of only the Ancient Greeks. To them, those who weren’t were either barbarians or slaves!

The slaves and the barbarians existed for the sole purpose of living to serve the citizens.

The Greek citizen was considered the most privileged of the Greek city-state, in other words they were the “high presists.”

To summarize, the Greeks did not philosophize, they politicized; they philosophized through politics using its methods and principles!

The modern world: built under the Greeks’ shadow, the slave of politics

Hence, the modern world was also built on politics.

The world of politics is earth-bound, and worldly property.

Politics is the world of property; of worldly property and the state.

The West tells us a fairy tale: since the beginning of time, we’ve been told the legend that the world of the Greeks was built on philosophy. Their world consists of not philosophy but politics.

Politics is a prison. With a power to corrupt at that!

The Church was collapsed by politics.

In Islamic civilization, political science is generally accepted as a sub-branch of moral science.

Politics is a means, a technical instrument. It is not a resource to create, hence it can only pave the path; it is a sanctuary.

The truth is hidden beyond politics…

Throughout history, Muslims have never been slave to the prison of politics.

Hence, they did not consider politics as a means.

They believed that property came from and belonged to God, not human beings.

For the first time in the last two centuries, and especially the last century, Islamic factions have attached an undeserving ontological importance to politics.

Politics was the means, but it has now transformed into an end.

The end is more important than the truth.

This has rendered Muslim factions the slave of politics.

It seems as if they expect everything from the state. The capability and the gratification of standing on their own feet has withered away.

Authenticity is what will save us once again.

That and our strive for independence, our vigor and personal efforts.