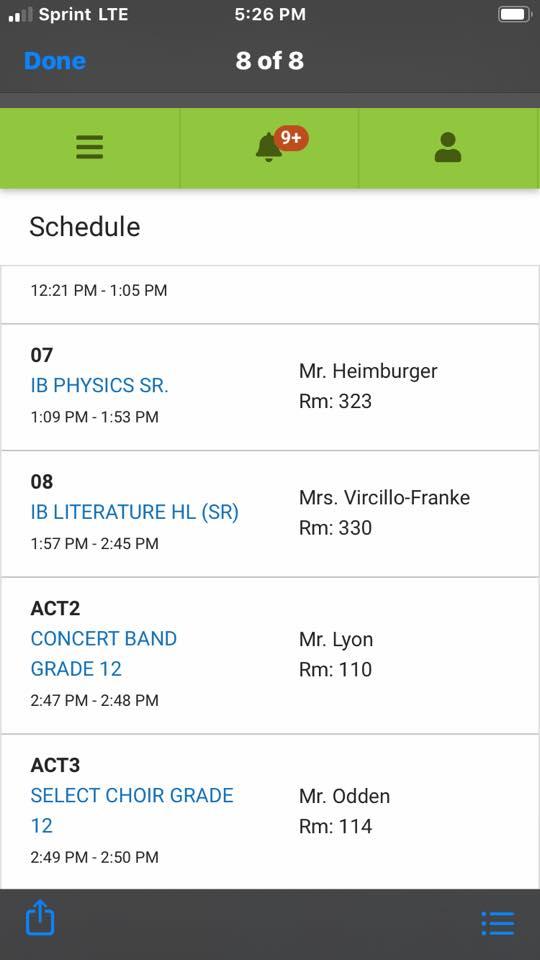 Parents and teachers are moving forward with lawsuits against the Buffalo Public School District regarding access to music education. This can partly be attributed to years of instability surrounding music education in the city. WBFO’s Nick Lippa reports it’s created an atmosphere of confusion, where in attempts to meet requirements, schools have implemented a technical one-minute period where students receive credit for music classes.

“My son is very interested in music, however it was really nurtured when he entered City Honors in fifth grade,” said Wendy Diina, the parent of two children currently at City Honors High School.

Her son is currently a senior who is looking to major in sound recording technology and music production next year in college.

“He was the young kid who looked up to the older kids and always wished that he was the one who was in twelfth grade and bringing all the other kids along,” Diina said.

Diina was happy with the music education her son was receiving until recently, when last year an arbitrator ruled City Honors teachers no longer had to perform non-teaching duties, which forced the district to trim five-and-a-half teaching positions in a short period of time. Music saw a reduction in hours. Diina said that changed everything.

“They were unable to get in to the room,” she said. “The instruments weren’t easily accessible. They have incredibly shortened periods pre and post school. They don’t have the ability to play in any way or bond and be in a comradery situation with other students to make music.”

In her son’s earlier high school years, Diina said there was more access to the band room to practice.

“Many of the kids didn’t have those instruments at home. So it was always there. It was a part of the fabric of their day.”

Things got worse for Diina this year when she realized band and chorus were both only a one-minute period this year in her son’s schedule.

“It shows up in the schedule as a one-minute period, which to be honest with you I don’t really understand,” she said.

That doesn’t mean students only get a minute of music. They get credit by coming in before or after school for their ensemble for a set period of time. The one-minute period in the schedule is a technicality.

“We have in the past allowed teachers to begin, like have band before the regular school, but then teachers get out a period early,” Rumore said. “That is something that would be up to an individual teacher if they wish to do that and we have allowed that.”

Diina said that can be a major problem. Her son has to show up at school by 7:20 a.m. for class. For students, parents and teachers, it’s an extended day, but credit is given as if it is part of the normal schedule.

When it comes to equal arts access across the state, this is something many parents and teachers say needs to change.

An unnamed teacher told WBFO band before school throughout the District is limiting. They said when students have transportation issues, they may only have 20 minutes together and added that does not meet the requirements to receive credit.

Hutch Tech Band Director Amy Steiner herself has dealt with this problem for years.

“Hutch Tech is an example. You have two music teachers there. But there’s no ensembles going on right now because they can’t figure out how to schedule it in an eight period day,” she said. “A nine period day would open up a period.”

Is a nine-period day a solution?

“Only if it did not adversely impact the rest of the teachers,” said Rumore, given that didn’t change teachers start and end times.

Other unnamed administrative sources told WBFO they want band in the schedule, but they are not sure they can without cooperation from the BTF. It’s a problem some administrators say they have inherited from previous regimes.

Rumore said he believes most schools can fit it in the schedule without the change.

Steiner, who has been outspoken on this issue over the past year, says BPD Music Supervisor James Schwanz and several teachers have been trying to make things work, but instability surrounding music in the city has led to a future date in court.

“When we’re pointing out, over and over again, that we’re out of compliance, we can’t be giving kids credit for things that they’re not taking. Let me help you. We can help you figure this out. As a teacher, your voice can only go you so far because you are always scared of what could happen,” Steiner said. “There is that little fear, especially in music in the city of Buffalo because of every year, and I’ve been in the District since the 90’s, and every year you are afraid of getting cut. You’re afraid of maybe my principal just didn’t think I did a good enough job. This is a big fear.”

It is part of the reason there are only five teacher names in the lawsuit recently filed against the BPS. Teachers, parents and even some administrators are worried about retaliation or losing out on future job opportunities.

This comes at a time when schools like McKinley and Da Vinci High School still don’t have a music teacher.

One parent who wanted to be held off the record was told by a past administrator from Da Vinci, “Students are not interested in band here.”

WBFO has received several comments regarding relationships with administrators.

“Sometimes they get these personal beliefs or these ideas, whether it’s right or wrong, they don’t care. It’s their personally thought or philosophy. It’s that or the highway,” a teacher said.

This teacher currently works between different schools and doesn’t often interact with administration.

“But on some levels just because of prior experiences that I have had, I’m ok with that. A lot of times, just because of my prior experience, any time that I’m called in for a meeting in the office, I immediately have anxiety set in because I immediately go to worst case scenario,” they said. “I know I’m not the only teacher that thinks that way or feels that way. Kind of a sad way to go in to work every day.”

“If there was ever an increase in the position, even though I am currently working here, I would basically have to apply for the job again,” they said. “Principals in many schools have the final say. If they have a bone to pick with me because I spoke out on something, I can pretty much guarantee that I will not get the job even if I was the most qualified person.”

“It’s not personal against them. I don’t know them as people. They seem to be very nice. It’s not personal against them, it’s how the system is,” they said. “I’ve been told by administration they want music during the day and they could potentially with expanding the schedule by a period. So I know they want it, but it is also the hand they are being dealt from their bosses.”

BUILD Community School doesn’t have general music at the moment for grades K-8 according to a different teacher.

“Our District is slightly screwed up. I’m very fortunate I’m in the building I’m in now,” they said. “The teaching conditions in some schools are awful and others are great. It’s crazy. And I feel the District heads don’t get things need to be fixed.”

They added, “It’s not my supervisors fault.”

Steiner said it’s something they talk about every year in their District music meetings.

“It’s like, got to get to your site based meetings and make sure that everyone wants a music teacher there next year so that you don’t get cut,” she said. “As it stands right now, I could get cut from Hutch Tech. And do I fear that? Well absolutely. And where does that put me next year? I don’t know. Are there going to be any openings? I don’t know. And what does that do to the teachers that are lower on the list? It bumps them. It’s just a terrible thing that these music and art teachers go through every single year. Every single year. This is a problem.”

“We don’t have problems like that in other subject areas because the District is complying a lot. They comply to standard math, ELA, social studies, the languages. They’re complying to those. So they’re handed those in the budget. And in the budget hearing for each school, they list how many teachers you are going to need per student they have in the building, but there is nothing listed for music or art. And I don’t understand. The District should be handing over that,” Steiner said.

And when music programs are reduced or cut, it can force families to pay for private lessons or risk not having music education in their kids’ lives.

That’s not an option for many who struggle financially.

“It’s truly the parents that don’t have that ability that I worry about their kids more than any kids,” said Diina. “Because it’s just not even on their radar. It’s never going to be a part of the fabric of their life. They’re never going to be able to understand music, not just playing it, but hearing it. And those are the kids that I feel most concerned about. My son is fortunate. He has a support system. And honestly, he did have an okay music program for many years.”

Diina said she feels music hasn’t ever been a priority for the District, but credited City Honors for doing a great job with the rest of their curriculum.

“The music thing has truly been the only thing that I have struggled with. My kids were very happy there. They flourished there. But I have noticed that that has kind of dwindled a bit, a lot in correlation with something that was most important,” she said. “You know you wake up in the morning and you go to school and just like work you are like, ‘Oh what do I have today? Oh, I have this and this, but I have music.’ That kind of light in the day hasn’t really been there. That said, I feel very blessed my kids got in to City Honors.”

Parents are expected to file a lawsuit separate from teachers (who did earlier this week) next week regarding the same issue. Diina said most parents don’t have that kind time or energy to understand all of this.

“We simply want music education in the schools. It’s very important for so many reasons. I work at the Buffalo Philharmonic Orchestra. We reach 55,000 kids annually. To see the benefits of that, I know firsthand what it is. I just want to say, cut through all of this bull sh**,” Diina laughed, “and just put some priority on music education in the schools. Period. It’s so simple. Why is it okay to have science, but it’s not okay to have music? It just doesn’t make any sense whatsoever. And I think that’s universal.”