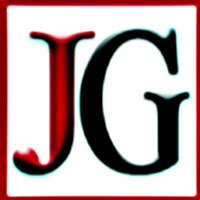 Although that story is probably wrong, it can take a little bit of space to explain what we know and what we don’t know. A U.K.-based company, Oxitec, has been changing the genome of mosquitoes for about 10 years. Its goal, along with several other groups of scientists, is to kill a large fraction of the mosquito population and reduce the diseases associated with mosquitoes, such as malaria, dengue fever and Zika. Malaria is the most deadly, killing about 600,000 people a year.

Oxitec is aiming to develop a gene that can be carried by both female and male mosquitoes. Females with the gene would die quickly.So when a mosquito with the gene has progeny, females would die and males would live, spreading the gene. Eventually, the hope is that the gene would spread within the population, killing all the females and making reproduction for the males impossible. The net effect, scientists hope, is to reduce the overall mosquito population by a lot. A goal of reduction by more than 90% seems reasonable.

That is the aim. It hasn’t been fully developed yet. An early, simpler tool was tested from 2013 to 2015 in a Brazilian city. This gene was designed so that when it was passed to offspring, it killed both female and male mosquitoes.

Oxitec released about 450,000 mosquitoes with the gene per week. As a result of breeding with the local population, Oxitec measured a drop in the total mosquito population of about 90%.

The recent controversy has come from a study by a Yale biologist and collaborators. This group was not associated with Oxitec, but it was interested in studying the effects of the Oxitec mosquitoes.

A couple of very important notes. First, the important, lethal gene that Oxitec developed did not make it into the gene pool. The only genes that made it into the Brazilian mosquito gene pool were genes common, i.e., natural, to the Cuban and Mexican mosquitoes Oxitec used.

The Yale biologist and collaborators claimed that this gene mixing may have made the Brazilian mosquitoes more resistant to insecticides or more likely to transmit disease. There was not any direct evidence supporting this conclusion.

That is, the scientists did not measure that the new mosquitoes were actually transmitting diseases more effectively.

Regardless, the media have picked up the story. As is common, the uncertainty in the speculation has been deleted. The story became that Oxitec had created dangerous, Frankenstein-like mosquitoes in Brazil.

There are two frustrating aspects to this style of thinking about the story. First, we should have more concrete evidence before believing that these mosquitoes have become more dangerous.

Second, it is common to combat malaria by using large amounts of insecticide. DDT used to be common here and is still used in some countries. Using insecticide is familiar to us, but that doesn’t mean it comes without damage to the environment.

Our choice is not between something that dangerous (genetically modified mosquitoes) and something safe (the status quo). All our choices are dangerous. People are dying from malaria, so we currently try to minimize that with insecticide. That’s not great for the environment, but we also don’t like people dying.

It might be that genetically modified mosquitoes are a way we could be gentler on the environment. We shouldn’t assume that just because something is new and unfamiliar, it is more dangerous than what we currently do.

We should let Oxitec have a little breathing room to see whether it can develop a responsible tool.

Christer Watson, of Fort Wayne, is a professor of physics at Manchester University. Opinions expressed are his own. He wrote this column for The Journal Gazette, where his columns normally appear the first and third Tuesday of each month.