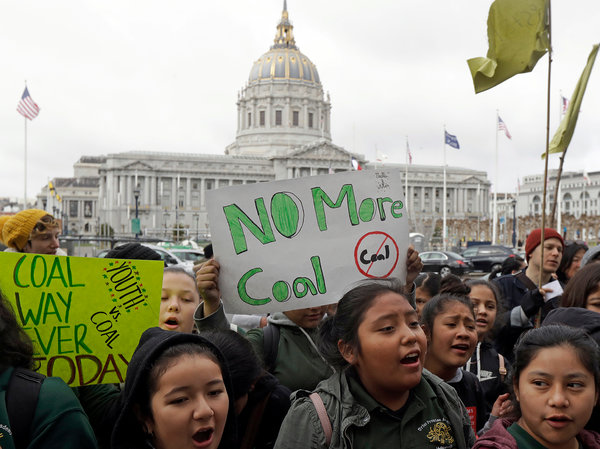 Microsoft has joined a conservative-led group that demands fossil fuel companies be granted legal immunity from attempts to claw back damages from the climate change they helped cause.

The stated goals of the Climate Leadership Council (CLC) include a $40-a-ton fee on carbon dioxide emissions in return for the gutting of current climate change regulations and “protecting companies from federal and state tort liability for historic emissions”.

Microsoft has become the first technology company to join the CLC, which includes oil giants BP, ExxonMobil, Shell, Total and ConocoPhillips among its founding members. Handing legal immunity to these oil companies would squash a cavalcade of recent climate lawsuits launched by cities and counties across the US, including one by King County, Washington, where Microsoft is based.

“When Microsoft is underwater it should ask itself if this is a good deal,” said Matthew Pawa, a lawyer representing King County, which includes Seattle, in its lawsuit against five major oil companies. Pawa also represents New York City in its suing of the same five firms – BP, Exxon Mobil, Chevron, ConocoPhillips and Shell.

“Microsoft and other tech companies have been looking for a whizz-bang technocratic solution to climate change and they think this is it,” he said. “But they don’t know what they are doing. This is a raw deal that would stick taxpayers with the bill for decades of carbon pollution. It’s much like the NRA trying to get Congress to give them a free pass from our system of legal justice.”

Facing rising costs from sea level rise, storms and heatwaves, a growing band of elected officials from across the US have turned to the courts to force fossil fuel producers to pay compensation to ameliorate the escalating damages. Many of these claims point out that firms like Exxon privately knew of the consequences of climate change for at least 40 years, long before it was a public issue, only to deny the problem and block meaningful action to address it.

This raft of legal action – waged by places including Rhode Island, San Francisco and Baltimore – would be nullified under the CLC plan, which was drawn up by veteran Republicans James Baker and George Shultz, both former secretaries of state, and backed by former Federal Reserve chairs Ben Bernanke and Janet Yellen.

Citing the need for a “much-needed bipartisan climate breakthrough”, the CLC is lobbying Congress for a gradually rising tax on CO2 emissions, with the proceeds returned directly to Americans. Under the plan, this would enable regulations on coal-fired power plants to be scrapped and fossil fuel companies to be legally inoculated from any legal ramifications.

Microsoft has said it was motivated to join the CLC due to its support for a price on carbon, which it has backed in Washington state and sees as a key method to drive down emissions. The tech company already charges itself an internal $15 a ton carbon fee on everything from employee travel to electricity used on its premises. By next year, Microsoft expects its data centers will use 60% renewable energy.

“We are getting extremely impatient, frankly, for policy action on climate change,” Lucas Joppa, chief environmental officer at Microsoft, told the Guardian. “We support a carbon fee because we believe its a policy mechanism that works and accords with economic principles. For us, joining the CLC gives us the opportunity to have this debate at a federal level.”

Joppa wouldn’t be drawn, however, on Microsoft’s support for the idea of handing legal immunity to fossil fuel producers. “There are a lot of details involved and we are interested in being part of the conversation,” he said. “The devil is the detail. We are looking to take an inclusive approach. We need to transition away from the use of fossil fuels but that isn’t going to happen without the inclusion of the fossil fuel sector.”

Aside from Microsoft, the CLC’s member companies include Unilever, Pepsico and Johnson&Johnson. A handful of environmental organizations also back the plan, including WWF and the Nature Conservancy.

But other green groups have been sharply critical of the CLC and what they see as a problematic relationship between large oil companies and technology firms, in particular. Last month, more than 6,000 Amazon employees wrote to chief executive Jeff Bezos and the company board to lambast Amazon’s offering of web services to oil and gas companies and its vague plan to reach 100% renewable energy.

Google and Microsoft also offer a range of technologies for fossil fuel companies, with both businesses recently criticized for co-sponsoring a conference that featured groups that deny the science of climate change.

“Microsoft is throwing King County taxpayers under the bus by endorsing the Baker-Schultz-Exxon proposal that would void the county’s lawsuit against Exxon, leaving King County residents on the hook for all the costs of climate adaptation,” said Richard Wiles, director of the Center for Climate Integrity.

“The Baker-Schultz-Exxon plan is lipstick on a pig, or worse, and Microsoft’s endorsement doesn’t earn them any real climate kudos.”

Putting a price on carbon is viewed by proponents as the most effective way of both slashing emissions and garnering support among Republicans who have refused to address the existential threat of climate change. The concept was bolstered last year by the Nobel Prize committee, which handed its economics award to Yale’s William Nordhaus, who has long called for a tax on emissions.

There’s evidence that any carbon fee would have to be ratcheted up swiftly in order to change behaviour and transition the world away from fossil fuels. A landmark report by the UN last year estimated that governments would need to impose carbon prices of $135 to $5,500 per ton by 2030 to help avoid disastrous climate change, with this figure ballooning out to $27,000 a ton by the end of the century.