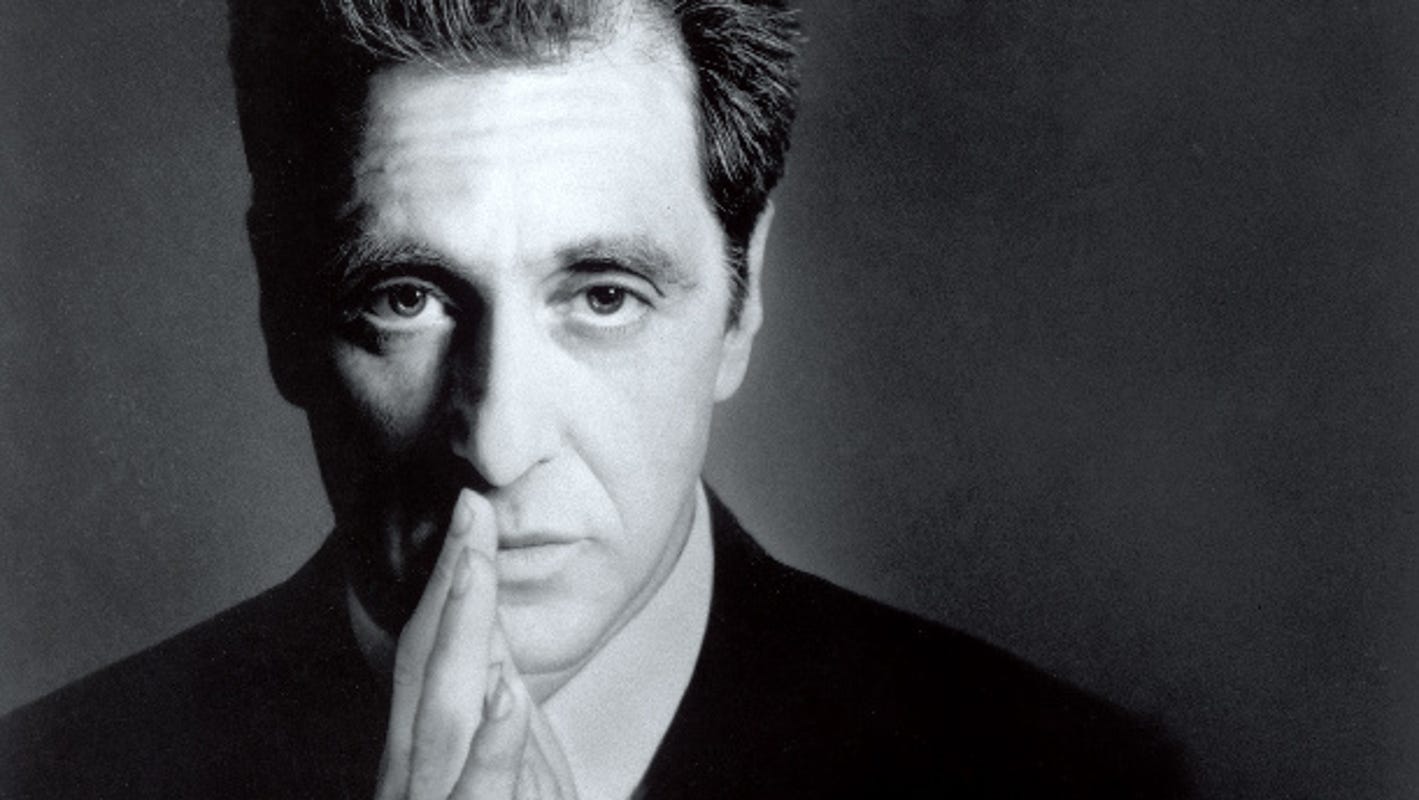 Al Pacino’s Michael Corleone returned to movie screen 30 years ago on Dec. 25 in  “The Godfather: Part III” with a new haircut and a plan to get out of organized crime.

In the third “Godfather,” Corleone struggled to get out of the sordid crime business (“they pull me me back in,” he famously said). Offscreen that new sleek buzz cut was surprisingly big drama during the film’s production.

“It was a really big deal to do it,” director Francis Ford Coppola says now of Corleone’s haircut.

“I had a tough time with it,” Al Pacino told USA TODAY about the hairstyle while discussing the film, which has been re-edited and renamed “The Godfather, Coda: The Death of Michael Corleone” (out on digital and Blu-ray).

The drama didn’t come from Pacino, who came around to accept the new look, “And yet it worked,” he said.

But others spoke out passionately against the hairstyle at the time. Coppola admits that make-up legend Dick Smith and actress Diane Keaton, Pacino’s then-girlfriend who played Corleone’s estranged ex-wife, were dead set against deviating so drastically from the style young Michael showed in 1972’s “The Godfather” and 1974’s “The Godfather: Part II”

Al Pacino as Michael Corleone, striking a business deal in the new beginning of “The Godfather, Coda: The Death of Michael Corleone.” (Photo: PARAMOUNT HOME ENTERTAINMENT)

The Oscar-winning Smith, who was a pivotal crew member in the first two “Godfather” films, even quit the third movie over the haircut, according to Coppola.

“Dick Smith and Diane were against the idea of cutting Al’s hair. Dick Smith resigned over it,” wrote Coppola, answering questions over e-mail.

Pacino, 52 at the time of the film’s release, had to be aged to play Corleone. Smith, who died in 2014, had presented Coppola with conceptual pictures showing Pacino with the same long hair Michael Corleone had worn in the past two films, but appropriately aged.

But the director wanted to go in a different direction.

“I wanted to do something that would be a real demarcation between the long-haired Michael in the first two films and this new mature one,” Coppola explained. “My thought was to establish a look unique to Al at that age, the kind of semi-graying ‘crew cut’ that you sometimes saw in powerful ex-military or business men.”

Al Pacino had long-ish hair as Michael Corleone, the youngest son in the Corleone crime family, in “The Godfather.” (Photo: PARAMOUNT PICTURES)

In an interview with Deadline, Coppola said his ultimate decision to cut Michael Corleone’s hair led to a set “rebellion … I did it and I didn’t know why I was so sure I was right to do it that I would even go up against someone I was so grateful to as Dick Smith, which was the end of our relationship. He never spoke to me again.”

Pacino wasn’t as passionate about the cut and his vision for Corleone was a little more out there than Smith’s. The actor initially envisioned “long flowing hair,” butmore manifestations of the guilt Michael carried within himself.

“I imagined dissipated cheekbones, a Howard Hughes-type character, sunken cheeks,” said Pacino. “Francis directed me in another direction. And I’m very grateful for that. Because I didn’t know where I was going to go with that other one.”

“That’s why it’s always good to listen to your director,” said Pacino. “He did cast me in the film.”

Pacino and Diane Keaton attend the premiere party for “Sea of Love” on Sept. 12, 1989, at Tavern on the Green in New York City. (Photo: Ron Galella, Ltd., WireImage)

Rather than the hair, Pacino insisted the bigger public reaction came from seeing how much the actor had apparently aged (due to the make-up). Movie fans were surprised to see the marked difference between Pacino’s Frank Keller in the 1989 drama “Sea of Love” to his gray-haired Corleone in 1990.

“People were saying, ‘What happened to Al? He got old!’ ” Pacino said. “They were so surprised how much I had aged in even one year since ‘Sea of Love.’ “