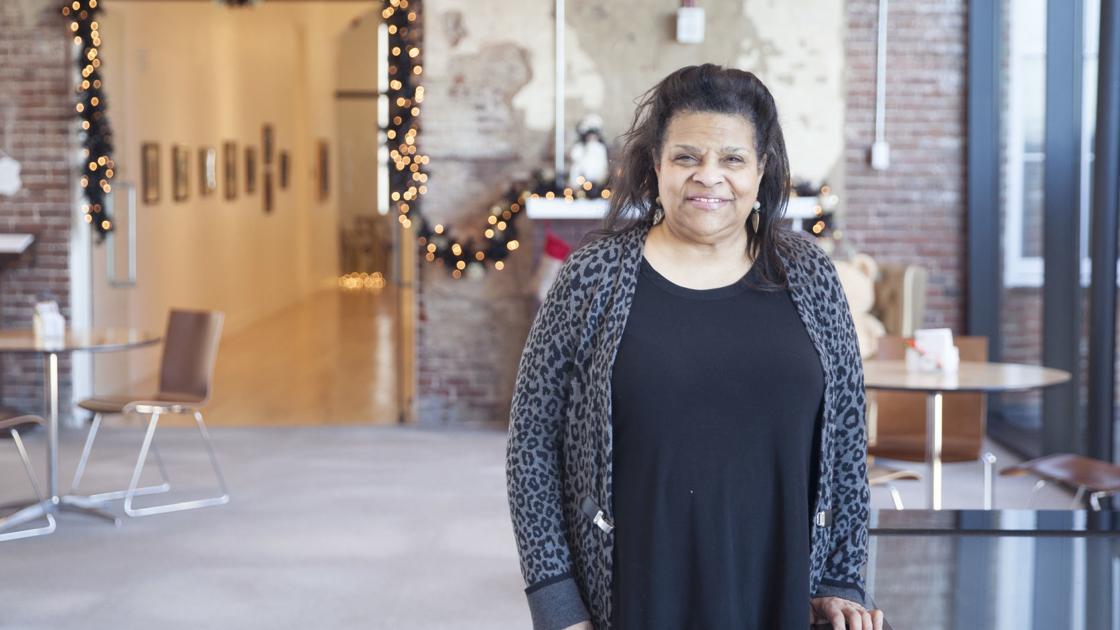 When Mary Lauderdale moved to Richmond in 1995, it was the first time in her life when she didn’t have a job.

At 35, she was starting over. She started volunteering at the Black History Museum, where she did everything from stuff envelopes to lead tours.

After a year or two, the director came to her and said, “I have a position opening.

“I always tell people, volunteering can lead you to a lot of opportunities,” Lauderdale said.

Her official title is visitor services manager, but because the museum has a small staff , Lauderdale does a little bit of everything.

“Mary has been the glue that has held things together,” said Adele Johnson, executive director of the museum. “She’s been the consistent base of the museum for 22 years. People look at her as the one that they can count on.”

Lauderdale has helped in the gift shop, made photocopies and helped develop exhibits.

One of her biggest jobs was helping move the Black History Museum from its location on Clay Street to the old Armory building on Leigh Street. Listed on the National Register of Historic Places and the Virginia Landmarks Registry, the Armory was built in 1895 for an African American municipal militia organization.

She said the board considered the Armory in the 1980s when it was originally looking for a permanent home for the Black History Museum. She remembered how the building had been damaged by fire and how snow was falling down into the exposed beams.

At the time, it was too big of a project for a new institution, which settled on a building at 00 Clay Street in historic Jackson Ward and opened to the public in 1991.

“I love the old building on Clay Street. But to be here now [in the former Armory], it’s just, wow,” Lauderdale said.

The Black History Museum on Clay Street closed in 2013. The newly restored building on Leigh Street opened to the public in 2016.

One of her favorite things about the new museum is the technology. Lauderdale said that if the museum hadn’t waited for the new building, the technology wouldn’t have been ready.

The ground floor of the Black History Museum has a 35-foot interactive timeline that charts important moments in black history from before the Christian era to the present day.

She also likes the genealogy table where visitors might find a relative or make a connection.

In her spare time, Lauderdale likes to read, play with her two dogs and quilt. She’s a member of an African American quilting bee called Sisters of the Yam that has been together for 18 years.

At the museum, Lauderdale continues to pitch in and help out with everything from greeting people at the door to her leading groups on tours.

“On a daily basis, you never know what’s going to happen here at the museum,” she said.

“We tell the untold and forgotten stories of African Americans,” Johnson said. “When Mary gives a tour, she’s able to share things that you’re not necessarily going to read in the history books that may have come from oral histories or from people in the community. She has that back story that makes a visit to the museum that much more engaging and memorable.”

“A door opened for me here,” she added, “and it still hasn’t closed.”