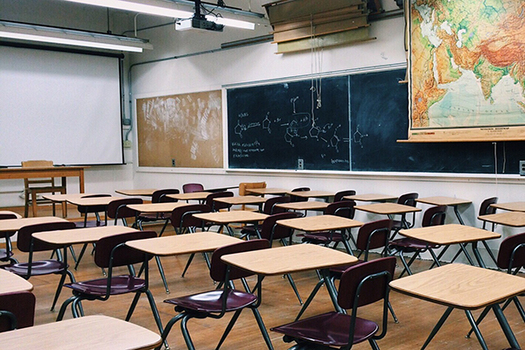 It’s been several months since legislation to boost funding for public schools has had a hearing at the State House. (Wokandapix/Pixabay)

BOSTON – Parents and teachers are usually thinking about kids getting back to school in late July — but in the Commonwealth, it’s school funding that’s top of mind.

It’s been nearly four years since a bipartisan commission found Massachusetts was underfunding schools by more than $1 billion. So late last week, parents and educators rallied on Beacon Hill for action on two bills that seem to have stalled. The Promise Act would add $1 billion in funding for public pre-K through high school education – delivering the bulk of new resources to the most economically disadvantaged districts.

Parent Alicia Fleming was at the State House. She said her son isn’t receiving the quality education she did decades ago in Massachusetts.

The budget review commission found while schools appear to perform well nationally, the state’s funding model is “grossly inequitable,” and schools are going without resources some might consider standard. The Promise Act hasn’t had a legislative hearing since March.

“Massachusetts has been systematically underfunding the public schools for the past 25 years,” Taylor said. “That results in cities and towns that have to scramble in order to find the funding and make up for the deficit. I have now graduated another class of students who have never experienced fully funded public education in Massachusetts, and it’s time to change that.”

Public-education supporters also are pushing another piece of legislation, the Cherish Act, which would address funding for public higher education. Its last hearing was held at the end of April.