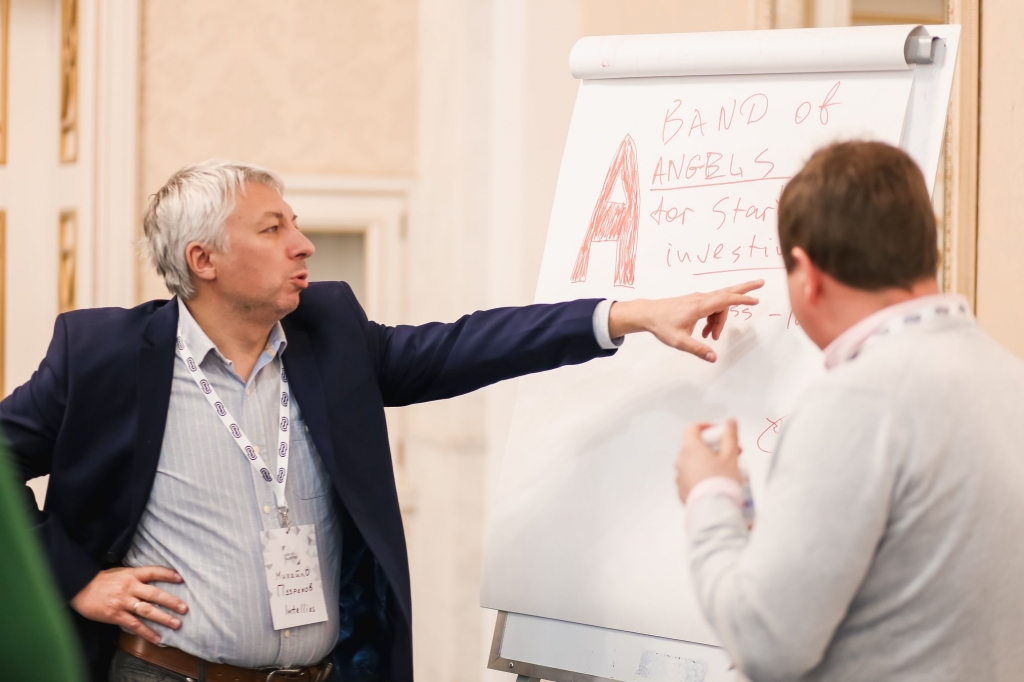 Traditionally, Lviv has been better known for its IT outsourcing and software development industry than tech start-up investment. Lviv Tech Angels wants to change that. The genesis of this group comes from the Lviv IT Cluster, which currently has about 80 technology companies as its members. Lviv IT Cluster activities include the annual Lviv IT Arena conference, which is among the largest technology events in Eastern Europe.

Lviv Tech Angels now has about 10 members who come from the Lviv IT Cluster. Michael Puzrakov (pictured above, left), the COO, chairman and co-founder of the Ukrainian custom software development company Intellias, is also a founding member of the new regional investment community.

“There is a fairly large tech community in Lviv that consists of companies doing custom software development, but not producing, developing or selling their own products,” he points out. Other founding members include Volodymyr Chirva, co-founder of Sigma Software, and Andriy Pavlov, CEO of N-iX. He and his colleagues hope to improve the climate for tech start-ups in Lviv and Ukraine overall.

In what is considered a high-risk activity, angel investors use their own money to fund early-stage tech start-ups. Along with their financing, angel investors provide much-needed expertise and networking connections for entrepreneurs.

According to the AVentures 2019 DealBook of Ukraine, angel investors provided only about three per cent, or 900,000 US dollars, in early-stage funding for Ukrainian tech start-ups in 2018. The majority (88 per cent) of early-stage financing came from foreign venture funds.

Puzrakov says that tech start-ups from throughout Ukraine will be considered for funding based on the individual preferences of the group’s members.  Funding could be in the range of 10,000-100,000 US dollars, but no set pool of money has been allocated so far. At present, only members of the Lviv IT Cluster can join Lviv Tech Angels, but outsiders might be considered for membership in the future.

This article was first published at Ukraine Digital News (UADN). You can listen to an interview with Michael Puzrakov here.