Live: Trump meets Kim at the DMZ in historic moment 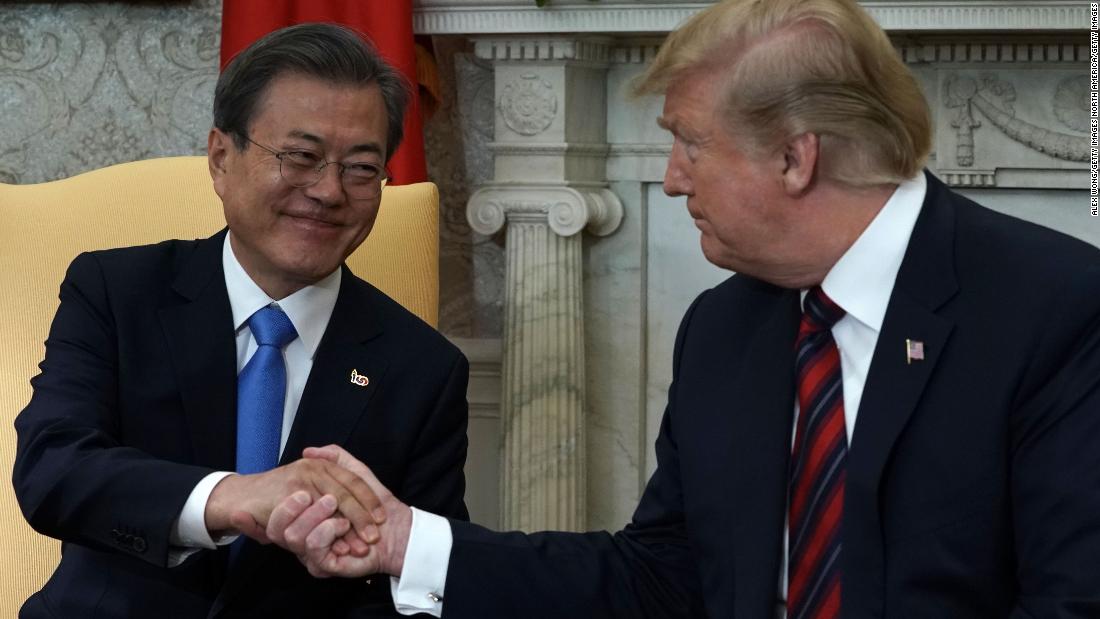 Live: Trump meets Kim at the DMZ in historic moment

US President Donald Trump appeared to invite North Korean leader Kim Jong Un to visit Washington after they met at the demilitarized zone (DMZ) between the Koreas.

“I’ll invite him to the White House right now,” Trump said, shortly after becoming the first sitting US President to cross into North Korea.

No North Korean leader has ever visited the US. It would be a colossal diplomatic achievement for Kim, who already achieved what none of his predecessors did in sitting down with a US leader when he met Trump for the first time in Singapore.

North Korea has long demanded to be treated as an equal by other countries, particularly the US. A summit in Washington would be be the greatest example of that and one that would be seen as a huge victory for Kim.